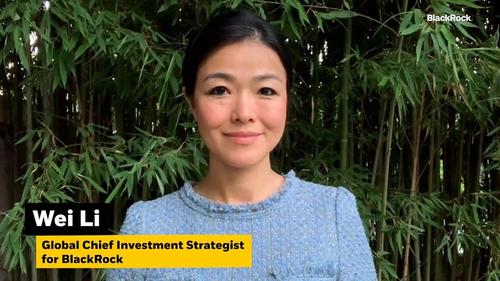 Back in September, when the Fed was still lying to itself and to the people that inflation was “transitory”, yet when the first hints the Fed would have to tighten soon emerged, we asked a simple question: “How Exactly Do Central Bankers Plan To Resolve Supply Chain Bottlenecks.” It is a question that nobody has answered yet for the simple reason that there is no answer: the Fed can at best adjust demand-side inflation but when it comes to supply chain bottlenecks (which as we showed earlier today are about to get much worse), the central banks is completely helpless.

Fast forward 5 months when the same question appears to be bothering BlackRock Investment Institute’s global chief investment strategist, Wei Li, who said in a Bloomberg TV interview that central banks are in a “very tricky spot” this year as they try to fight inflation that’s driven by supply factors, and that at the same time, four rate hikes may not be enough to control price pressures.

As a result, she said that “it’s really difficult for central banks to stabilize inflation without destroying activity,” which is precisely the point we have been making for weeks, when we say – over and over – that tightening into the current global slowdown will do nothing to address the supply-driven inflation and will instead send the economy into a stagflationary abyss, not to mention crash markets.

Or, as Li puts it, given inflation dynamics are supply-driven, “central banks should not lean too aggressively against inflation” as to not damage activity.

She also noted that the one silver lining is that growth is still “reasonably robust” but the economy is coming down from very elevated levels last year. As such the Fed may misinterpret continued slowdown with its policy working, when in reality it will only be making matters worse.

In any case, the Blackrock strategist expects “inflation to settle at levels higher compared with what we got used to, even as supply bottlenecks ease because of structural factors at play.”

In terms of markets, the firm continues to prefer developed-market stocks to emerging markets through support from fundamentals with “okay” growth and earnings.

“We see a broader robust outlook for DM equities and this is where we’re having big conviction at the moment”, although a few more days like today and we are confident that the world’s largest asset manager will changes it tune.

Crypto market stabilises, but one analyst sees BTC dipping as low as US$25-$28k

Cryptos have stabilised somewhat after the weekend crash, but some are predicting there could be more damage to come. Bitcoin … Read More
The post Crypto… 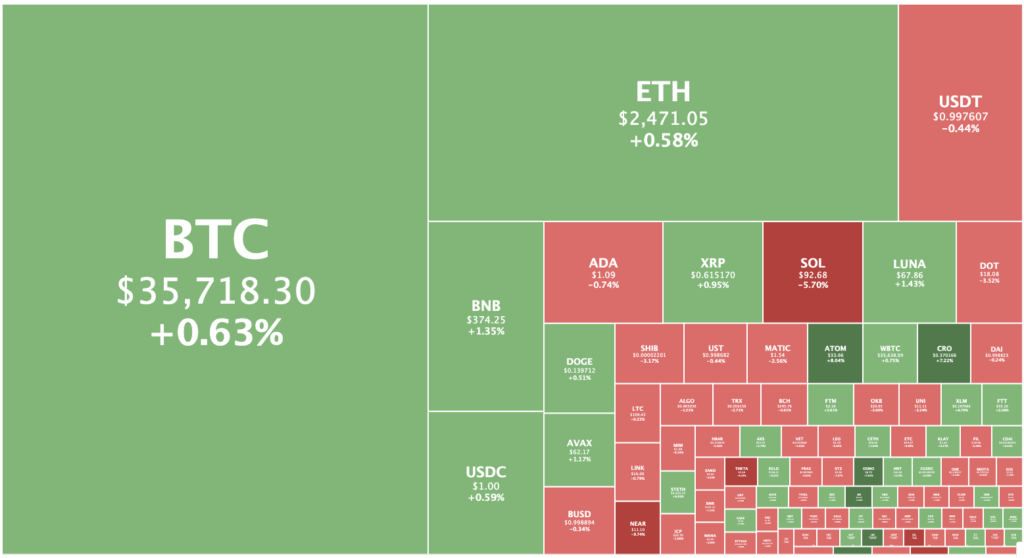 Cryptos have stabilised somewhat after the weekend crash, but some are predicting there could be more damage to come.

For a contagion driven asset with no economic anchor such as #BTC, a falling price does not make it “cheaper” and more attractive. A falling price makes it less desirable &, paradoxically, more expensive.

Why? Because price is its ONLY information.

Pepperstone analyst Chris Weston told Ausbiz TV that he thought one reason for the crash was that last week US Securities and Exchange Commission chairman Gary Gensler announced he wanted to increase regulation on crypto exchanges.

“It was sort of hitting a market that was already in freefall and obviously trending lower, there was sort of a momentum move there…so obviously, in a decentralised world, you can’t really outlaw crypto, but what you can do is go after the first derivative of what, which is of course if the way of getting fiat in the system through the exchanges.”

Weston said he saw crypto as a “high beta macro play more than anything else” and as liquidity comes out of the market with interest rates rising, he expects that people will be selling rallies.

“The bigger picture here is a market front-running and moving out, and not fighting the Fed,” he said.

While the crypto market was up 3.0 per cent to US$1.66 trillion at lunchtime, the selloff has left most coins deeply in the red for 2022.

Everything else is in the red, with the biggest laggard being Filecoin, down 44.7 per cent since the beginning of the year.

The post Crypto market stabilises, but one analyst sees BTC dipping as low as US$25-$28k appeared first on Stockhead.

By Eric Peters, CIO of One River Asset Management 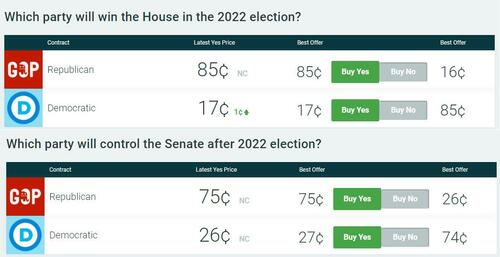 By Eric Peters, CIO of One River Asset Management

“Covid-19 has created a lot of economic complications, including rapid price increases across the world economy. People see it at the gas pump, the grocery stores, elsewhere,” said America’s president, panicked, but careful, staying on script. “The Federal Reserve provided extraordinary support during the crisis for the previous year and a half,” continued Biden.

“Given the strength of our economy and pace of recent price increases, it’s appropriate – as Fed Chairman Powell has indicated – to recalibrate the support that is now necessary.”

Stock markets extended losses, the most speculative assets suffering horribly. “The critical job of making sure elevated prices don’t become entrenched rests with the Federal Reserve, which has a dual mandate: full employment and stable prices,” explained Biden, carefully pre-apportioning blame to the Fed Chairman for the Democrat’s House and Senate losses this coming November.

Powell drifted back to simpler times, in 2018, when his job was easy, but his boss would berate him. “I’m just saying this: I’m very unhappy with the Fed because Obama had zero interest rates,” Trump told the WSJ in October 2018, “Every time we do something great, he raises the interest rates.”

Powell considered how profoundly times had changed. In his 2018 hiking cycle, it took 225bps of rate hikes to tank stocks.

But that was before Covid-19, economic collapse, and vast deficits, funded by the Fed. It was before inequality soared to levels previously undreamed of.  Before supply chains were impaired, auto and house prices surged, inflation hit 7%, and real wages contracted.

And it pre-dated the breathtaking hyper-financialization of the US economy, which meant that even talking about rate hikes now produces wild market swings.

Such is the precarious state of financial markets that their prices are falling sharply because the Fed is verbally tightening, even as it is still actually easing. And Powell quietly wondered what his new boss would demand he do, if markets were to plunge, while inflation remains near 40yr highs.

Sifting Through the Bad News for Our Next Profit Opportunities

Naturally, with the current stock market environment, investors are concerned. Why? The S&amp;P 500 has dropped 5.17% from its all-time highs to the low… 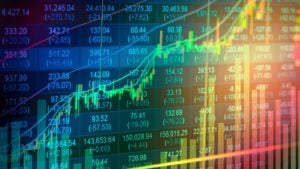 Naturally, with the current stock market environment, investors are concerned. Why? The S&P 500 has dropped 5.17% from its all-time highs to the low on Tuesday.

Although stock market drops are usually faster than stock market rallies, the two weeks it took to drop this far are a little slower than average for a bearish move. This indicates that although sentiment is negative, there isn’t any panic.

Is the decline related to the Fed raising rates, rising inflation, the Omicron variant causing work and school outages, or is this a natural retracement following a rally? Although this is probably a combination of all four factors, the connection with the Fed is tough to ignore.

More and more, this is starting to feel like last September when concerns about the Fed were driving long-term rates higher very quickly. Like it did last fall, the yield on the 10-year treasury has jumped nearly 10% since Friday… which is cause for concern.

However, we’re not worried; as we have said many times over the last few weeks, bear markets are scarce when earnings growth rates are still positive. Now that we have a few more reports under our belt, the early fourth-quarter reports look good, although there have been a few misses that were disruptive — like JPMorgan Chase & Co. (NYSE:JPM), The Goldman Sachs Group (NYSE:GS), etc.).

Stock market volatility is high, which isn’t unusual for earnings season, but the pace of rising rates has made traders a bit more bearish than usual.

As long as earnings continue to look positive, we will watch the stock market indices’ technical levels to confirm that a bounce is coming before the end of the month.

Trading Opportunities for This Week

The weekly unemployment claims numbers are usually not worth paying much attention to. The data is noisy and does not have a good correlation with the stock market. However, the exception to that rule is when the number of new claims of unemployment is unusually high.

Wednesday’s weekly unemployment claims release isn’t as shocking as the levels of the pandemic, but it was a big jump up from 230K new claims last week to 286K claims this week. This is not good news, but it should add weight to our view that the stock market is nearing support.

Traders are trying to price in the effect of the Fed tapering its bond-purchase program and its plans to raise the overnight rate this year. We think traders have probably overshot the impact, and long-term rates are likely to consolidate or fall in February. What may help that happen is if traders see this week’s unemployment claims numbers as an incentive for the Fed to be more patient with its tightening plans.

The old “bad news is good news” phenomenon isn’t a new idea; we have seen this play out many times over the last few years. At this point, it is still speculation, but we wouldn’t be surprised at all if the stock market popped up this week because of the bad news rather than in spite of it.

Moreover, rising Treasury yields have been pushing a lot of stocks lower this week, but we’ve got two stocks in our portfolio that are seeing big bounces this week.

Could this be behind the next wave of millionaires?

We targeted two plays with this approach — and it’s not the first time we’ve done so.

As you can see from the chart below, we’ve had overarching success with plays like these… so we’re confident that these recommendations may work out the same.

There’s still time to get in on these trades — and others we recommend. Just click here to learn how to gain access.

We’ll be back with you next week.

The post Sifting Through the Bad News for Our Next Profit Opportunities appeared first on InvestorPlace. 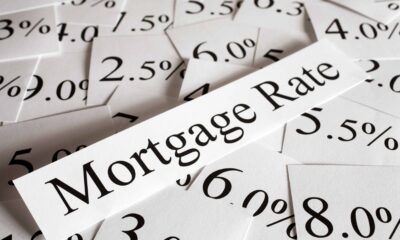 Stocks Roughed up to End Week 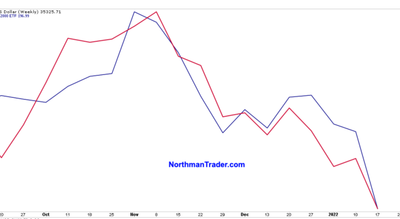 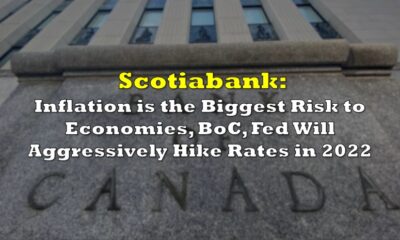 Scotiabank: Inflation is the Biggest Risk to Economies, BoC, Fed Will Aggressively Hike Rates in 2022 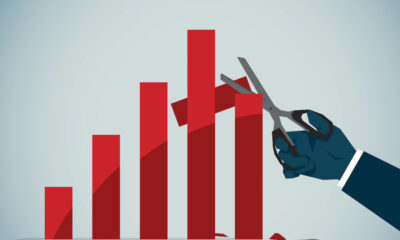 Here Comes The Pivot: JPM Sees Sharp Slowdown In US Economy, “No Further Hawkish Developments From The Fed” 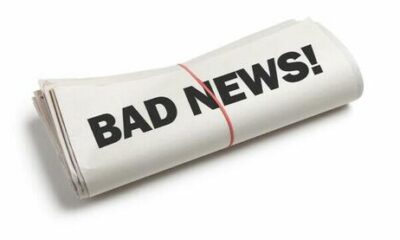 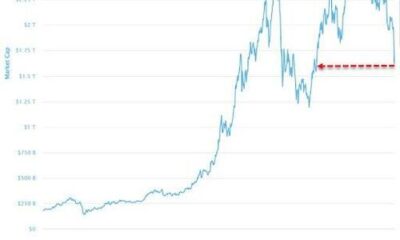 Fear And Panic As Bitcoin Crashes 50% From All Time High 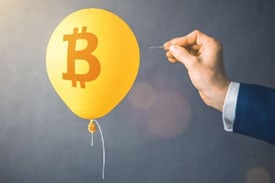 The Case Against Price Controls