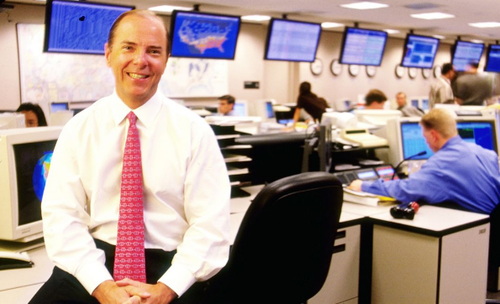 In a move that is totally, 100% not a glaring reminder of Enron, Tesla is reportedly looking to staff an energy trading team in California and has also recently applied to begin marketing electricity in Texas.

The team is being set up to "support [Tesla's] battery and renewable power projects," Reuters reported Wednesday. Tesla's "expanded operations" include home solar and large battery storage, the report notes.

A LinkedIn postby Julian Lamy, who described himself as a senior optimization software engineer for Tesla read: "I'm building a new team at Tesla focused on Energy Trading and Market Operations."

John McClellan, a managing director at recruitment firm Aurex Group, told Reuters: "Tesla Energy is on their way to becoming a distributed energy provider at the residential level as well as utility scale."

The company plans to use an in-house automated trading platform, called Autobidder, for "bidding batteries into multiple wholesale energy markets," according to the job description on Tesla's website.

The job requires expertise in wholesale electricity markets, and the candidate will "lead trading and real-time operations for battery, solar, and wind projects participating in wholesale energy markets," using Autobidder, according to the job posting.

No word on whether or not Jeff Skilling, who has recently ventured back into the energy industry, is being teed up for an executive role at Tesla's newly proposed operation.

Uranium Price is Melting Up – Hits a 9 Year High

Uranium prices have hit an nine-year high. The nuclear fuel was trading above $50 a pound this week for the first time since July 2012…

Uranium prices have hit an nine-year high. The nuclear fuel was trading above $50 a pound this week for the first time since July 2012. The launch of a new investment trust by Canadian asset manager Sprott has spurred renewed interest in the commodity.

Shares in uranium-linked stocks, including UK-listed Yellow Cake and Aura Energy, have surged, says Will Horner in The Wall Street Journal. Investors are piling in. On WallStreetBets, the Reddit internet forum known for catalysing the surge in GameStop shares earlier this year, Canadian uranium business Cameco is “the third-most-discussed company”.

The buying craze has become detached from fundamentals, says Jinjoo Lee in the same paper. Don’t expect to jump in and make a quick buck. Still, on a longer-term view there are reasons to be bullish. Uranium has been in the doldrums for much of the past decade. The 2011 Fukushima disaster cast a cloud over the market, says Myra Saefong in Barron’s.

Now the push to cut carbon emissions is brightening the outlook. China is betting big on the technology: “Over 60% of the new plants commissioned over the past decade” worldwide have been in the country. New reactors will continue to come online over the next few years, driving a steady increase in uranium demand. In 2019 The World Nuclear Association forecast “a 26% increase in uranium demand from 2020 to 2030”.

When it comes to markets, sometimes, things just don’t go your way. After rising quickly in a sudden bull market
The post Blue Sky Uranium Sued By Environmental… 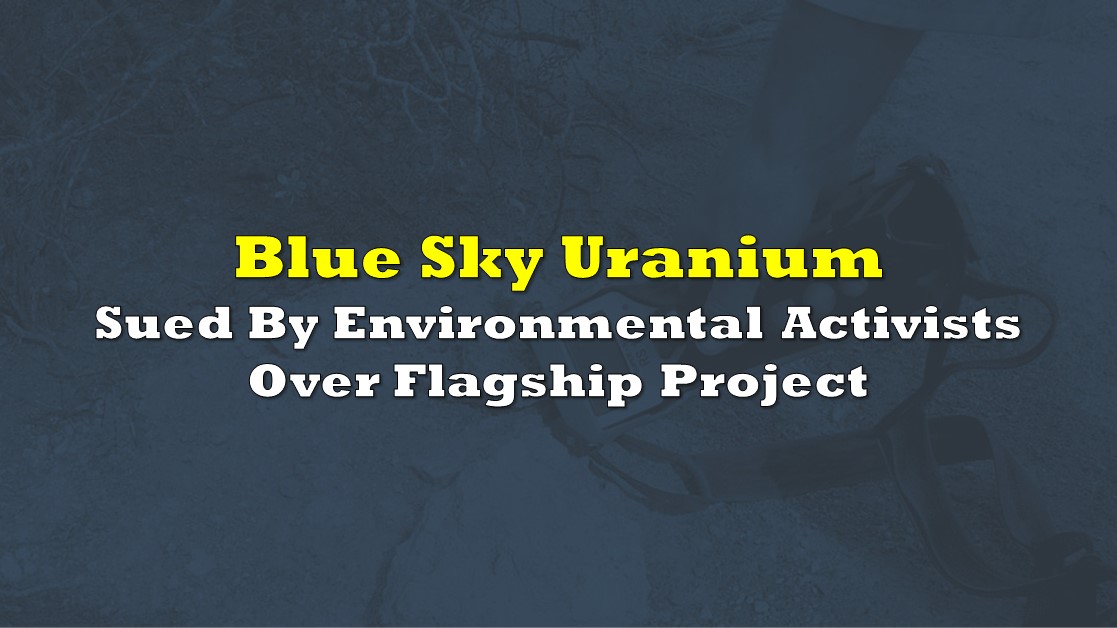 When it comes to markets, sometimes, things just don’t go your way. After rising quickly in a sudden bull market for uranium, Blue Sky Uranium Corp (TSXV: BSK) appears to have just had the rug pulled out from under it.

After waiting years for a bull market, the company this morning notified the market that just when things were going its way, its become embroiled in a lawsuit. The firm this morning indicated it has received noticed that anti-mining and environmental activists in Argentina, where the company is focused, have taken aim at its flagship asset, the Amarillo Grande project.

The activists have filed a lawsuit before the Supreme Court of the Province of Rio Negro in the country, arguing for environmental protection rights, or Amparo, against the project. The bright side here, is that attempts to halt exploration of the properties via a preliminary request until the final decision was made on the case was denied by a Judge assigned to the matter.

Also included in the lawsuit is the Government of Rio Negro, whom is defending the claim. The company for its part states that it has obtained all relevant permits, and believes that the claims made by the activists are without merit.

In the interim, Blue Sky has stated that it intends to proceed with its planned exploration of the properties, working under the pretense of “business as normal.” The company indicated that it continues to proceed with its ongoing drill program as planned, wherein the firm is currently drilling 4,500 metres in aggregate on its Amarillo Grande Uranium-Vanadium project.

Blue Sky Uranium last traded at $0.355 on the TSX Venture.

Global vehicle manufacturer General Motors (GM) has advised its customers to park their Bolt electric cars at least 50 feet away from other vehicles due to the risk of fire, according to a report published by StreetInsider.com.

The company said, “In an effort to reduce potential damage to structures and nearby vehicles in the rare event of a potential fire, we recommend parking on the top floor or on an open-air deck and park 50 feet or more away from another vehicle.”

GM has also advised not to leave Bolt EVs unattended while charging, even if the customer is using a charging station in a parking deck. Earlier, GM had requested Bolt owners to park their vehicles outdoors, away from structures, and to not charge them overnight.

The new warning comes after the company recalled over 140,000 Chevrolet Bolts, manufactured since 2016, due to the risk of batteries catching fire. There are confirmed reports of at least 12 vehicles catching fires but more continue to be reported. (See General Motors stock chart on TipRanks)

On September 13, Barclays analyst Brian Johnson reiterated a Buy rating on the stock and lowered the price target to $68 from $71 (32% upside potential).

In a research note to investors, the analyst said, “The semiconductor chip shortage is driving further downside to GM North America wholesales, but GM can still deliver results inside its guidance range.”

Overall, the stock has a Strong Buy consensus rating based on 13 Buys and 1 Hold. The average General Motors price target of $73.36 implies 42.4% upside potential. Shares of the company have gained 61.4% over the past year.

The post GM Advises Bolt Owners to Park 50ft Away From Other Vehicles — Report appeared first on TipRanks Financial Blog.

Is It Time To Sell Uranium Energy and 6 Other Meme Stocks Before They Hit $0? 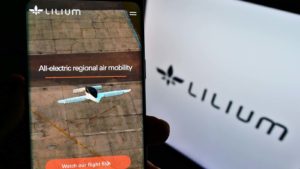 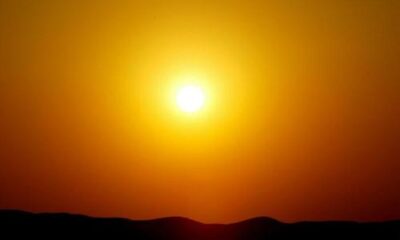 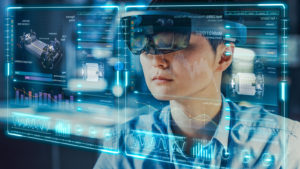 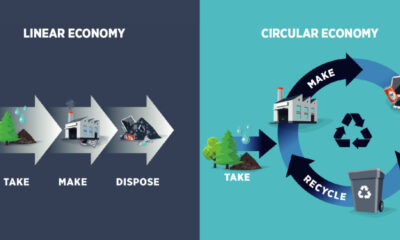 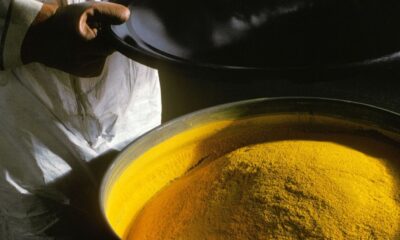 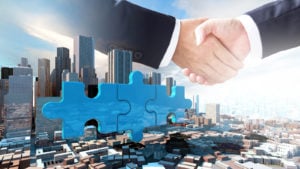 Fireside Chat: The Future of SPACs Is Bright Despite Early Chaos 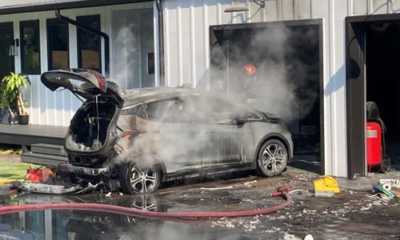 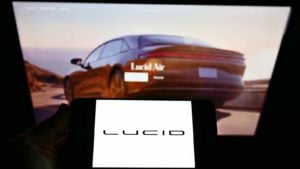 LCID Stock Revs Up on Record-Setting Nod From the EPA 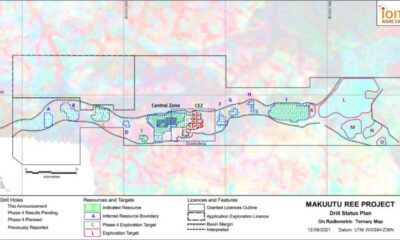 Ionic’s Makuutu infill drilling is ticking all the right boxes