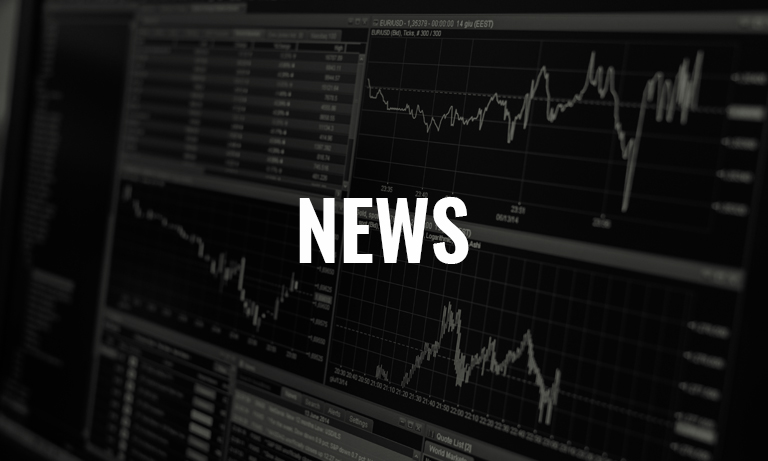 Lombardo Paredes, Chief Executive Officer of Gran Colombia, commenting on the Company’s latest results, said, “We have maintained a steady pace of production in the third quarter of 2021, which included a planned four-day maintenance shutdown at the Maria Dama plant in July. With our trailing 12-months total gold production from Segovia at the end of the third quarter amounting to 201,187 ounces of gold, up 2% over 2020, we are confident we will meet our production guidance at Segovia for the full year of 200,000 to 220,000 ounces of gold. We are on track to complete our expansion of the Maria Dama plant to 2,000 tonnes per day (“tpd”) in the fourth quarter of 2021 and our mine and brownfield exploration programs are proceeding as planned. In addition, commissioning of the new polymetallic plant at Segovia is nearing completion and we expect to have our first concentrate production in the fourth quarter of 2021. At the end of September 2021, we had a cash position of approximately US$329 million, including the net proceeds of approximately US$268 million from the US$300 million offering of Senior Unsecured Notes due 2026 (“Notes”) completed in August that have been set aside to fund the Toroparu Project in Guyana. The Gold Notes were fully redeemed in September using a portion of the net proceeds of the Notes. At the end of September 2021, in addition to the Notes, we had CA$18 million of Convertible Debentures outstanding.”

Gran Colombia announced today that it will release its results for the 2021 third quarter and first nine months of 2021 after market close on Thursday, November 11, 2021 and will host a conference call and webcast on Friday, November 12, 2021 at 9:00 a.m. Eastern Time to discuss the results.

Webcast and call-in details are as follows:

A replay of the webcast will be available at www.grancolombiagold.com from Friday, November 12, 2021 until Friday, December 10, 2021.

Gran Colombia is a mid-tier gold producer with a proven track record of mine building and operating in Latin America. In Colombia, the Company is currently the largest underground gold and silver producer with several mines in operation at its high-grade Segovia Operations. In Guyana, the Company is advancing the Toroparu Project, one of the largest undeveloped gold projects in the Americas. Gran Colombia also owns an approximately 44% equity interest in Aris Gold Corporation (TSX: ARIS) (Colombia – Marmato), an approximately 27% equity interest in Denarius Silver Corp. (TSX-V: DSLV) (Spain – Lomero-Poyatos; Colombia – Guia Antigua and Zancudo) and an approximately 26% equity interest in Western Atlas Resources Inc. (TSX-V: WA) (Nunavut – Meadowbank).

Additional information on Gran Colombia can be found on its website at www.grancolombiagold.com and by reviewing its profile on SEDAR at www.sedar.com.

VANCAOUVER, BC / ACCESSWIRE / October 15, 2021 / CopperBank Resources Corp. ("CopperBank" or the "Company") (CSE:CBK)(OTC PINK:CPPKF)(FRANKFURT:9CP) is pleased to announce that earlier today shareholders of Copperbank voted at the special meeting of shareholders (the "Meeting") to approve the long term incentive plan of the Company (the "LTIP"), as further described in the management information circular of the Company dated September 14, 2021, with approximately 98% of votes cast in favour of the new LTIP. Additionally, the company is pleased to announce key appointments to the senior leadership team.

As previously announced in the Company's September 2, 2021 press release, the board of directors of CopperBank approved grants of 9,650,000 stock options to eligible participants under the LTIP, which grant was subject to the approval of the LTIP by shareholders. The grant, which will be effective as of today's date, permits each holder to purchase one common share of the Company for each option held at a price of $0.40 for a period of three years.

The Company is also pleased to announce that Graham Richardson, Thomas Bissig and Zach Allwright will be joining the leadership team as Chief Financial Officer, Vice President of Exploration, and Vice President of Projects and Evaluations, respectively. Paul Harbidge, President and Chief Executive Officer, commented, "I am very excited to welcome Graham, Thomas and Zach to the CopperBank team as we work on advancing our exciting copper projects in the world-class mining districts of Arizona and Nevada. It is a testament to the quality of the projects that we have been able to attract three key senior individuals and I look forward to leveraging their experience and expertise as we work to unlock the value inherent in the CopperBank portfolio."

Mr. Graham Richardson joined the Company on October 15, 2021, as Chief Financial Officer and is a Canadian CPA with over 10 years of finance experience in the mining sector and a proven track record of adapting and partnering with various levels of organizations to achieve desired outcomes. In his most recent role as Senior Director, Finance and Accounting at Fortuna Silver Mines Inc., Mr. Richardson was closely involved in the financial due diligence and integration activities in connection with the acquisition of Roxgold, while also being responsible for the delivery of the quarterly reports and oversight of the finance function and Vancouver Corporate Office. Previously, he was the Assistant Controller, North America at Newmont, following the acquisition of Goldcorp in April 2019. Prior to his role with Newmont, he was the Director, Finance Performance Management at Goldcorp after joining in 2016 and holding progressively senior finance roles within the organization. Mr. Richardson started his career with Deloitte Touche Tohmatsu Limited in their mining practice in Vancouver, and subsequently Melbourne, where he gained diverse experience working with operations across Canada, Australia, USA, Mexico and West Africa. Mr. Richardson has a Bachelor of Commerce in Accounting from the University of British Columbia, Sauder School of Business.

Dr. Thomas Bissig joined the Company on October 1, 2021, as the Vice President of Exploration. Dr. Bissig is a geologist and geochemist with more than 23 years of experience in exploration and applied research on porphyry and epithermal deposit types across the Americas. He most recently worked as a consulting geoscientist providing services ranging in scale from orebody knowledge to regional exploration. From March 2017 to February 2020 he held the position of Director, Geochemistry for Goldcorp/Newmont providing subject matter expertise to exploration teams across the Americas. From 2008 to 2017 he was a senior research associate at the Mineral Deposit Research Unit at the University of British Columbia (Vancouver, Canada) where he was responsible for multiple gold and copper research programs and exploration, focused in the Andes, British Columbia, Nevada and Eastern Europe. Dr. Bissig was also a Professor at the Universidad Catolica del Norte in Antofagasta, Chile from 2004 to 2007 after graduating in 1997 from the Swiss Federal Institute of Technology (ETH) in Zürich with a diploma in Earth Sciences. Dr. Bissig carried out his PhD research at Queen's University in Kingston (Ontario, Canada) on the metallogeny of the El Indio epithermal belt in Chile and Argentina, graduating in 2001.

Mr. Zach Allwright joined the company on October 15, 2021, as the Vice President of Projects and Evaluations. He is a skilled mining professional with 15 years of diversified international experience, specializing in asset optimization and technical evaluations. In his most recent role as Director, North America for Mining Plus Consulting (part of the Byrnecut Group from Australia), he successfully delivered an extensive range of technical studies and asset evaluations in team environments. Notable engagements include the delivery of technical advisory to GT Gold (supporting the subsequent acquisition by Newmont in May 2021), facilitating the mining technical due diligence for Goldcorp culminating in the Newmont/Goldcorp merger in April 2019, leading the transformation of Lac Des Illes mine through the implementation of sub-level caving 2015-2018 and advancing the Pumpkin Hollow (Nevada Copper) project from an optimized concept to first production between 2016 and 2018. Mr. Allwright (P.Eng) holds a Mining Engineering degree from the Western Australian School of Mines and an MBA from Curtin Graduate School of Business.

CopperBank is a Canadian exploration company focused on advancing two copper projects in The United States of America. The Company trades on the Canadian Securities Exchange under the symbol "CBK".

VANCOUVER, British Columbia, Oct. 15, 2021 (GLOBE NEWSWIRE) -- Pure Gold Mining Inc. (TSXV:PGM LSE:PUR) (“PureGold” or the “Company”) is pleased to announce that it has closed the non-brokered private placement (the “Offering”) announced on October 5, 2021.

Pursuant to the Offering, the Company issued a total of 3,307,619 units of the Company (the “Units”) to AngloGold Ashanti Limited (“AngloGold”) at a price of C$1.05 per Unit, for aggregate gross proceeds of approximately C$3,473,000. The Offering brings AngloGold’s ownership percentage in the Company to 14.96% of the issued and outstanding common shares on a non-diluted basis upon completion of the Offering.

Due to its share ownership, AngloGold is considered a “related party” of Pure Gold and, accordingly, the Offering constitutes a “related party transaction” within the meaning of Multilateral Instrument 61-101 (“MI 61-101”). The Offering was exempt from the minority approval requirement of Section 5.6 and the formal valuation requirement of Section 5.4 of MI 61-101 as neither the fair market value of the Offering, nor the fair market value of the consideration of the Offering, exceeded 25% of Pure Gold’s market capitalization. A material change report in connection with the Offering will be filed less than 21 days before the closing of the Offering. This shorter period was reasonable and necessary in the circumstances as the Company wished to complete the Offering in a timely manner.

The net proceeds received from the Offering will be used to fund the continued ramp up of operations at its 100%-owned PureGold Mine Project located in Red Lake, Ontario, underground drilling and development of the high-grade 8 zone, and for general corporate purposes. The securities issued under the Offering have a hold period of four months and one day from closing, expiring on February 16, 2022.

Sokoman and Benton have on behalf of the strategic alliance, each entered into two property option agreements that have previously been announced that are being contributed to the strategic alliance and governed by the Participation Agreements. The Participation Agreements simply formalize and clarify what cash payments and share issuances are required to be made by the Joint Venture Party that did not directly enter into a particular option agreement in order to reimburse the Joint Venture Party that did enter into the option agreement.

Sokoman Minerals Corp. is a discovery-oriented company with projects in the province of Newfoundland and Labrador, Canada. The company's primary focus is its portfolio of gold projects: Moosehead, Crippleback Lake (optioned to Trans Canada Gold Corp.) and East Alder (optioned to Canterra Minerals Corporation) along the Central Newfoundland Gold Belt, and the recently acquired district-scale Fleur de Lys project in northwestern Newfoundland, that is targeting Dalradian-type orogenic gold mineralization similar to the Curraghinalt and Cavanacaw deposits in Northern Ireland, and Cononish in Scotland. The company also recently entered into a strategic alliance with Benton Resources Inc. through three large-scale joint-venture properties including Grey River, Golden Hope and Kepenkeck in Newfoundland. Sokoman now controls independently and through the Benton alliance over 150,000 hectares (>6,000 claims) of land, making the company one of the largest landholders in Newfoundland, Canada's newest and rapidly emerging gold districts. The company also retains an interest in an early-stage antimony/gold project (Startrek) in Newfoundland, optioned to White Metal Resources Inc., and in Labrador, the company has a 100% interest in the Iron Horse (Fe) project that has Direct Shipping Ore (DSO) potential.

THE TSX VENTURE EXCHANGE HAS NOT REVIEWED AND DOES NOT ACCEPT RESPONSIBILITY FOR THE ADEQUACY OR ACCURACY OF THIS RELEASE.

To view the source version of this press release, please visit https://www.newsfilecorp.com/release/99881 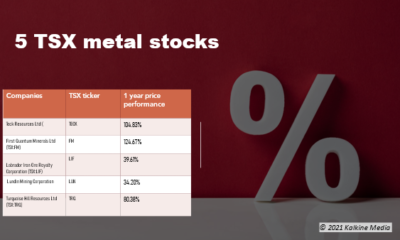 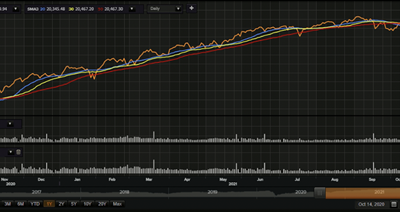 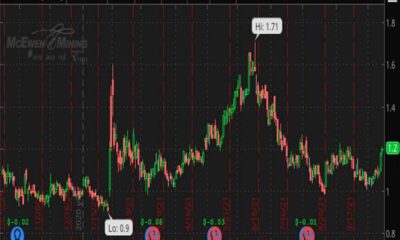 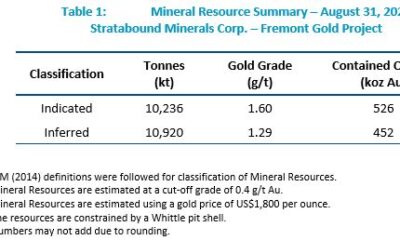 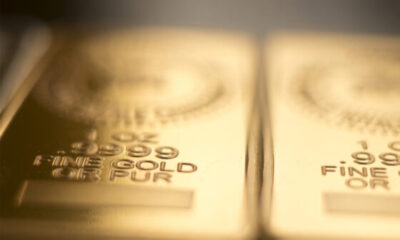 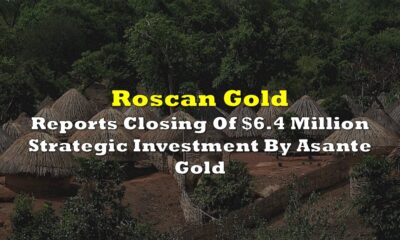