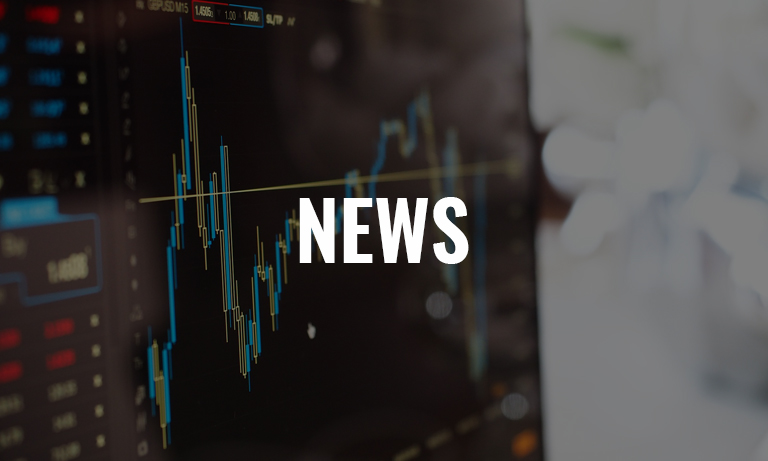 Val-d’Or, Quebec–(Newsfile Corp. – September 21, 2021) – Val-d’Or Mining Corporation (TSXV: VZZ) (“Val-d’Or Mining” or the “Company) has completed induced polarization (IP) and ground magnetic surveys over the eastern land portion of the Dionne Prospect. The 100%-owned property is located within the Amos-Barraute Belt of volcano-sedimentary rocks of the southern zone of the Abitibi Greenstone Belt (AGB). The primary exploration target on the property is an orogenic gold deposit.

The program is intended to follow-up on geophysical surveys carried out by Golden Valley Mines in 2011 over the western section of the property (winter lake coverage), which have detected many IP chargeability anomalies directly associated with the historical Dionne gold showing, iron formation units and the Chicobi Deformation Zone (GM 65054, GM 65567).

The Company will report in more detail on the results following the completion of the geophysical data processing currently underway by the contractor, Géophysique TMC, data compilation, interpretation and 3D geological modelling.

The Dionne Prospect is situated at and around the corners of Duverny, Vassal and Lamorandiére Townships. Most of the property is covered by Lac Castagnier with the underlying geology projected as being made up of sandstone, conglomerate, argillite and iron formations interbedded with intermediate to mafic volcanic rocks.

The Dionne Showing containing visible gold was discovered in the Fall of 1951, by Mr. Joseph Dionne of Val-d’Or, Québec. The following quotation from I.C. Christopher reporting for Sanctae Rosaelis Mining Corporation states (GM 01629). “The discovery was made at a time when the water level of the lake was lower than it had been for several years, the outcrop is usually below the water. The showing consists of a mineralized zone of carbonatized lavas, striking east-west. A trench was put across the zone for a distance of 22 feet which showed the same type of alteration and mineralization. Pits to the north and south of the trench indicate that the zone is about 30 feet wide. Due to the steep bank along the shore which rises about 15 feet, the zone could not be traced to the east, to the west it passes under the lake.”

Mineralization is described (GM 01629) as consisting of pyrite, minor specks of chalcopyrite and arsenopyrite. Specks of visible gold were also found. The arsenopyrite occurs in narrow quartz stringers about 40 feet to the north of the showing. Grab samples (1951) from the trench gave the following values:

The three grab samples collected by Sanctae Rosaelis Mining Corporation were assayed at the Québec Department of Mines Laboratories (GM 01629).

The Dionne gold showing is spatially associated with the Chicobi Deformation Zone, a major, yet under-explored regional deformation corridor (Leclerc et al, 2012 Economic Geology, v.107, pp 963-989) transecting the AGB in Québec across over to Ontario.

Michael P. Rosatelli, P.Geo. (OGQ Special Authorization Permit; PGO #0855), the Vice President of Exploration of Val-d’Or Mining is the Qualified Person (as that term is defined in National Instrument 43-101 – Standards of Disclosure for Mineral Projects) who approved the technical disclosures included in this news release.

Val-d’Or Mining Corporation is a junior natural resource issuer involved in the process of acquiring and exploring its mineral property assets, most of which are situated in the Abitibi Greenstone Belt of NE Ontario and NW Quebec. To complement its current property interests, the Company regularly evaluates new opportunities for staking and/or acquisitions. Outside of its principal regional focus in the Abitibi Greenstone Belt, the Company holds several other properties in Northern Québec (Nunavik) covering different geological environments (Ni-Cu-PGE’s).

The Company has an expertise in the identification and generation of new projects, and in the early stages of exploration. The mineral interests are broad and range from gold, copper-zinc-silver, nickel-copper-PGE to industrial and energy minerals. After the initial value creation in the 100%-owned, or majority-owned properties, the Company seeks option/joint venture partners with the technical expertise and financial capacity to conduct more advanced exploration projects.

To view the source version of this press release, please visit https://www.newsfilecorp.com/release/97115

Each Unit is comprised of one common share (a “Share”) and one transferable common share purchase warrant (a “Warrant”).  Each Warrant will allow the holder to purchase one Share of the Company at a price of CDN $0.60 per Share for a period of three (3) years from the date of closing of the Private Placement.

Proceeds of the Private Placement will be used to advance the Company’s HMN Lithium Project, located in Salta Province, Argentina, and for general working capital purposes.

All securities issued will be subject to a four month hold period and the Exchange Hold Period.

The Company paid finder’s fees of CDN $426,368 and issued 1,065,920 finder’s warrants (the “Finder’s Warrants”) to Nathan Rotstein and Canaccord Genuity Corp.  The Finder’s Warrants are non-transferable and exercisable at CDN $0.60 per Finder’s Warrant for a period of three (3) years.

Company President Adrian F. C. Hobkirk quoted, “We are pleased to have received such strong support from the investment community. This financing will allow the Company to complete its objective of potentially expanding the high-quality lithium resource at the HMN Li Project and moving it forward to a Feasibility Study.”

Lithium South is focused on developing the Hombre Muerto North Lithium Project (HMN Li Project), located on the Hombre Muerto Salar, a major lithium-producing salar in Argentina.  The property is adjacent to land under development by the Korean multinational corporation POSCO, which acquired the ground from Galaxy Resources Ltd. for US $280 million.  The Company completed a Preliminary Economic Assessment of the HMN Li Project in 2019, utilizing conventional evaporation extraction. The Company is focused on expanding the known resource and evaluating alternative extraction methods for the HMN Li Project. 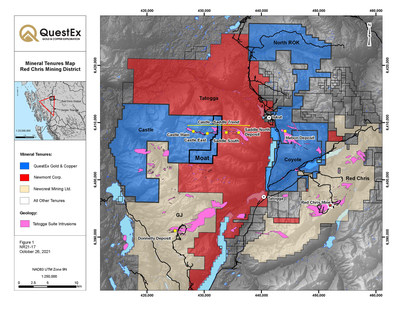 Joe Mullin, CEO of QuestEx comments: “The Red Chris District is one of the most active and exciting areas within British Columbia’s prolific Golden Triangle.  It boasts recent development of a new mine (Red Chris), new discoveries at Saddle North and Saddle South, definition of large and rich gold and copper resources at Saddle North and Red Chris, and the active participation of two global mining giants, Newmont and Newcrest. With the acquisition of the Moat property, QuestEx now has 100% ownership of its entire 40,452 hectare land package within this rapidly growing mining and exploration district. The Moat property occupies prospective and strategic ground adjacent to Newmont’s recently purchased Tatogga property (see fourth bullet point below), and geological evidence suggests that the Saddle North and Saddle South mineral trends on the Tatogga property cross the boundary onto QuestEx’s property. The Moat property is an outstanding addition to our already enviable land position in the district.”

Recent Corporate and Geological Activity in The Red Chris District
QuestEx has one of the largest land packages in the Red Chris District with 100% ownership of mineral tenures covering 40,452 hectares (“ha“). The district is located within the territory of the Tahltan First Nation, in the northern tip of BC’s Golden Triangle and has seen extraordinary geological and corporate activity since 2019 including:

Qualified Person
Tony Barresi, Ph.D., P.Geo., QuestEx’s President, a Qualified Person within the meaning of National Instrument (“NI“) 43-101, has reviewed and approved the technical information in this news release.

About QuestEx
QuestEx Gold & Copper Ltd. is exploring for gold and copper with a focus on the Golden Triangle and Toodoggone areas of British Columbia, Canada. It has 100% ownership of one of the largest portfolios of mineral tenures in British Columbia’s metal-rich Golden Triangle. The portfolio includes the 312 square kilometre KSP property, which is surrounded by some of the most important past and current mining and development projects in British Columbia (e.g. Eskay Creek, Snip, Brucejack, KSM, Johnny Mountain); QuestEx intends to release a NI 43-101 mineral resource estimate for the Inel gold system, located on the KSP property, in 2022. In the northern corner of the Golden Triangle in the Red Chris mining district QuestEx’s portfolio includes the Castle property, a porphyry copper-gold project located adjacent to Newmont’s Tatogga property, and along trend of the Saddle North porphyry copper-gold deposit (>10 million ounces gold, in all categories). Other properties include North ROK, Coyote, and Kingpin in the Golden Triangle, Sofia in the Toodoggone district, and Heart Peaks and Hit in other strategic districts within British Columbia. These assets are being advanced by a newly assembled technical and management team with experience in exploration, permitting and discovery.

ON BEHALF OF THE BOARD OF DIRECTORS OF [nxtlink id="269439"]QUESTEX GOLD & COPPER LTD.[/nxtlink]
“Joseph Mullin”
Joseph Mullin
Chief Executive Officer and Director

Neither TSX-V nor its Regulation Services Provider (as that term is defined in the policies of TSX-V) accepts responsibility for the adequacy or accuracy of this release.

CALGARY, AB, Oct. 26, 2021 /CNW/ – [nxtlink id="268983"]E3 METALS CORP.[/nxtlink] ([nxtlink id="268983"]TSXV: ETMC[/nxtlink]) (FSE: OU7A) (OTC: EEMMF) (the “Company” or “E3 Metals”), an emerging lithium developer and leading direct lithium extraction (“DLE”) technology innovator, is pleased to announce that it has qualified to trade on the OTCQX Best Market and upgraded to OTCQX from the Pink market. Today, its common shares begin trading on the OTCQX Best Market under the ticker symbol of EEMMF. U.S. investors can find current financial disclosure and Real-Time Level 2 quotes for the company on https://www.otcmarkets.com/. E3 Metals common shares will continue to trade on the TSX Venture Exchange under the symbol ETMC, and on the Frankfurt Stock Exchange under the symbol OU7A.

The OTCQX Best Market provides value and convenience to U.S. investors, brokers and institutions seeking to trade EEMMF. It is also the highest market tier of OTC Markets on which 11,000 U.S. and global securities trade. Upgrading to the OTCQX Market is an important step for E3 Metals, as it provides transparent trading, visibility, and accessibility for its U.S. investors. Being listed on a qualified international exchange enables E3 Metals to utilize its home market reporting to make its information available in the U.S. To qualify for OTCQX, companies must meet high financial standards, follow best practice corporate governance, and demonstrate compliance with applicable securities laws.

“We are pleased to reach the milestone of trading on OTCQX,” commented Chris Doornbos, President & CEO. “It provides US investors additional access to invest in the Company as the lithium and battery metal sectors continue to gather momentum. It has been a key part of our strategy to grow our international shareholder base and promote greater liquidity as we continue our focus on our Clearwater Lithium Project.”

About [nxtlink id="268983"]E3 Metals Corp.[/nxtlink]
E3 Metals is a lithium development Company with 7.0 million tonnes of lithium carbonate equivalent (LCE) inferred mineral resources1 in Alberta and an NPV8% on its Clearwater Lithium Project of USD 1.1 Billion with a 32% IRR pre-tax and USD 820 Million with a 27% IRR after-tax1. Through the successful scale up its DLE technology towards commercialization, E3 Metals’ goal is to produce high purity, battery grade, lithium products. With a significant lithium resource and innovative technology solutions, E3 Metals has the potential to deliver lithium to market from one of the best jurisdictions in the world. For more information about E3 Metals, visit http://www.e3metalscorp.com.

ON BEHALF OF THE BOARD OF DIRECTORS,

This news release includes certain forward-looking statements as well as management’s objectives, strategies, beliefs and intentions. Forward looking statements are frequently identified by such words as “may”, “will”, “plan”, “expect”, “anticipate”, “estimate”, “intend” and similar words referring to future events and results. Forward-looking statements are based on the current opinions and expectations of management. All forward-looking information is inherently uncertain and subject to a variety of assumptions, risks and uncertainties, including the speculative nature of mineral exploration and development, fluctuating commodity prices, the effectiveness and feasibility of emerging lithium extraction technologies which have not yet been tested or proven on a commercial scale or on the Company’s brine, competitive risks and the availability of financing, as described in more detail in our recent securities filings available at www.sedar.com. Actual events or results may differ materially from those projected in the forward-looking statements and we caution against placing undue reliance thereon. We assume no obligation to revise or update these forward-looking statements except as required by applicable law.