DENVER, CO and TORONTO, ON / ACCESSWIRE / December 10, 2021 / Gold Resource Corporation (“GRC“) (NYSE American:GORO) and Aquila Resources Inc. (“Aquila“) (TSX:AQA)(OTCQB:AQARF) are pleased to announce the completion today of the previously announced statutory plan of arrangement under the Business Corporations Act (Ontario) (the “Transaction“) resulting in the acquisition by GRC, through its wholly-owned indirect subsidiary Gold Resources Acquisition Sub, Inc. (the “Purchaser“), of all the issued and outstanding common shares of Aquila (the “Aquila Shares“).

The Transaction was approved at a special meeting of holders of Aquila Shares held on November 17, 2021, and by the Ontario Superior Court of Justice (Commercial List) on November 19, 2021.

Pursuant to the Transaction, each former holder of Aquila Shares is entitled to receive 0.0399 of a GRC share per Aquila Share. This share exchange ratio represents consideration of C$0.09 per Aquila Share (or approximately C$30.9 million in the aggregate) based on the closing prices of the Aquila Shares on the Toronto Stock Exchange (the “TSX“) and the GRC shares on the NYSE American stock exchange on September 3, 2021, being the last trading day prior to the announcement of the Transaction. In addition, all the outstanding deferred share units and restricted share units of Aquila were acquired for aggregate consideration of approximately C$0.95 million. Prior to the completion of the Transaction, the Purchaser did not own any Aquila securities.

GRC and Aquila expect the Aquila Shares to be delisted from the TSX in the near future. GRC will also apply for Aquila to cease to be a reporting issuer under applicable Canadian securities laws.

Gold Resource Corporation is a gold and silver producer, developer, and explorer with its operations centered on the Don David Gold Mine in Oaxaca, Mexico. Under the direction of a new board and senior leadership, the company’s focus has been to unlock the significant upside potential of its existing infrastructure and large land position surrounding the mine and now that our acquisition of Aquila Resources Inc. is closed, to develop the Back Forty Project in Michigan, USA. For more information, please visit GRC’s website, located at www.goldresourcecorp.com and read the company’s Form 10-K for an understanding of the risk factors associated with its business.

Forward-Looking Information and other Cautionary Statements

All forward-looking statements in this press release are based upon information available to GRC and Aquila on the date of this press release, and neither GRC nor Aquila assumes any obligation to update any such forward-looking statements, except as may be required by applicable securities laws. Forward looking statements involve a number of risks and uncertainties, and there can be no assurance that such statements will prove to be accurate. Such risks and uncertainties and other factors that could cause actual results and future to differ from those expressed or implied by the forward-looking statements include, but are not limited to: risks associated with the Transaction and acquisitions generally and the integration of the businesses of the Company and Aquila. Additional factors that could cause or contribute to such differences include, but are not limited to, those discussed in the periodic and current reports filed by GRC with the Securities and Exchange Commission, including the GRC’s Annual Report on Form 10-K for the year ended December 31, 2020.

For further information, including to obtain a copy of the Early Warning Report filed by GRC in connection with the completion of the Transaction (a copy of which can also be found under Aquila’s profile at www.sedar.com), please contact: 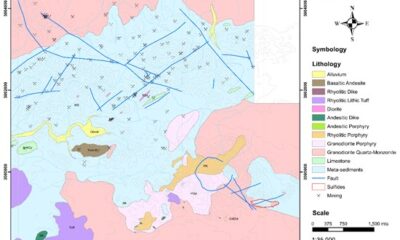 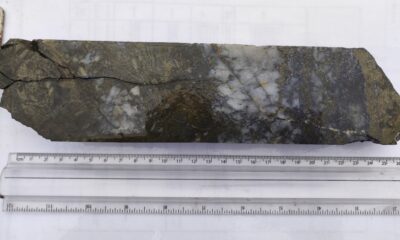 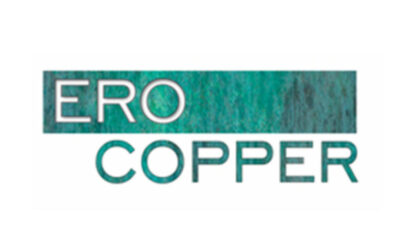