THIS NEWS RELEASE IS NOT FOR DISTRIBUTION TO U.S. NEWSWIRE SERVICES OR FOR DISSEMINATION IN THE UNITED STATES

Saskatoon, Saskatchewan – TheNewswire – December 14, 2021 – UEX Corporation (TSX:UEX) (OTC:UEXCF) (“UEX” or the “Company”) is pleased to announce a non-brokered private placement consisting of up to 6,414,103 common shares (“Flow‑Through Common Shares”) that qualify as “flow-through shares” for the purposes of the Income Tax Act (Canada)(the “Tax Act”) at a price of $0.39 per Flow-Through Common Share of the Company for aggregate gross proceeds to the Company of up to $2,501,500.17 (the “Offering”).

The Offering is scheduled to close on or about December 16, 2021 and is subject to certain conditions including, but not limited to, the receipt of all necessary regulatory and other approvals including the approval of the Toronto Stock Exchange.  Resale of the Flow‑Through Common Shares distributed under the Offering will be subject to a hold period of four months and one day following the closing date of the Offering.

UEX’s directly-owned portfolio of projects is located in the eastern, western and northern perimeters of the Athabasca Basin, the world’s richest uranium belt which in 2020 accounted for approximately 8.1% of the global primary uranium production. In addition to advancing its uranium development projects through its ownership interest in JCU, UEX is currently advancing several other uranium deposits in the Athabasca Basin which include the Paul Bay, Ken Pen and Ōrora deposits at the Christie Lake Project , the Kianna, Anne, Colette and 58B deposits at its currently 49.1%-owned Shea Creek Project, the Horseshoe and Raven deposits located on its 100%-owned Horseshoe-Raven Development Project and the West Bear Uranium Deposit located at its 100%-owned West Bear Project.

UEX is also 50:50 co-owner of JCU (Canada) Exploration Company, Limited with Denison Mines Corp. (“Denison”) JCU’s portfolio of projects includes interests in some of Canada’s key future uranium development projects, notably a 30.099% interest in Cameco’s Millennium Uranium Development Project, a 10% interest in Denison’s Wheeler River Project, and a 33.8123% interest in Orano Canada’s Kiggavik Project, located in the Thelon Basin in Nunavut, as well as minority interests in nine other grassroots uranium projects in the Athabasca Basin. 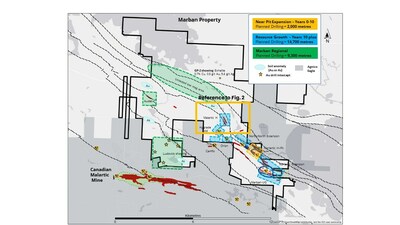 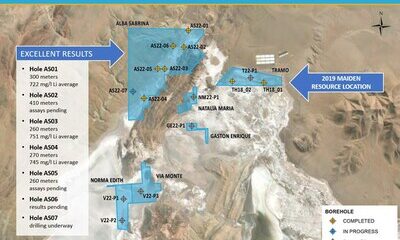