THIS NEWS RELEASE IS NOT FOR DISTRIBUTION TO U.S. NEWSWIRE SERVICES
OR FOR DISSEMINATION IN THE UNITED STATES

MONTRÉAL, Nov. 22, 2021 (GLOBE NEWSWIRE) — MONARCH MINING CORPORATION (“Monarch” or the “Corporation”) (TSX: GBAR) (OTCQX: GBARF) is pleased to announce that it has closed a non-brokered private placement for aggregate gross proceeds of C$5,992,940.70 (the “Offering”). The Offering consisted of the issuance of 6,658,823 flow-through common shares of the Corporation (the “FT Shares”) at a price of C$0.90 per FT Share.

The gross proceeds from the sale of the FT Shares will be used by the Corporation to incur eligible “Canadian exploration expenses” that qualify as “flow-through mining expenditures” within the meaning of subsection 66(15) of the Income Tax Act (Canada) and section 359.1 of the Taxation Act (Québec) related to the Corporation’s eligible projects in Québec. The Qualifying Expenditures will be renounced in favour of the subscribers with an effective date no later than December 31, 2022.

The Offering remains subject to certain conditions, including, but not limited to, the receipt of the final approval of the Toronto Stock Exchange.

All securities issued pursuant to this Offering are subject to a restricted hold period of four months and a day, ending on March 23, 2022, under applicable Canadian securities legislation.

About Monarch
Monarch Mining Corporation (TSX: GBAR) (OTCQX: GBARF) is a fully integrated mining company that owns four projects, including the Beaufor Mine, which has produced more than 1 million ounces of gold over the last 30 years. Other assets include the Croinor Gold, McKenzie Break and Swanson properties, all located near Monarch’s wholly owned 750 tpd Beacon Mill. Monarch owns 28,702 hectares (287 km2) of mining assets in the prolific Abitibi mining camp that host a combined measured and indicated gold resource of 478,982 ounces and a combined inferred resource of 383,393 ounces.

Forward-looking statements
The forward-looking statements in this press release involve known and unknown risks, uncertainties and other factors that may cause Monarch’s actual results, performance and achievements to be materially different from the results, performance or achievements expressed or implied therein. Neither TSX nor its Regulation Services Provider (as that term is defined in the policies of the TSX) accepts responsibility for the adequacy or accuracy of this press release. 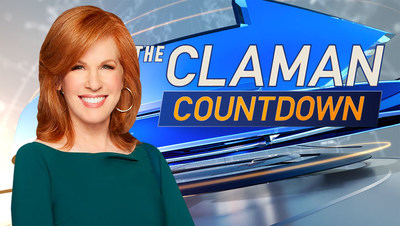