/NOT FOR DISTRIBUTION TO THE U.S. NEWSWIRE OR FOR DISSEMINATION IN THE UNITED STATES/

VANCOUVER, BC, Nov. 8, 2021 /CNW/ – Alpha Lithium Corporation (TSXV: ALLI) (OTC: APHLF) (Frankfurt: 2P62) (“Alpha” or the “Company“) is pleased to announce that it has entered into an agreement with Echelon Wealth Partners Inc. (the “Underwriter“) pursuant to which the Underwriter has agreed to purchase 13,000,000 units (the “Units”) from the treasury of the Company, at a price of $1.00 per Unit (the “Issue Price“) and offer them to the public by way of a short form prospectus for total gross proceeds of approximately $13,000,000 (the “Offering“).

Each Unit will consist of one common share of the Company (each a “Common Share“) and one-half common share purchase warrant (each full warrant, a “Warrant” and collectively the “Warrants“). Each Warrant will entitle the holder thereof to acquire one Common Share at a price of $1.45 for a period of 24 months from the closing date of the Offering.

The Company has granted the Underwriter an option to purchase up to an additional 15% of the Units at the Issue Price. The Over-Allotment Option may be exercised in whole or in part to purchase Common Shares, Warrants or Units as determined by the Underwriter upon written notice to the Company at any time up to 30 days following the Closing Date (the “Over-Allotment Option“).

The Company intends to use the net proceeds of the Offering for the development of Tolillar Salar and working capital and general corporate purposes.

The Offering is expected to close on or about December 1, 2021, or such other date as the Company and the Underwriter may agree, and is subject to customary closing conditions, including the approval of the securities regulatory authorities and the TSX Venture Exchange.

ON BEHALF OF THE BOARD OF ALPHA LITHIUM CORPORATION
“Brad Nichol”

Alpha Lithium is a team of industry professionals and experienced stakeholders focused on the development of the Tolillar and Hombre Muerto Salars. In Tolillar, we have assembled 100% ownership of what may be one of Argentina’s last undeveloped lithium salars, encompassing 27,500 hectares (67,954 acres), neighboring multi-billion-dollar lithium players in the heart of the renowned “Lithium Triangle”. In Hombre Muerto, we continue to expand our 5,000+ hectare (12,570 acres) foothold in one of the world’s highest quality, longest producing lithium salars. Other companies in the area exploring for lithium brines or currently in production include Orocobre Limited, Galaxy Lithium, Livent Corporation, and POSCO in Salar del Hombre Muerto; Orocobre in Salar Olaroz; Eramine SudAmerica S.A. in Salar de Centenario; and Gangfeng and Lithium Americas in Salar de Cauchari. 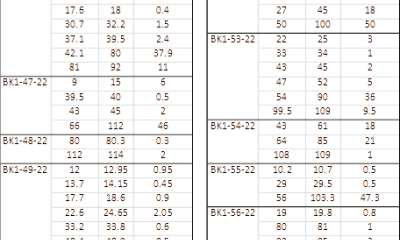