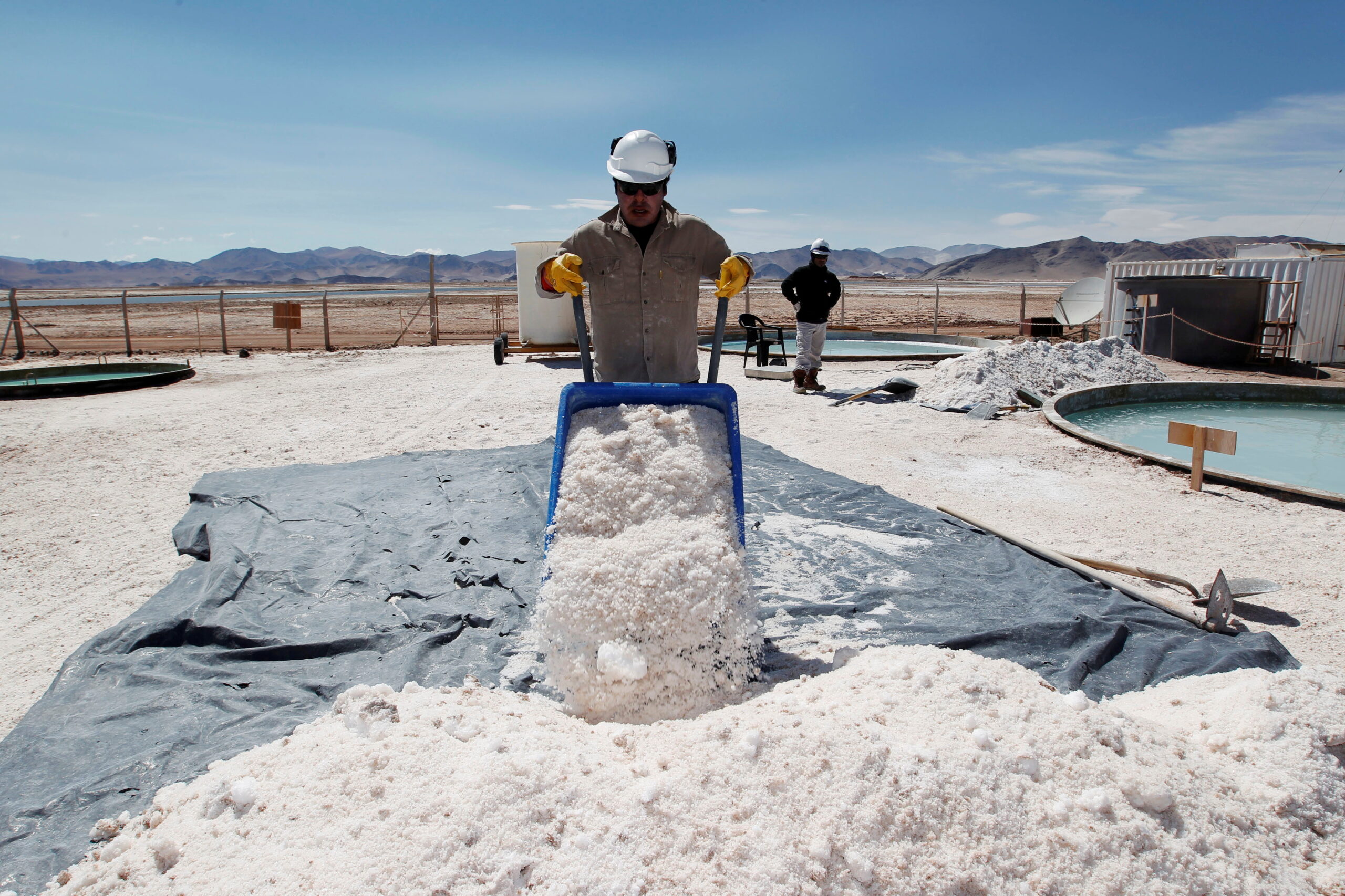 The objectives for the initial campaign were to (i) improve our understanding of the conceptual hydrogeological model of the salar and (ii) determine lithium grades and hydraulic parameters for the brine aquifer. Both objectives were successfully achieved and provided confidence to continue with a second exploration campaign.

To date, Alpha has drilled a total of six exploratory holes to varying depths. The first well was very shallow and drilled primarily to confirm and provide a baseline for the original Vertical Electrical Sounding (“VES”) geophysical survey completed in 2020. The remaining five production holes were drilled to depths of between 78 and 352 meters. Each well was cased with 6” or 8” production casing and then discharge tested to evaluate well efficiency, sustainable pumping capacity and aquifer parameters. Brine samples were collected during testing of each well and sent for analysis to SGS Laboratory in the regional capital city of Salta. As the drilling campaign progressed, the technical team recalibrated the VES surveys with the newly obtained information and continually refined the subsequent targets and depths.

The drilling results demonstrated continual improvement and the most recently tested wellbores encountered consistent lithium grades of between 345 and 351 mg/L.

The first three exploration wells encountered lithium grades ranging from 194 to 218 mg/L from pumping tests with flow rates ranging between 55 and 100 m3/hour. The flow rate on the final hole, with 351 mg/L of lithium concentration, reached 130 m3/hour. A higher pump rate was feasible but was limited by the maximum achievable capacity of the pumping equipment.

In addition to high flow rates and lithium concentrations, the Tolillar Salar also produced brine with very low levels of impurities. For example, the range of magnesium to lithium ratios (“Mg:Li”) was between 4.90 and 5.37, with an average for the five wells at 5.0, a top quartile result for salars in Argentina.

Brad Nichol, President and CEO commented, “We are obviously very satisfied to present the fantastic results for our first chapter of drilling in the Tolillar Salar. The original wellbore drilled by previous owners in 2018 resulted in 204 mg/L of lithium from samples taken at 190 meters and a calculated transmissibility of 60 m3/hour. This drilling program produced better than a 70% improvement in lithium concentration and a more than 300% improvement in reservoir transmissibility.” Nichol added, “What’s more, our technical team studied and tweaked in real time and continually improved the results – leaving us with enormous confidence to undertake a second, larger campaign focused on the delivery of a resource.”

Based on the early success, the Company has already undertaken drilling two additional production wells and two fresh-water wells on the Tolillar Salar. Two of these wells have been drilled and are awaiting testing and a third well is currently being drilled.

Now armed with continually improved geological and hydrogeological models, the Company is planning and licensing to drill another ten, or more, production wells and expand the geophysics study to include another 70 points of VES soundings (more than double the original VES survey).

The objective for the second campaign is to define and expand the lithium resource using a combination of VES surveys, core-holes, production wells and pressure-monitoring wellbores.

Michael Rosko, MS, PG, of Montgomery and Associates (M&A) of Santiago, Chile, is a registered geologist (CPG) in Arizona, California and Texas, a registered member of the Society for Mining, Metallurgy and Exploration (SME No. 4064687), and a qualified person as defined by National Instrument 43-101. Mr. Rosko has extensive experience in salar environments and has been a qualified person on many lithium brine projects. Mr. Rosko and M&A are completely independent of Alpha Lithium. Drilling was conducted by Andina S.R.L. of Salta, Argentina utilizing two Prominas rotary drilling rigs. Sampling was conducted during step, and long term, pumping tests and samples were processed using an ICP mass spectrophotometer by SGS Laboratory in Salta, Argentina utilizing a 32 elements suite analysis protocol. The Company has a robust QA/QC and sample management program that includes duplicates, blanks and standard samples when lab batches are prepared. Mr. Rosko has reviewed and approved the scientific and technical content of this news release.

ON BEHALF OF THE BOARD OF ALPHA LITHIUM CORPORATION

Alpha Lithium is a team of industry professionals and experienced stakeholders focused on the development of the Tolillar and Hombre Muerto Salars. In Tolillar, we have assembled 100% ownership of what may be one of Argentina’s last undeveloped lithium salars, encompassing 27,500 hectares (67,954 acres), neighboring multi-billion-dollar lithium players in the heart of the renowned “Lithium Triangle”. In Hombre Muerto, we continue to expand our 5,000+ hectare (12,570 acres) foothold in one of the world’s highest quality, longest producing lithium salars. Other companies in the area exploring for lithium brines or currently in production include Orocobre Limited, Galaxy Lithium, Livent Corporation, and POSCO in Salar del Hombre Muerto; Orocobre in Salar Olaroz; Eramine SudAmerica S.A. in Salar de Centenario; and Gangfeng and Lithium Americas in Salar de Cauchari.

Fortescue Metals leads in an Australia-heavy top ten based on extensive research by GlobalData.
The post Revealed: the mining companies best positioned… 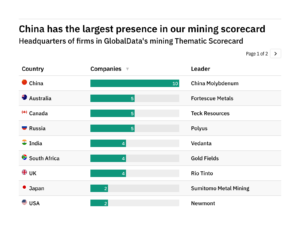 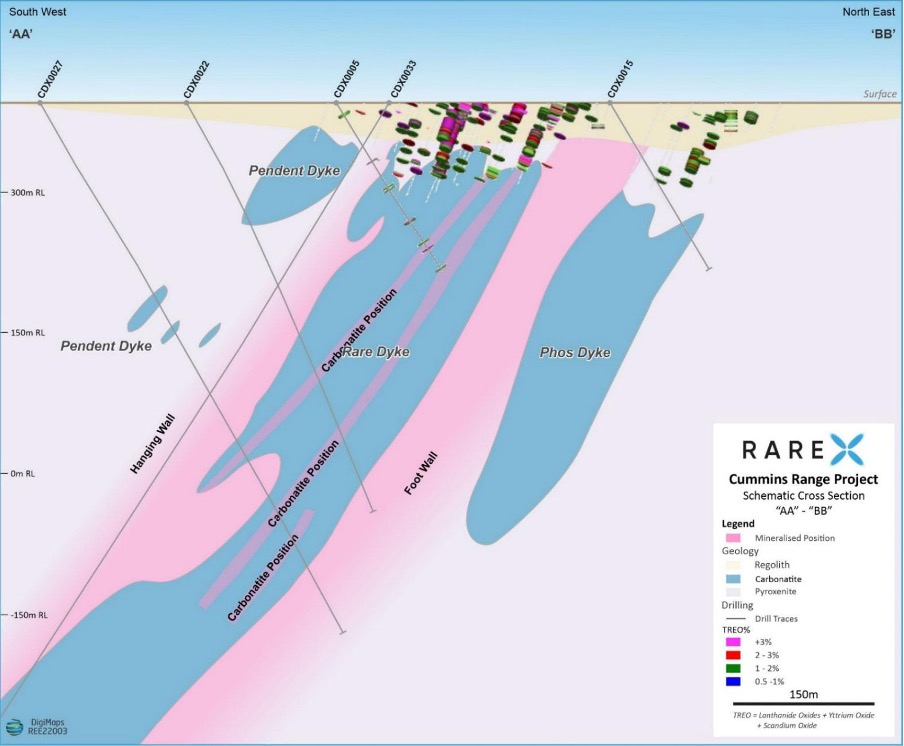 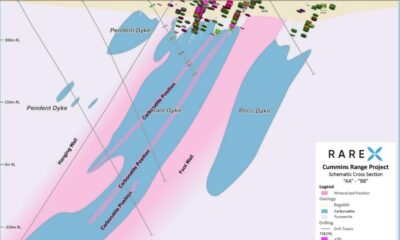 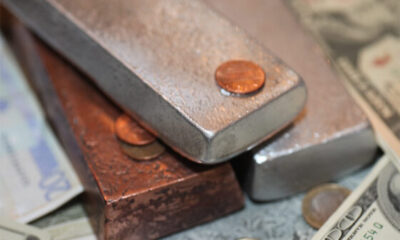 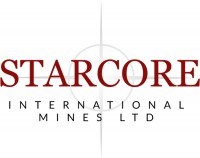