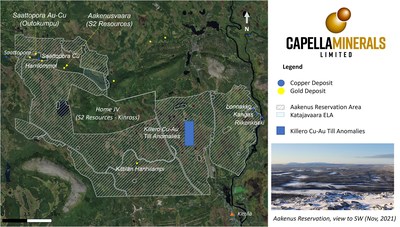 VANCOUVER, BC, Dec. 7, 2021 /PRNewswire/ – Capella Minerals Ltd. (TSXV: CMIL) (FRA: N7D2)(the “Company” or “Capella”) is pleased to announce that initial exploration programs designed to advance prospective gold-copper target areas on the Katajavaara and Aakenus Joint Venture (“JV”) projects in northern Finland have now commenced (Figures 1 & 2). Capella currently holds a 70% interest in the Katajavaara and Aakenus JV, in accordance with the terms of the agreement signed with ASX-listed Cullen Resources Ltd (ASX: CUL)(“Cullen”) and announced by the Company on August 24, 2021.

Eric Roth, Capella’s President and CEO, commented today: “I am extremely encouraged by the early results that have been obtained from work completed on the Katajavaara and Aakenus projects. It is quite clear that the Central Lapland Greenstone Belt has, in spite of its potential for new gold and copper discoveries, not seen anywhere nearly as much systematic exploration as its global peers – and we clearly see this upside potential in the target areas that have already been defined at Katajavaara – Aakenus. Finland is also a well-known mining jurisdiction, consistently ranking highly in the Fraser Institute Annual Survey of Mining Companies.

In the short term, we will continue to incorporate historical data sets into our in-house exploration database, prior to embarking on a high-resolution drone magnetic survey over the entire property before the end of the northern winter. This will then allow us to continue to develop targets during 2022 for follow-up auger (BoT) drilling and ultimately discovery drilling.

I look forward to keeping the market updated as we move our Finnish projects through the targeting process in 2022 and then onwards towards drilling.”

The Company’s initial focus will be on five main gold and/or copper target areas: 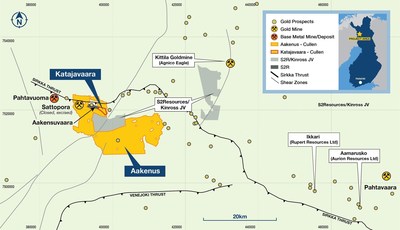 Capella’s earn-in to the Katajavaara and Aakenus projects was announced on August 24, 2021, and TSX.V Exchange approval was received on September 7, 2021.

In addition, the following cash payments are required to be made to Cullen:

The technical information in this news release relating to the Katajavaara and Aakenus gold-copper projects has been prepared in accordance with Canadian regulatory requirements set out in NI 43-101, and approved by Eric Roth, the Company’s President & CEO, a Director, and a Qualified Person under NI 43-101.  Mr. Roth holds a Ph.D. in Economic Geology from the University of Western Australia, is a Fellow of the Australian Institute of Mining and Metallurgy (AusIMM) and is a Fellow of the Society of Economic Geologists (SEG). Mr. Roth has 30 years of experience in international minerals exploration and mining project evaluation.

Capella is engaged in the acquisition, exploration, and development of quality mineral resource properties in favourable jurisdictions with a focus on high-grade gold and copper deposits. The Company’s copper focus is currently on the discovery of high-grade VMS-type deposits within 100%-owned, district-scale land positions around the past-producing Løkken and Kjøli copper mines in central Norway. The Company’s precious metals focus is on the discovery of high-grade gold deposits on its newly-acquired Finnish properties (Katajavaara, Aakenus), the 100%-owned Southern Gold Line Project in Sweden, and its active Canadian Joint Ventures with Ethos Gold Corp. (TSXV-ECC) at Savant Lake (Ontario) and Yamana Gold Inc. at Domain (Manitoba). The Company also retains a residual interest (subject to an option to purchase agreement with Austral Gold Ltd) in the Sierra Blanca gold-silver divestiture in Santa Cruz, Argentina. 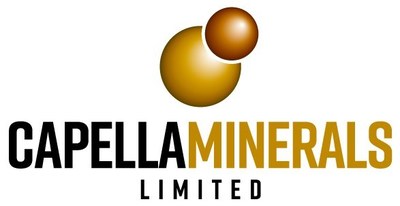