Toronto, Ontario–(Newsfile Corp. – April 1, 2022) – Green Panda Capital Corp. (TSXV: GPCC.P) (“Green Panda” or the “Company“) is pleased to announce that it has entered into a non-binding letter of intent dated March 15, 2022 (the “LOI“) with 1301666 B.C. Ltd. (“BC Company“), a private company that holds the rights to acquire an interest in two mineral exploration properties in Nevada. The LOI outlines the principal terms and conditions of a business combination by way of a share exchange, merger, amalgamation, arrangement, takeover bid, or other similar form of transaction (the “Proposed Transaction“), which will result in BC Company becoming a wholly-owned subsidiary of Green Panda, or otherwise combining its corporate existence with a wholly-owned subsidiary of Green Panda.

As per the LOI, it is anticipated that concurrently with the closing of the Proposed Transaction, Green Panda or BC Company, as the case may be, will complete an equity financing (the “Concurrent Financing“) to raise gross proceeds of $2,000,000, or such other amount as is sufficient to meet the initial listing requirements of the TSXV, at a price to be determined in the context of the market, anticipated to be $0.50 per share after reflecting the Consolidation (as defined below).

Immediately prior to the closing of the Proposed Transaction, and subject to Green Panda shareholder approval, it is anticipated that Green Panda will undertake a share consolidation (the “Consolidation“) of the Green Panda Shares at a ratio to be based on the Concurrent Financing pricing, such that the outstanding common shares of Green Panda will have an aggregate deemed value of at least $1,000,000.

On closing of the Proposed Transaction, the board of the Resulting Issuer will be comprised of nominees of BC Company, and the Resulting Issuer is expected to change its name to “Falcon Butte Minerals Corp.” subject to Green Panda shareholder approval, or such other name as is determined by BC Company (the “Name Change“).

Closing of the Proposed Transaction will be subject to a number of conditions precedent, including, without limitation:

BC Company was incorporated pursuant to the Business Corporations Act (British Columbia) on April 22, 2021. Since incorporation, BC Company has focused its efforts on acquiring interests in mineral exploration properties in Nevada and obtaining a listing on a Canadian stock exchange.

BC Company holds the rights to acquire from TUVERA Exploration Inc. (“TUVERA“) its majority interest of 65% in the Island Mountain property, a Carlin-style gold deposit located in Elko County, Nevada (the “Island Mountain Property“) and from Lion CG its 100% option interest in the Butte Valley property, a porphyry-skarn copper prospect, located in eastern Nevada about 40 miles north of Ely in north-central White Pine County (the “Butte Valley Property” and collectively with the Island Mountain Property, the “Properties“).

c. on the Island Mountain Closing, reserve a 2% net smelter returns royalty (the “NSR“) on the unpatented mining claims of the Island Mountain Property, subject to BC Company’s right to repurchase the NSR as follows: (i) $1,300,000 for each 1% of the NSR, or (ii) $2,400,000 for the entire NSR, payable in cash or Resulting Issuer Shares, or a combination of both, with a deemed price equal to the VWAP.

The Island Mountain Closing is subject to a number of conditions precedent, including, but not limited to, BC Company meeting certain capital requirements, the concurrent closing of the Proposed Transaction and the Resulting Issuer entering into a consulting agreement with TUVERA for TUVERA to make available two directors and officers of TUVERA, to provide advice on the development of the Island Mountain Property in consideration for the payment $50,000 in cash and $300,000 in Resulting Issuer Shares on the Island Mountain Closing and an annual consulting fee of $50,000.

The Island Mountain Property is located in Elko County, Nevada, on the Independence Gold Trend and in close proximity to the Jerritt Canyon Trend, approximately 113 kilometres north of the city of Elko. The Island Mountain Property is composed of 78 unpatented lode mineral claims on public land plus 8 patented claims leased from private individuals, covering an aggregate of approximately 592 hectares.

The style of mineralization at the Island Mountain Property is a Carlin-type, commonly hosted by carbonate strata near normal and thrust faults that may have served as hydrothermal feeder conduits and/or as aquitards that channeled mineralization into favourable-structured prepared zones or receptive beds. There also is a common association with dikes of felsic to mafic composition. Carlin-type gold mineralization is generally accompanied by a characteristic suite of pathfinder elements (arsenic, antimony, bismuth, mercury, and in places barium, tungsten, and thallium). Both oxide and sulphide gold mineralization occur on the Property.

The closing of the Butte Valley Agreement is subject to LCG obtaining the approval of the TSXV, and completion of a private placement by BC Company for gross proceeds of not less than $2,000,000.

Lion Subco entered into an option agreement dated December 3, 2019 (the “NS Agreement“) with Nevada Select Royalty, Inc. (“Nevada Select“), whereby Nevada Select granted to Lion Subco an option to purchase a 100% interest in the NS Property, for a five-year option period, in consideration for the following cash payments to Nevada Select:

Lion Subco entered into a mining lease with an option to purchase agreement dated August 22, 2019, as amended on December 6, 2019 and July 30, 2021 (the “NorthEx Agreement“) with North Exploration, LLC (“NorthEx“) pursuant to which: (i) NorthEx leased the NorthEx Property to Lion Subco for aggregate lease payments of up to US$605,000 to maintain the lease up to August 1, 2025; and (ii) NorthEx granted an option to Lion Subco to purchase a 100% interest in the NorthEx Property at any time during the term of the lease for an amount equal to US$600,000 less the sum of the amounts previously paid to maintain the lease. To date, US$55,000has been paid to NorthEx under the NorthEx Agreement to maintain the lease until August 1, 2022. Upon exercise of the option to acquire the NorthEx Property, NorthEx will be granted a 2.5% NSR on the NorthEx Property, with a buyback right to reduce the NSR to 1.5% for the payment of US$1,000,000 to NorthEx, and a right to further reduce the NSR to 1% for the payment of US$5,000,000 to NorthEx within 10 years after the exercise of the option.

Sponsorship for the Proposed Transaction

Green Panda intends to issue a subsequent press release in accordance with the policies of the TSXV providing further details in respect of the Proposed Transaction, including information relating to the transaction structure, the definitive agreement, descriptions of the proposed Principals and Insiders of the Resulting Issuer, as well as the Concurrent Financing. In addition, a summary of BC Company’s financial information will be included in a subsequent news release.

On behalf of the board of directors of BC Company:

Investors are cautioned that, except as disclosed in the management information circular or filing statement to be prepared in connection with the transaction, any information released or received with respect to the transaction may not be accurate or complete and should not be relied upon. Trading in the securities of a capital pool company should be considered highly speculative.

The TSXV has in no way passed upon the merits of the proposed transaction and has neither approved nor disapproved the contents of this press release.

C. Travis Naugle, QP-MMSA, a qualified person as defined by National Instrument 43-101 – Standards of Disclosure for Mineral Projects, is the Chairman and CEO of BC Company, and has reviewed and approved the scientific and technical disclosure in this press release.

This news release contains certain forward-looking statements, including statements relating to the Proposed Transaction and certain terms and conditions thereof, the ability of the parties to enter into a definitive agreement and complete the Proposed Transaction, the Consolidation, the Exchange Ratio, the Name Change, the Resulting Issuer’s ability to qualify as a Tier 2 Mining issuer, the TSXV sponsorship requirements, shareholder, director and regulatory approvals, obtaining TSXV approval, completion of the Concurrent Financing, BC Company’s acquisition of an interest in the Properties, the potential exercise of the options under the NS Agreement and the NorthEx Agreement, the duration of the halt in respect of the Green Panda Shares, planned future press releases and disclosure, and other statements that are not historical facts. Wherever possible, words such as “may”, “will”, “should”, “could”, “expect”, “plan”, “intend”, “anticipate”, “believe”, “estimate”, “predict” or “potential” or the negative or other variations of these words, or similar words or phrases, have been used to identify these forward-looking statements. These statements reflect management’s current beliefs and are based on information currently available to management as at the date hereof.

NOT FOR DISSEMINATION IN THE UNITED STATES OR FOR DISTRIBUTION TO U.S. NEWSWIRE SERVICES.

To view the source version of this press release, please visit https://www.newsfilecorp.com/release/118980 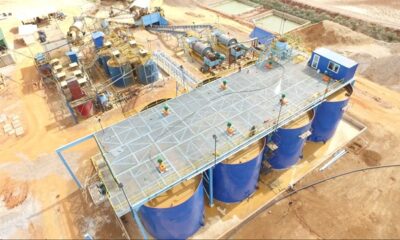 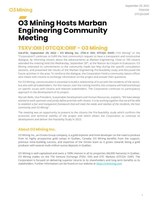 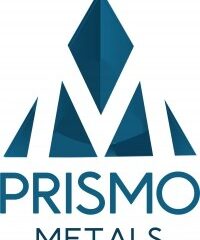