CALGARY, AB, Dec. 22, 2021 /CNW/ – Health Logic Interactive Inc. (“Health Logic” or the “Company“) (TSXV: CHIP.H) (OTCPK: CHYPF) is pleased to announce that it has completed the previously announced sale of its wholly owned subsidiary, My Health Logic Inc., (“My Health Logic“) to Marizyme, Inc. (“Marizyme“), a Nevada medical device company publicly-traded on the OTCQB (the “Transaction“). Under the terms of the Arrangement Agreement, Marizyme has received all of the issued and outstanding shares of My Health Logic in exchange for 4,600,000 shares of common stock of Marizyme (“Marizyme Shares“). As a result of the Transaction the Company has disposed of all or substantially all of its assets and My Health Logic has become a wholly-owned subsidiary of Marizyme.

Marizyme has a robust IP portfolio for its medical device platform technologies. Its leading technology, DuraGraft®, is currently under pre-submission review with the United States Food and Drug Administration (“FDA“). DuraGraft® is approved in 34 countries and has already achieved initial commercial sales in Europe and Asia. Marizyme intends to pursue a listing on the NASDAQ Stock Market (“NASDAQ“) within the next twelve months.

The co-founders of My Health Logic: Braeden Lichti, George Kovalyov, and Harrison Ross (the “Co-Founders“) commented “As a team, and with the sale of My Health Logic, we were able to receive a return of just over 77% on our latest financing. We congratulate the founding scientific members and our co-managers in working together to close this transaction in a timely manner. We are looking forward to being a part of Marizyme and working to provide the Health Logic shareholders with continued value as we embark on new ventures.”

The Transaction was effected by way of a plan of arrangement under the Business Corporations Act (British Columbia) (the “BCBCA“). Under the terms of the Arrangement Agreement, Marizyme has acquired all of the issued and outstanding shares in the capital of My Health Logic, being 6,252,293.52 issued common shares, and in exchange the Company is entitled to receive a total of 4,600,000 Marizyme Shares.

Health Logic Interactive is a public entity on the NEX Board of the TSXV (“NEX“) and intends to pursue a financing to commence its search for new assets to develop and make an application to the TSXV for a reactivation to Tier 2 of the TSXV from the NEX. The reactivation will be subject to meeting all continued listing requirements of Tier 2 of the TSXV. For more information visit us at our website: www.healthlogicinteractive.com

Further information regarding Health Logic Interactive Inc. and its disclosure documents are available on SEDAR at www.sedar.com.

Certain statements contained in this press release constitute “forward-looking statements”. All statements other than statements of historical fact contained in this press release, including, without limitation, the method of distribution of Marizyme Shares to shareholders of the Company; the release of the Holdback Share Consideration in accordance with the Arrangement Agreement; the involvement of the Co-Founders in Marizyme following the close of the Transaction; the listing of the Marizyme Shares on the NASDAQ; the financing to be pursued by the Company; the reactivation of the Company to the TSXV; the expected FDA submissions of DuraGraft; the potential synergies anticipated in connection with the Transaction; and the Company’s strategy, plans, objectives, goals and targets, and any statements preceded by, followed by or that include the words “believe”, “expect”, “aim”, “intend”, “plan”, “continue”, “will”, “may”, “would”, “anticipate”, “estimate”, “forecast”, “predict”, “project”, “seek”, “should” or similar expressions or the negative thereof, are forward-looking statements. These statements are not historical facts but instead represent only the Company’s expectations, estimates and projections regarding future events. These statements are not guarantees of future performance and involve assumptions, risks and uncertainties that are difficult to predict. Therefore, actual results may differ materially from what is expressed, implied or forecasted in such forward-looking statements. Additional factors that could cause actual results, performance or achievements to differ materially include, but are not limited to the risk factors discussed in the Company’s Management’s Discussion and Analysis for the year ended December 31, 2020. Management provides forward-looking statements because it believes they provide useful information to investors when considering their investment objectives and cautions investors not to place undue reliance on forward-looking information. Consequently, all of the forward-looking statements made in this press release are qualified by these cautionary statements and other cautionary statements or factors contained herein, and there can be no assurance that the actual results or developments will be realized or, even if substantially realized, that they will have the expected consequences to, or effects on, the Company. These forward-looking statements are made as of the date of this press release and the Company assumes no obligation to update or revise them to reflect subsequent information, events or circumstances or otherwise, except as required by law. 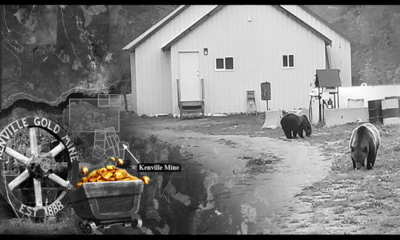