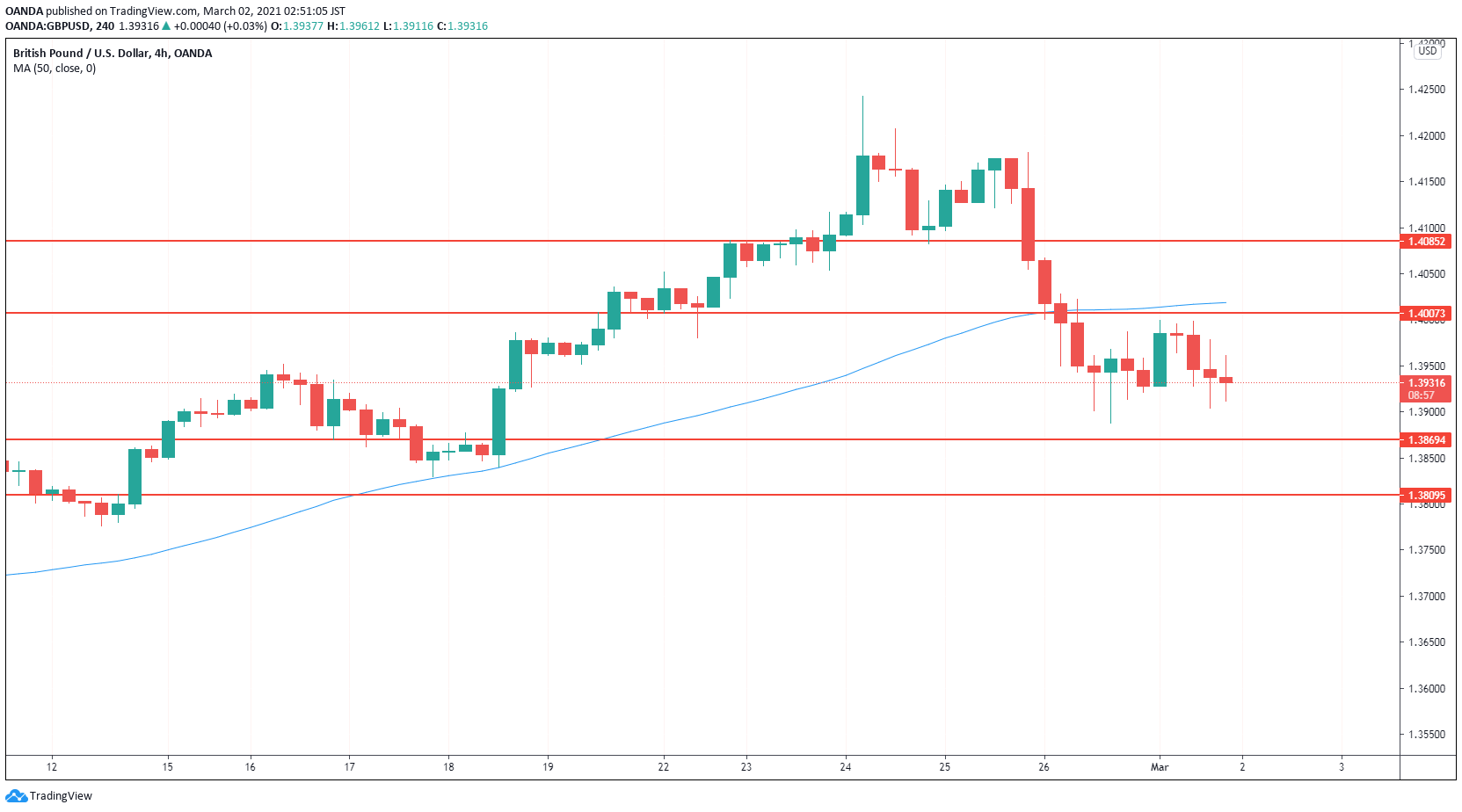 The British pound is showing little movement in the Monday session. Currently, GDP/USD is trading at 1.3939, up 0.09% on the day.

It was a volatile week for the British pound as the currency took traders on a roller-coaster ride. The pound was on a tear early last week, and touched a high of 1.4242 on Wednesday. GBP/USD put together a 5-day rally, and the sky seemed the limit. However, the US dollar flexed some muscles late in the week, and the pound lost 1.5% of its value before the week was over. The catalyst for the dollar bounce-back was higher US Treasury yields, particularly the 10-year yields, which hit a 1-year high before retreating. The US dollar index responded with strong gains and is back above the 91 level, after falling below key support at 90 last week.

The recovery in the United States continues to gain traction, and it appears likely that Q1 growth will be strong. A major driver behind economic growth is consumer spending, and the January Personal Spending release came in at 2.4%, its best read in seven months. Personal income levels were also up sharply, but inflation levels still remain muted. The Core PCE Price Index, which is believed to be the Fed’s preferred inflation gauge, remained at 0.3%, a level which has not been exceeded in over 10 years. With the Biden stimulus program expected to be approved by the Senate shortly, there are concerns that the massive stimulus program of USD 1.9 trillion could cause higher inflation, and with it the danger of the US economy overheating.

For a look at all of today’s economic events, check out our economic calendar. www.marketpulse.com/economic-events/