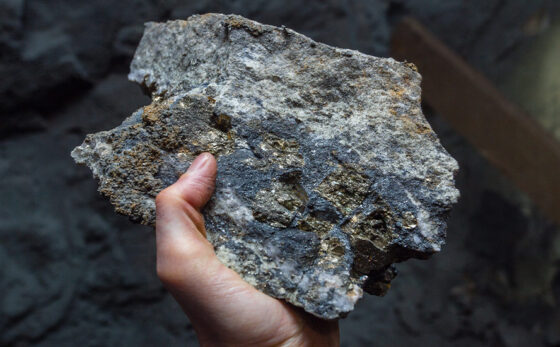 Since the end of WWII, the US dollar has been used as the world’s reserve currency, accounting for about half of global trades, loans and debt, helping to anchor the international monetary system. However, another war, one of the biggest this century, could spell the end of the dollar’s dominance.

Western sanctions against Russia, as punishment for its invasion of Ukraine, have left us pondering the fate of the dollar, which comprises 16% of Russia’s foreign reserves, and the future of the monetary system as a whole.

Could we see the dollar’s sphere of influence weaken? Possibly, and this is a popular view. There’s also no shortage of speculations as to what will happen to the monetary system, and which other currency could rise up the ranks.

But one thing many seem to forget is that currencies aren’t the only assets being held by central banks. For centuries, gold has been an essential component in almost every country’s financial reserves, playing the role of a diversifier and stabilizer.

There’s every reason to believe that it is this precious metal, not the dollar or euro, that could serve as the real anchor to the world’s monetary system:

For centuries, central banks around the world have not only been keeping foreign currencies, but also gold, in their reserves for diversification purposes.

As we know, the value of any currency is subject to fluctuations. Each time money is printed by a central bank to help its economy, that nation’s currency gets devalued, and this can theoretically go on forever. This means that any central bank holding the said currency would see the value of its foreign reserves diminish.

But gold, being a physical commodity with a limited supply, cannot be “created” by simply printing a piece of paper; it must be mined from the ground and processed into actual gold bars. Therefore, its value could stay fairly stable over a long period of time, making it an ideal hedge against inflation, which makes money “cheaper”.

And because gold carries no credit or counterparty risks, it serves as a source of trust in all economic environments, making it one of the most crucial reserve assets worldwide. An added appeal for gold is its inverse relationship with the US dollar, an important reserve currency

Today, central banks hold more than 35,000 metric tons of the metal, which equate to about a fifth of all the gold ever mined. This is also the largest amount of gold maintained in global reserves since 1990.

The leading gold holders are some of the world’s most powerful nations, such as the US, Germany, Italy and France, all of which are keeping 60% of their reserves as gold. This is a testament to the significance of gold in the central banking system.

Russia’s invasion of Ukraine not only has the potential to be history defining, but it may also serve as a catalyst in reconfiguring the world’s monetary system.

Western sanctions against Russia, which include making Russia’s foreign reserves unusable and cutting Russian banks out of the international payment network, could have long-term and systemic consequences in the international monetary system.

The economic sanctions were pretty much unprecedented in scale, since it was the first time in recent history that a major central bank’s foreign currency reserves have actually been frozen. And since money is about scope, paralyzing a significant chunk of the monetary system is bound to make many players reconsider their financial systems.

This would likely lead to what many call a “fragmentation” or “de-globalization” of the financial system, with emerging economies changing their approach to how they build foreign exchange reserves to protect against economic crises.

In a recent interview with Financial Times, Gita Gopinath, the IMF’s first deputy managing director, said the greater use of other currencies in global trade would lead to further diversification of the reserve assets held by national central banks.

The bigger and more profound effect of the Russian sanctions, as some predicted, is the erosion of the US dollar’s dominance on the global stage.

For years, Western rivals have sought to escape from their deep dependency on the greenback-dominated currency system, and with the events that had transpired, now becomes an opportune time to do so. Should the renminbi and rupees of the world be more convertible for other countries, a fundamentally different international monetary system would ultimately emerge, diluting the power that the dollar and euro has held.

As IMF’s Gopinath mentioned, “The dollar would remain the major global currency even in that landscape, but fragmentation at a smaller level is certainly quite possible.” Indeed, some countries are already renegotiating the currency in which they get paid for trade.

Gopinath also noted that the dollar’s share of international reserves had fallen from 70% to 60% over the past two decades, with the emergence of other trading currencies, led by the Australian dollar.

What this means is that a non-currency anchor for the international monetary system could be needed, because by then, the dollar may have lost its neutrality, and no other major currency has yet to display the pedigree to take over.

So, 50 years after the closing of the gold window, there’s a chance we could bullion play a significant role again in the world’s monetary system.

Even without a full return of the “gold window”, a “loose’ anchor would still compel central banks to hold more gold than ever before, as the metal would essentially serve as a “financial weapon” in global politics.

As the US author Jim Rickards once said: “In the upcoming reorganization of the world monetary system, every gold bar held by the central bank is like a chip in a poker game. Whoever holds more gold will have more say.”

As trust begins to fade in fiat currencies, gold is likely to ascend to the top of the global monetary order, with its demand potentially reaching new highs.

That’s good news for gold investors, as the metal’s value would greatly appreciate if it were to be increasingly used by central banks during the next monetary era, not just as a reserve asset but as an obligation to cover for money supply.

Fundamentally, the use of a main reserve currency has its flaws, namely the volatile nature of fiat currencies and the snowballing effect this could have on the wider economy.

For example, an appreciation of the US dollar means that its trading partners must pay more to import, thus creating a bigger burden on those economies. Hence, fluctuations in currencies can often destabilize economies inadvertently, and worse yet, plant the seed of a future economic crisis.

On the other hand, gold is relatively stable and has remained a trustworthy asset since it began trading publicly in 1971. During times of economic and political turmoil, the metal has proven its resilience, and to this day, it remains the go-to safe haven for investors.

From recent experience, we’ve seen that gold is one of few assets that has maintained its value since the war started in Europe, as well as during the pandemic.