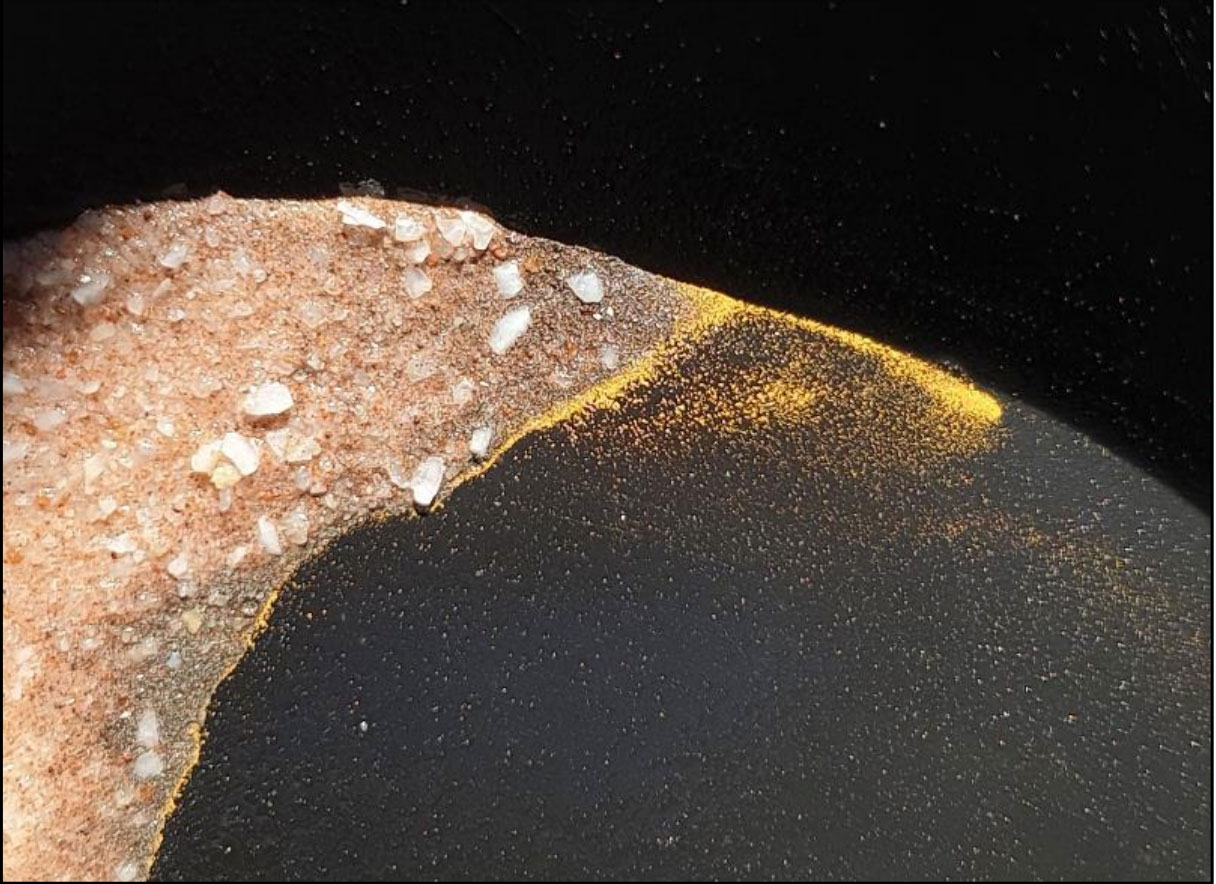 Golden Mile’s team believes there is a significant gold system at the ‘Benalla’ project in WA, which has been bolstered by some thick, high grade hits in early drilling.

“The plus 10-gram gold intersection in hole BTAC082 at ‘Wanghi’ points to the potential for high-grade in the system and is further endorsement of our belief in Benalla to host a meaningful gold system immediately along strike from KIN Mining’s (ASX:KIN) 1.15Moz Cardinia gold project,” Golden Mile managing director James Merrillees says.

“With assay results received for only six out of a total of 81 holes drilled to date we are looking forward to a period of strong news flow over the coming months.”

First pass rock sampling at ‘Music Well’ in WA has returned over 100g/t in individual samples.

And visible gold was obtained from all 14 large samples collected — confirming that gold can be recovered using cost effective gravity separation techniques, the company says.

The company wants to be mining later this year.

“The reinstatement of the environmental authorisation comes at an opportune time for WWI with the resource restatement and BFS on the ‘Qala Shallows’ project area scheduled for April and July 2021 respectively,” West Wits managing director Jac van Heerden says.

“The successful completion of the EA process significantly de-risks the project and is a major catalyst for execution of the next stage of the WBP’s development strategy, allowing the WWI team to ramp up activity as the company targets maiden underground gold production in 2021.”

Another hole – still in progress as of last week – has intercepted visual chalcopyrite (copper bearing) mineralisation another 400m away.

The Kharmagtai resource currently stands at a respectable 600Mt at 0.49% CuEq for 2.9Mt CuEq in contained metal, but it probably needs to get bigger to guarantee development.

Xanadu chairman Colin Moorhead wants to see at least 1 billion tonnes at a grade of at least 0.5% CuEq (5Mt CuEq of contained metal), while Argonaut analyst George Ross speculated in his recent initiation report on the company that 4-5Mt CuEq metal might be enough to attract a partner with deep pockets to help fund Kharmagtai’s development.

A non-binding agreement could see major miner Anglo American fund redevelopment of the ‘Whim Creek’­­­ copper zinc mine in the NT.

The deal involves a $2m payment for a 1% Net Smelter Royalty (NSR) over ANX production (80%) of copper, zinc, lead concentrates and copper cathode for the life of mine.