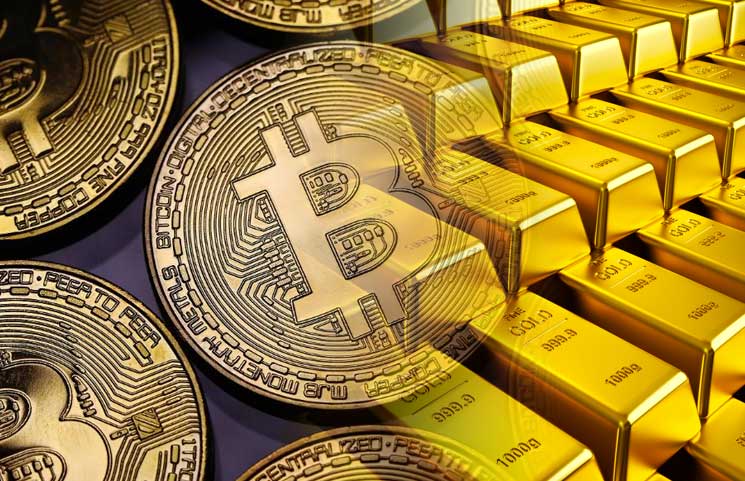 Bitcoin’s correlation with gold hit its highest level in more than a year last week according to Kaiko Research. After benefiting heavily from the Russia-Ukraine conflict in the first quarter of the year, gold has lost all its gains and is currently down 10% YTD.

Bitcoin has also declined double-digits this year dragged down by global monetary policy tightening. Despite core inflation remaining persistently high, gold has failed to act as a safe-haven asset i.e. an asset that is expected to retain or gain in value during periods of economic downturn.

Over the past year bitcoin has been mostly uncorrelated with gold, with its correlation oscillating between negative 0.2 and positive 0.2. However, as the U.S. Dollar continues strengthening, negatively impacting both crypto and gold, the correlation between the two assets has shifted.

Despite heavy volatility, and persistent risk weakness, most crypto sectors outperformed other traditional assets in Q3, recovering from double-digits losses in Q2. We constructed several equally-weighted baskets of assets to compute sector returns, and throughout the quarter our DeFi token basket gained 60%, bolstered by the LIDO token. Despite a sharp post-Merge pullback, ETH managed to close the quarter up more than 20%, outperforming our Layer 1 and Layer 2 baskets.

One potential reason why the two alternative assets moved in the same direction is that last week, is because the Bank of England (BoE) announced a new round of bond buying, effectively re-starting quantitative easing. The BoE is the second central bank after the Bank of Japan to intervene in currency markets in September. While the move appears to have calmed markets, fears of a global contagion and further de-risking are mounting. Both U.S. and German Treasury yields increased, though at a slower pace.

And despite the Fed’s persistence to the contrary, traders are growing increasingly confident that it is only a matter of time before the Fed joins the rest of the developed world and is forced to unleash the liquidity firehose again, in the process sending the USD crashing and its non-fiat alternatives, including gold and bitcoin, soaring to new all time highs.