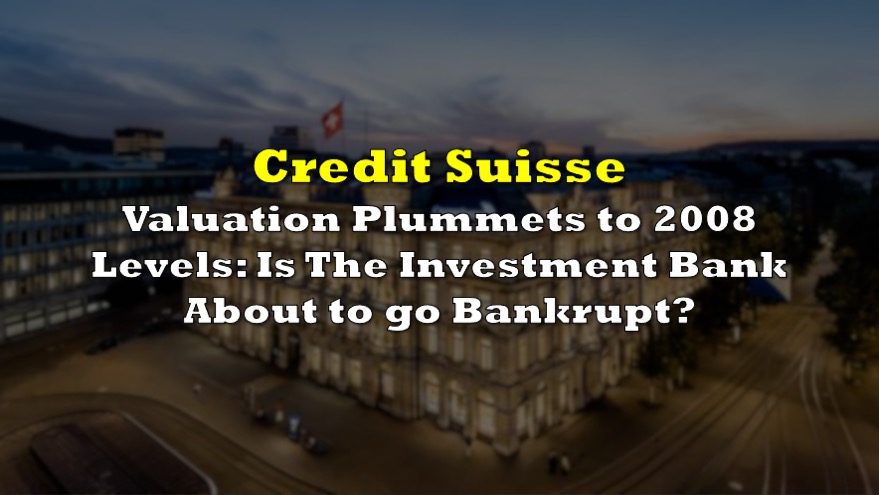 While markets and economists are fixated on surging energy prices, the British pound meltdown, and the escalating conflict between Russia and Ukraine, one of the biggest investment banks is barreling straight towards a Lehman Brothers repeat, with a collapsing valuation and credit default insurance levels nearing those of the 2008 era.

Over the weekend, social media was abuzz with speculation over what’s going on at Credit Suisse (NYSE: CS). Market data shows the bank’s valuation collapsing to levels not seen since the 2008 financial crisis, with its credit default insurance (CDS) levels similar to those of the Lehman Brothers just before its bankruptcy filing. The unraveling dive-bomb began on Friday, when Credit Suisse CEO Ulrich Koerner released a statement alluding that his bank is facing a “critical moment,” but investors need not worry because the financial institution has a “strong capital base and liquidity position,” and that they should remain patient until a new turnaround strategy is delivered on October 27.

Koerner was attempting to cool growing concern over the bank’s future, after the cost of insuring the firm’s bonds soared nearly 15% last week, and the company’s common stock trading around 0.23x its tangible book value. A recent tweet published on Investing.com suggests that a “large investor that deals with Credit Suisse says the investment bank is a disaster, [and] CDS is trading like a ‘Lehman moment’ [is] about to hit.” Twitter account Wall Street Silver echoed a similar sentiment, telling followers that the investment bank “is probably going bankrupt.”

Indeed, Credit Suisse has faced quite the hiatus over the past several years, including the Archegos fiasco, the Greensill Capital scandal, Mozambique tuna bonds, Bulgarian money laundering, as well as accusations of corporate espionage. Koerner, who was appointed CEO in late July, promised investors he will deliver a new strategic plan at the end of October, one that will likely make substantial adjustments such as major job cuts. Market scepticism still remains though, with KBW analysts estimating the investment institution needs to raise at least $4 billion in capital to fund the upcoming restructuring.

In fact, some investors are calling bluff on Koerner statement entirely, instead suggesting the bank is facing a surmounting pile of debt and bad loans. “Tell me the real number of bad loans outstanding that Credit Suisse has to these hedge funds and family offices like Archegos,” tweeted Wallstormainst CEO Jason Burack back in August. Because anyone who fully trusts their accounting also believes in unicorns and the tooth fairy.”

Information for this briefing was found via the sources mentioned. The author has no securities or affiliations related to this organization. Not a recommendation to buy or sell. Always do additional research and consult a professional before purchasing a security. The author holds no licenses.

The post Credit Suisse Valuation Plummets to 2008 Levels: is the Investment Bank About To Go Bankrupt? appeared first on the deep dive. 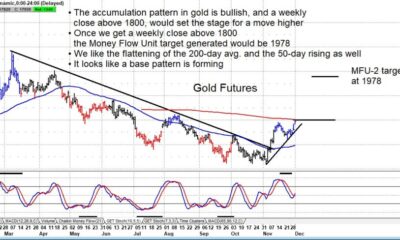