As we suggested in recent comments, gold was just waiting for a slowdown of the strength of the greenback to rebound to $1,900. The main scenario will remain positive for bullion for as long as central banks are still forced to print fresh money. Despite this, after the recovery of the last few days, we are now seeing a new consolidation phase.  This time we are no longer in the danger zone of $1,850-$1,860, but $30-$40 above, in a less fragile scenario from a technical point of view. Moreover, bullion is back again in the lateral channel between $1,850 and $2,070. The first support is now the zone at $1,850-$1,860, while a rebound above $1,900 would open space for further recoveries to the resistance levels at $1,920 and – later on – at $1,955 and $1,970. 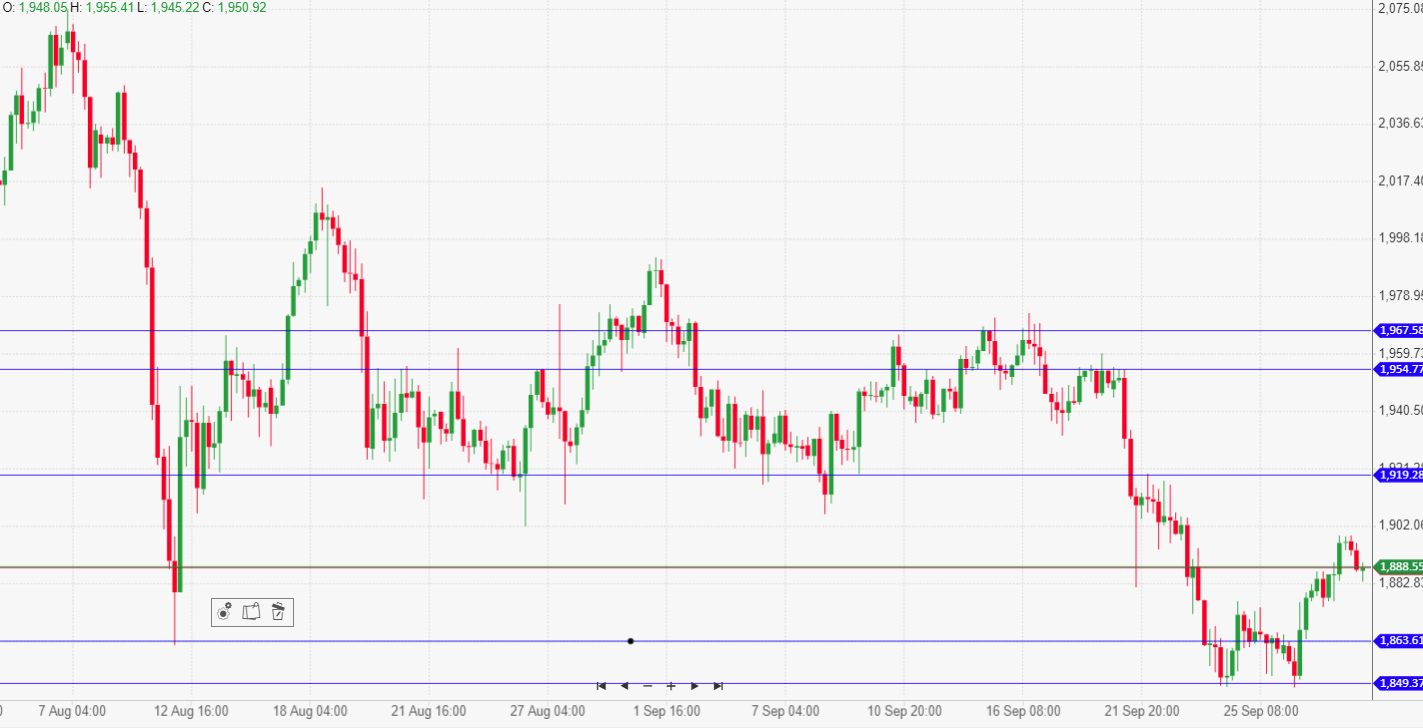 European stocks drifted lower on Wednesday alongside Asian shares and US futures. As expected, Tuesday’s first debate between Joe Biden and President Trump was intense and chaotic. This brought an increase in market volatility on riskier assets as most investors now expect a tougher battle between the two candidates and a hotly contested vote in November.

Meanwhile, investors were slightly reassured by good numbers from Asia this morning after Chinese PMI topped estimates, however, most of them will switch their focus to today’s busy schedule with the highly anticipated EU CPI release later this morning as well as this afternoon’s US ADP employment numbers, US Q2 GDP and US Pending Home sales.

In addition, traders of energy shares may also face higher market volatility in the afternoon as the IEA Crude Oil inventories release looms. While all these short-term market drivers are likely to continue impacting prices and volatility, we expect the long-term market directionality to come from positive or negative updates on either further US stimulus or vaccine developments.