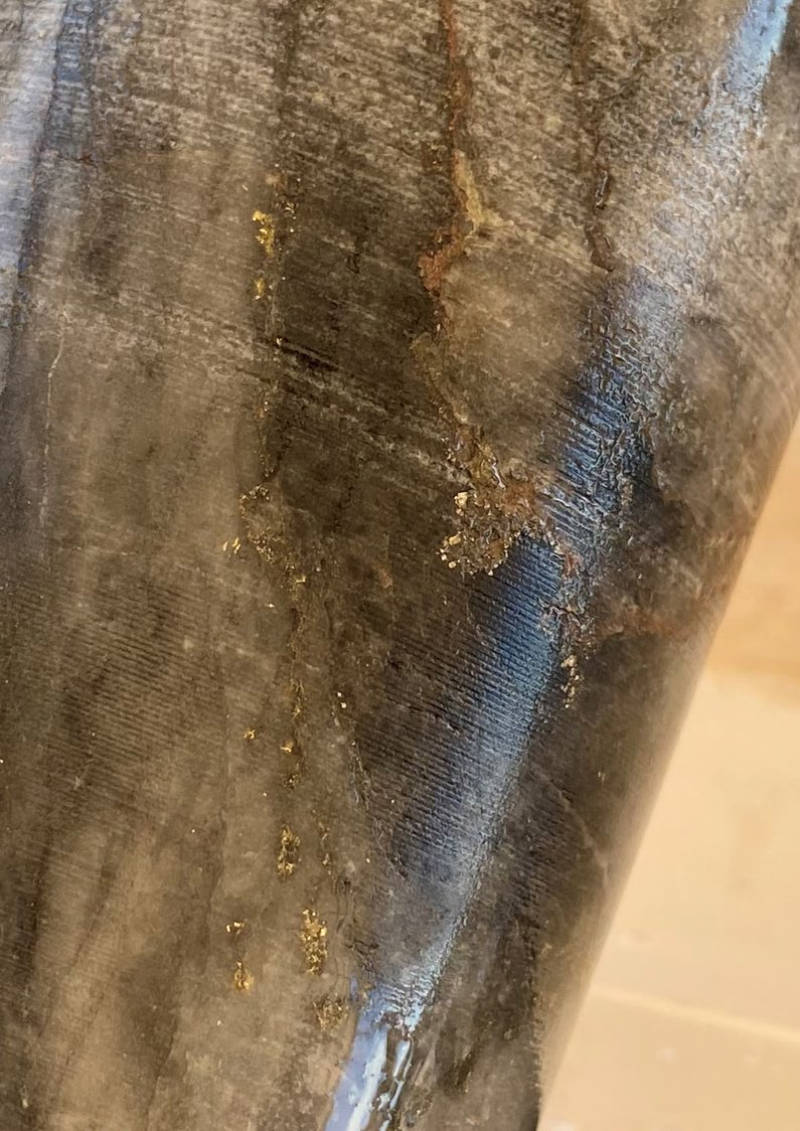 De Grey has once again intersected visible gold at the McLeod lode within the Crow zone where drilling continues to return thick, high-grade hits.

Notable results from drilling at McLeod – the most dominant lode within the Crow intrusion include 6m at 44.9 grams per tonne (g/t) gold from 178m within a broader 25m interval grading 12.1g/t gold from 164m.

Importantly, the latest results extend the high-grade portion of the McLeod lode by a further 40m to the east, which bodes well for the broader Hemi discovery’s maiden resource estimate that is due in the middle of this year.

Drilling has also intersected a new lode of mineralisation to the north of Crow in the footwall of known mineralisation, though this has yet to be fully delineated and further drilling is planned.

De Grey Mining (ASX:DEG) notes that a geological review is underway to better define the controls on the high-grade zones at Crow to improve drill targeting.

Resource definition and extensional drilling at the Aquila prospect also returned high-grade hits including 1m at 105.5g/t gold within a broader 11m at 10.5g/t gold interval from 51m.

“Improved targeting of these high-grade zones is ongoing as we gain a better understanding of the geological controls.

The Aquila and Crow zones are located to the north of the large Brolga intrusion at the Hemi Gold Discovery in Western Australia’s Pilbara region.

The most dominant lode within the Crow intrusion is the McLeod lode and it is about 200m north of and oblique to the Aquila zone.

McLeod contains some of the highest grade intercepts in the overall Hemi deposit and is currently defined over 600m in strike, 300m depth and up to 60m true thickness and remains open.

De Grey added the recent intersections of strong mineralisation at the Aquila zone were made within the upper portions of holes targeting the Crow zone and demonstrate the high-grade gold endowment near-surface at Aquila.

This article was developed in collaboration with De Grey Mining, a Stockhead advertiser at the time of publishing.