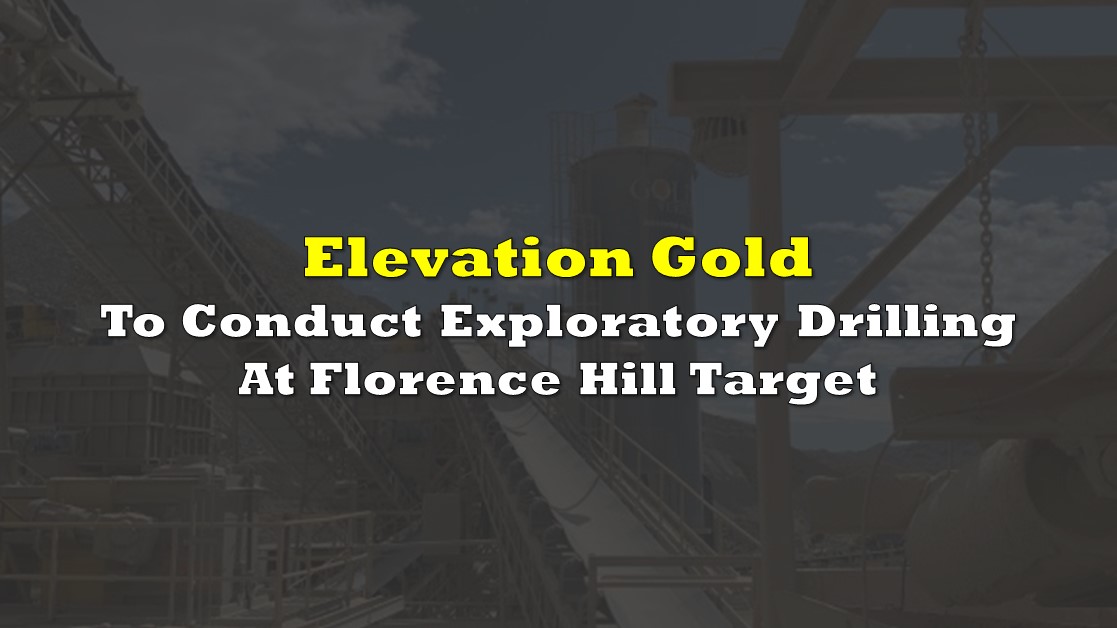 Drilling is set to begin for Elevation Gold Mining (TSXV: ELVT) at its Moss Mine property in Mohave County, Arizona. The latest drill program is slated to target the Florence Hill target, while an update on current drilling at the Moss Mine was also provided.

Planned drilling at Florence Hill represents the maiden program for the untested target, and follows geophysical work conducted on the area, which identified structures from the Oatman district extending out to the target. More than two million gold ounces are said to have been historically pulled from the district.

“Geochemical, and alteration mapping indicate the presence of a large hydrothermal system in this area. It is unusual to find an undrilled target with these features in the lower 48, and the Company is excited about the potential for making a new discovery,” commented CEO Michael G Allan.

Drilling at Florence Hill is currently expected to consist of a total of 3,800 metres of diamond core drilling. In addition to Florence Hill, targets in the region may include Silver Creek Springs, Hardy Vein, and eastern West Oatman under the planned program.

In terms of current drilling occurring at the Moss Mine, results from an infill and resource expansion program were also provided by the company this morning. Drilling occurred at the West Pit, East Pit, and the 3B Leach Pad under the program.

Assays from a total of 31 holes were released this morning, while assays remain pending for a total of 26 holes.

Elevation Gold Mining last traded at $0.155 on the TSX Venture.

Information for this briefing was found via Sedar, and the companies mentioned. The author has no securities or affiliations related to this organization. Not a recommendation to buy or sell. Always do additional research and consult a professional before purchasing a security. The author holds no licenses.