Enduro Metals Corp. [ENDR-TSXV; ENDMF-OTC; SOG-FSE] reports significantly expanding the known mineralization footprint of its McLymont fault gold zone through its 2021 drilling and geochemical surveying on the 100%-owned Newmont Lake project of northwest British Columbia’s Golden Triangle. These results, together with results of historic drilling, outline a gold-mineralized zone extending for more than 5 km. The McLymont Fault Zone is one of four major target areas on the 654 km2 property.

Also, the company will be providing an update about its 2022 Exploration Program Plan shortly which will include the plan to follow-up on the 2021 Burgundy alkalic copper-gold porphyry discovery intersection.

Highlights include drill hole NW21-03 that intersected 151 metres of 0.73 g/t AuEq (gold equivalent) starting at 124.2 metres in the NE extension of the McLymont Fault, including 75 etres of 1.00 g/t AuEq at 124.2 metres downhole. The hole ended in gold mineralization at 287 metres.

The apparent scale and intensity of the anomaly is comparable to very large bulk-tonnage style gold deposits neighbouring the Newmont Lake Property (ex. KSM, Treaty Creek).The sampling may explain the source of the “Boulder Train” which attracted explorers to the area in the 1980’s with historic float samples of <100 g/t gold, but the source was never found.

Cole Evans, President/CEO, commented, “The 2021 drilling and geochemistry has accomplished two important thing. The drilling expanded bulk-tonnage style gold mineralization NE to approximately 400 metres along the mineralized horizon that remains open, with a second horizon below continuing to emerge. The geochemistry greatly increases the apparent footprint of the McLymont gold mineralization from 700 metres to a potential strike of 5,500 metres.

“High-grade “Boulder Train” rock samples first found in the late 1980’s brought explorers to this area, but the boulder source was never found. Our data suggests that the source of this anomaly was likely covered by ice and snow. Historic drill hole GSC88-01 was drilled in a small window through the snow in 1988 and intersected 0.6 metres of 73.40 g/t gold, 12.50 g/t silver, and 0.13% copper at a depth of 72 metres. Only 2% of this drill core was assayed at the time. The substantial increase in the size of the mineralized footprint and the evident connection to McLymont suggests that more drilling could lead to significant expansion of the McLymont mineralization.” 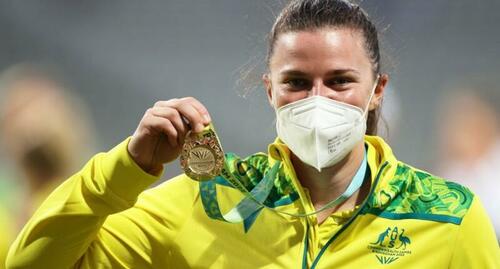