After almost doubling since its cycle low in December 2015, the price of gold witnessed a violent shakeout of over 7% in early August. Has the fundamental outlook for the yellow metal changed or should investors buy the recent dip? To answer those questions, we study some of the major drivers of gold prices, starting with sentiment.

What’s the relationship between consumer sentiment and gold?

In a physical sense, gold is a tangible and quantifiable substance, given its limited supply on planet Earth. Gold is so rare, in fact, that estimates suggest the entire global stock of gold would fit into two to three Olympic-sized swimming pools.1 Just like any other asset, however, its value can be influenced by forces other than mining and production, including human emotions.

Consumption represents about 70% of US gross domestic product (GDP) and roughly 60% of Canadian GDP.2 Therefore, surveying consumers’ moods about the economy and their plans to make purchases is time well spent, pun intended. The University of Michigan Index of Consumer Sentiment measures how American households feel about their finances and the nation’s output.

If consumer sentiment is a vote on the health of the economy, it stands to reason that bad feelings and weak economic activity should coincide with firm gold prices (i.e., an inverse relationship). Given the history, psychology, and nature of the human experience, bullion has remained a safe haven in challenging economic times.

Understandably, fiscal policy gridlock in Washington has led to heightened uncertainty and a growing need for precautionary funds to offset lapsed relief programs (i.e., more saving and less spending). According to the latest Surveys of Consumers, challenging economic times are expected to persist not only in the year ahead, but most consumers don’t see a return to uninterrupted growth over the next five years.

Is it possible to have both an economic recovery and rising gold prices? In our view, a sudden and sharp improvement in consumer sentiment would likely present a significant obstacle to gold. If our base case is correct, however, and we experience a prolonged, low-altitude recovery alongside lingering fears about the coronavirus, then gold could very well continue on an upward track.

How do US dollar dynamics influence gold price trends?

The US dollar is another force that has shaped the value of gold over time. Specifically, we’ve put our faith in alternative assets like gold when other forms of currency have depreciated. Why?

Originally, gold was used as a form of monetary exchange and as a store of value, just as the greenback is used today. The complementary nature of the two asset classes has fostered an environment in which investors have grown accustomed to shifting from one to the other, interchangeably.

When the US dollar decreases, market participants consider bullion as a better store of value. As such, it should come as no surprise that the precious metal’s ascent to all-time highs has coincided with the devaluation of the greenback against a basket of other major currencies.

There’s a demand angle, too. Given that most commodities including gold are denominated in US dollars, any depreciation of the greenback increases the purchasing power of other currencies, potentially strengthening the demand for bullion in those regions and countries.

Figure 2. We’ve put our faith in gold when other forms of currency have lost their value

What’s the outlook for the US dollar?

US dollar weakness has been an important consequence of the Federal Reserve’s (Fed’s) unprecedented balance sheet expansion. If quantitative easing (QE) represents a choice between interest rates and the greenback, the Fed has opted to save growth and jobs by opening the spigots and inflating the monetary base at the expense of the currency.

True, base money growth has slowed at a time when speculators are excessively short the US dollar, which may cause some near-term turbulence for the currency. However, we suspect the pause in the monetary base has occurred for technical reasons related to the Fed’s balance sheet and large-scale asset purchases, as opposed to an abrupt and unwelcome change in monetary policy.

From a long-term perspective, we think it’s reasonable to expect the US dollar to weaken further should the Fed keep such an abundant supply of currency in circulation. If the greenback continues to decline alongside forceful blasts of QE from the major central banks, gold may benefit.

Figure 3. The Fed has inflated the monetary base at the expense of the currency

Is gold an effective hedge against inflation?

Hard assets like commodities have generally been regarded as beneficiaries of inflation. Thus, market participants tend to buy commodities including gold for some inflation protection. In reality, gold hasn’t always moved in lockstep with the general level of prices, but there has been a loose correlation between market-implied inflation expectations and bullion over time.

Given the countervailing effects of a massive economic disruption (read: deflationary) and equally proportionate policy response (read: reflationary), it’s unclear how inflationary the recovery will be. Suffice it to say that inflation has returned to the vocabulary of some investors alongside stabilizing inflation expectations, which we view as a welcome development for the price of gold.

Figure 4. Stabilizing inflation expectations have been a welcome development for gold

Why has there been an inverse correlation between real interest rates and gold?

Could real yields fall further from here and what catalyst might push them lower? Or has the bond market fully priced in the economic recession and could real yields become less negative as activity improves?

Inflation-adjusted interest rates have been lower than current levels. How could we get there? It doesn’t have to be a disaster like the eurozone debt crisis. For example, nominal interest rates could stay pinned by the Fed, a global savings glut, an aging population and technological innovation just as breakevens continue to stage a cyclical rebound.

In which macroeconomic scenario would gold likely do better or worse?

If the economy were to suddenly overheat, thereby causing the Fed to tighten monetary policy and send nominal interest rates and the US dollar soaring, we would struggle to envision a positive outcome for gold. That said, it’s equally difficult for us to identify a catalyst that would bring about such a scenario at this vulnerable stage of the nascent economic recovery. In our view, the Fed seems determined to protect this budding upturn by keeping interest rates low for the foreseeable future.

Contrary to popular belief, gold can benefit from many of the same forces that cyclical, economy-sensitive assets can in the recovery stage of a business cycle, namely a dovish central bank, a weakening currency, rising inflation expectations and low real interest rates. Indeed, real government bond yields fell and gold rose from 2009 to 2012—the recovery stage of the last business cycle.3 As previously discussed, a prolonged, low-altitude economic rebound alongside lingering fears about the coronavirus would probably leave some room for gold in a well-diversified investment portfolio.

Gross domestic product (GDP) is the total value of all the goods and services produced within a country’s borders in a specific time period.

Correlation is a statistic that measures the degree to which two variables move in relation to each other.

QE is a form of unconventional monetary policy where a central bank makes large scale asset purchases in order to increase the money supply and encourage lending and investment.

Deflation is a decline in the general level of prices typically associated with an economic recession.

Reflation is a fiscal or monetary policy designed to expand output, stimulate spending, and curb the effects of deflation.

All investing involves risk, including risk of loss.

An issuer may be unable to meet interest and/or principal payments, thereby causing its instruments to decrease in value and lowering the issuer’s credit rating. The opinions referenced above are those of the authors as of August 20, 2020. These comments should not be construed as recommendations, but as an illustration of broader themes. Forward-looking statements are not guarantees of future results. They involve risks, uncertainties and assumptions; there can be no assurance that actual results will not differ materially from expectations. This does not constitute a recommendation of any investment strategy or product for a particular investor. The opinions expressed are those of the authors, are based on current market conditions and are subject to change without notice. These opinions may differ from those of other Invesco investment professionals. 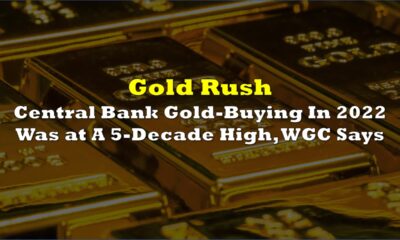