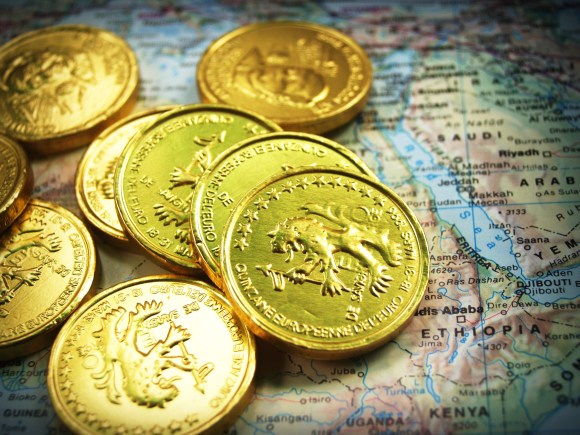 Most of the mining industries in Ghana are into Gold mining. Top investor giants have established gold mining bases in Ghana to participate in the metal’s exploration and mining.

Reportedly, Ghana is seeking to raise $500 million through Initial Public Offering. They want to use about 20% of these IPOs to buy stakes in other royalty companies. So they plan to use part of the fund to invest in similar entities: Bloomberg reports.

“Ghana is now the continent’s biggest bullion producer. We seek just to leverage that and have some of the world’s top gold producers as part of our portfolio.”  Finance Minister Ken Ofori-Atta says in an interview.

Use of Gold royalty funds

Ghana also plans to keep a 51% stake in the fund. Further, the funds will be used to develop a refinery and jewellery market. Infrastructure projects will also be developed using this, as per the rules.

“We are a country that has a high respect for the rule of law and successive governments respect the nation’s contractual obligations.”  Minister Ken Ofori Atta says.

He also strongly rejected a comment made by Ghana’s main opposition party that it will reverse the share sale transaction should it win elections that are scheduled for December.

“Similar comments were made in the past but after the politics is done, everyone knows what is good for Ghana.” he says.