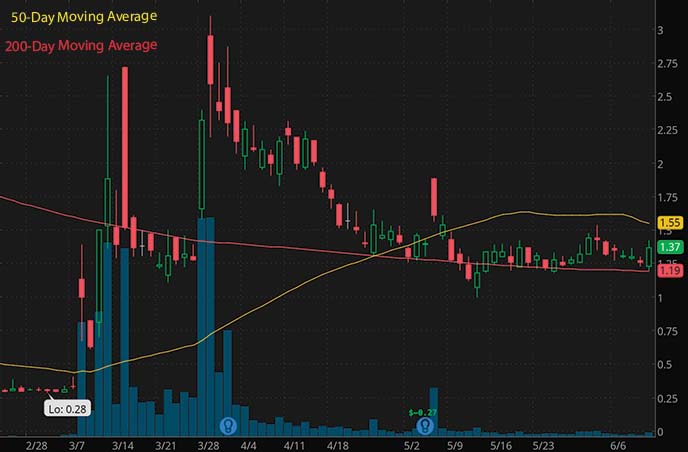 May CPI data is out and shows what I think everyone expected: skyrocketing inflation. One of the leading factors came as fuel prices exploded. The gasoline index increased 48.7% over the trailing 12-month period. Meanwhile, the index for fuel oil more than doubled, rising 106.7%. Not only was this significant because of the triple-digit figure, but this was also the most significant increase in the history of the series, which dates back to 1935. That was in addition to some of the highest food prices since the early 1908s.

All of this boiled down to bearish sentiment in the market with the stock market crash continuing. Broad indexes, including the S&P, Nasdaq, and Dow, all slipped lower. Prices dropped back to levels from late May when the market was reconfiguring after the last update from the Fed minutes.

Thanks to more fear and uncertainty in the stock market today, safe-haven investments are becoming more appealing as a hedge for traders. Precious metals have come back into the spotlight as a result. Today we look at a few penny stocks to watch in the wake of Friday’s stock market trend.

[Read More] CPI Data Is Out & Here’s What Inflation Shows

Have you heard of AMC Entertainment (NYSE: AMC)? Unless you lived under a rock the last few years, you know that AMC stock is one of the top Ape stocks to watch. The massive short squeeze and huge fanfare that followed have made this one of the most popular names among retail traders. There was a lot that 2022 has brought, but possibly one of the most unique was seeing AMC – a movie theatre stock – make a move outside of popcorn and soft drinks. The company found a “golden opportunity” in strategic investments.

Specifically, AMC decided to take a multi-million dollar interest in the gold mining company, Hycroft Mining. The move also attracted attention from the same Ape community that follows the entertainment company so closely. AMC CEO Adam Aron discussed the deal on his Twitter account, saying: AMC is playing on offense again with a bold diversification move. We just purchased 22% of Hycroft Mining (NASDAQ: HYMC) of northern Nevada. It has 15 million ounces of gold resources! And 600 million ounces of silver resources! Our expertise to help them bolster their liquidity.

Beyond the surge of interest from retail traders, Hycroft is also focused on its own growth. In fact, the company highlighted key developments in a May business update. These included final assessment technical reports for its Hycroft Mine. Measured and indicated mineral resources came in at 9.6 million ounces of gold and 446 million ounces of silver.

Diane Garrett, President, and CEO, explained that Hycroft’s work “revealed that silver may be under-estimated in the resource model due to a lack of assays for silver values. The Company is now identifying targets for a drill program to optimize the high-grade and district potential of the mine.”

Shares of HYMC stock have traded mostly sideways for the last few weeks hovering above the 200-day moving average. Friday’s volume was some of the highest in over a week.

Shares of B2Gold stock bounced back strong after muted sentiment saw it slowly drift lower over the last week. One of the interesting things about BTG stock is that it’s one of the few dividend penny stocks to watch. Expressly, B2Gold declared a second-quarter dividend of $0.04 per share with a record date of June 20.

Traders have closely followed the latest series of developments from the company this quarter. A recent Oklo Resources Limited acquisition brings in a land package near the famous Fekola Mine and provides B2Gold with an additional landholding of 1,405 km. As of a March 2021 mineral resource estimate, Okla’s claims had measured and indicated mineral resource estimates of 8.7 million tons at 1.88 grams per ton, equating to 528,000 ounces of gold.

Additionally, BTG stock could be in focus in the short term as the company prepares for a proxy vote later this month. Among things on the ballot, the company has encouraged shareholders to vote on the Say on Pay resolution and all other items up for consideration. So if this is on your list of penny stocks right now, June 22 is the date to keep in mind.

Like B2Gold, Kinross has bounced back strongly on Friday. The mining company hasn’t released any significant updates since early May, but that hasn’t stopped investors from following it as a safe-haven stock. Kinross is also another one of the dividend penny stocks on this list. Its quarterly dividend was declared at $0.03 with a record date of June 2. While this has already passed, it’s worth noting for anyone looking for penny stocks with dividends, which can be hard to come by.

Some things to keep in mind if you’ve got KGC stock on your watch list can be found in the company’s latest quarterly update. Specifically, Kinross management’s corporate guidance suggested a strong focus on growth. Its production outlook sits at 2.15 million ounces of gold this year. It is expected to expand to 2.3 million ounces of gold in 2023. Kinross also plans on strengthening its balance sheet while returning capital to shareholders via dividends and a share buyback program.

Thanks to a robust outlook, proposed buyback plan, and focus on dividends, KGC could be one of the safe-haven penny stocks to watch this year.

Given the current economic conditions and rate concerns, this niche as a whole could be one that both traders and investors monitor closely. While daily trends might shift quickly, overreaching ones tied to inflation could have more staying power. As the Federal Reserve tries to fight higher prices, the markets are sure to make speculative moves in the weeks and months ahead.

Oroco Resource Corp (OCO.V) has been drilling the Brasiles zone of the Santo Tomas project, located on the northern bank of the Fuerte River. Six holes… 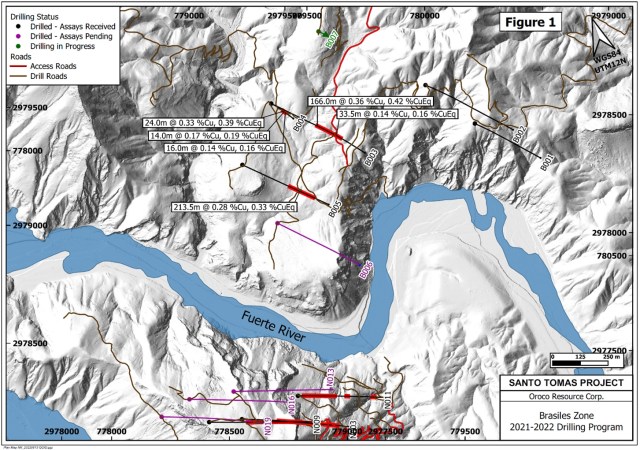