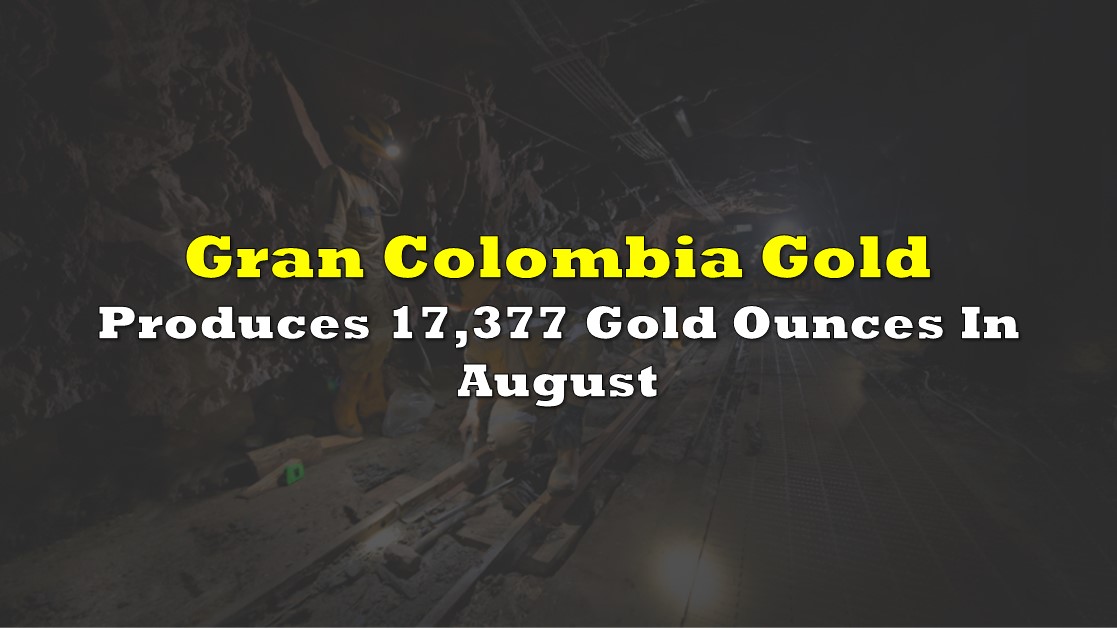 Gran Colombia Gold (TSX: GCM) this morning reported its production results for the month of August at its Segovia operations. The company continues to see strong improvements from the year ago period, with production being up on a year over year basis.

For the month of August, Gran Colombia produced a total of 17,377 ounces of gold and 17,915 ounces of silver, an improvement over the 15,258 ounces of gold produced in the prior month. July silver production numbers were not previously provided.

The company reportedly remains on track to produced between 200,000 and 220,000 ounces of gold at Segovia this year as previously guided.

Gran Colombia Gold last traded at $5.10 on the TSX.