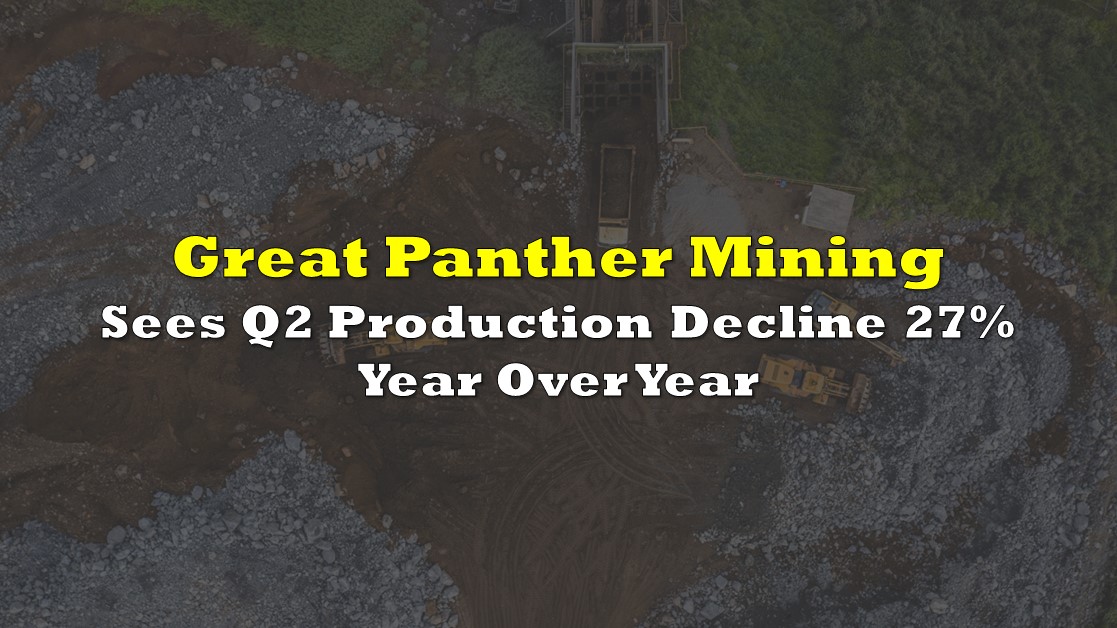 Great Panther Mining (TSX: GPR) this morning released its production results for the second quarter. The firm managed to produce a total of 20,187 gold equivalent ounces during the quarter, an improvement over the first quarter of the year.

Production for the quarter consisted of 16,889 gold ounces along with 159,529 silver ounces, compared to 14,319 gold ounces and 173,698 silver ounces in the prior quarter. Production meanwhile was down significantly on a year over year basis from 27,722 gold equivalent ounces, a 27% decline.

The company states it is “on track” to hit previously issued annual guidance of 100,000 to 119,000 ounces of gold equivalent production in 2022, with 65% of gold production guidance from the Tucano mine expected to come through in the second half of the year.

The quarter meanwhile is expected to mark the last full quarter from the firms Mexican silver operations, which are expected to be sold off in the third quarter under a previously announced arrangement.

“The second quarter was transformational for Great Panther with the announcement of the agreement to sell our Mexican assets. Divesting these assets allows us to channel our resources towards the Tucano Gold Mine where we believe the most value can be created for investors and other stakeholders,” said interim CEO Alan Hair.

Production guidance for the year is, of course, subject to change if the sale of the firms Mexican silver operations goes through.

The production results follow the news earlier this month wherein the company indicated it will be conducting a ten to one share consolidation as a means of maintaining listing standards with the NYSE. The exchange requires a minimum price of US$1.00 per share to be maintained to remain in good standing.

Great Panther Mining last traded at $0.12 on the TSX.