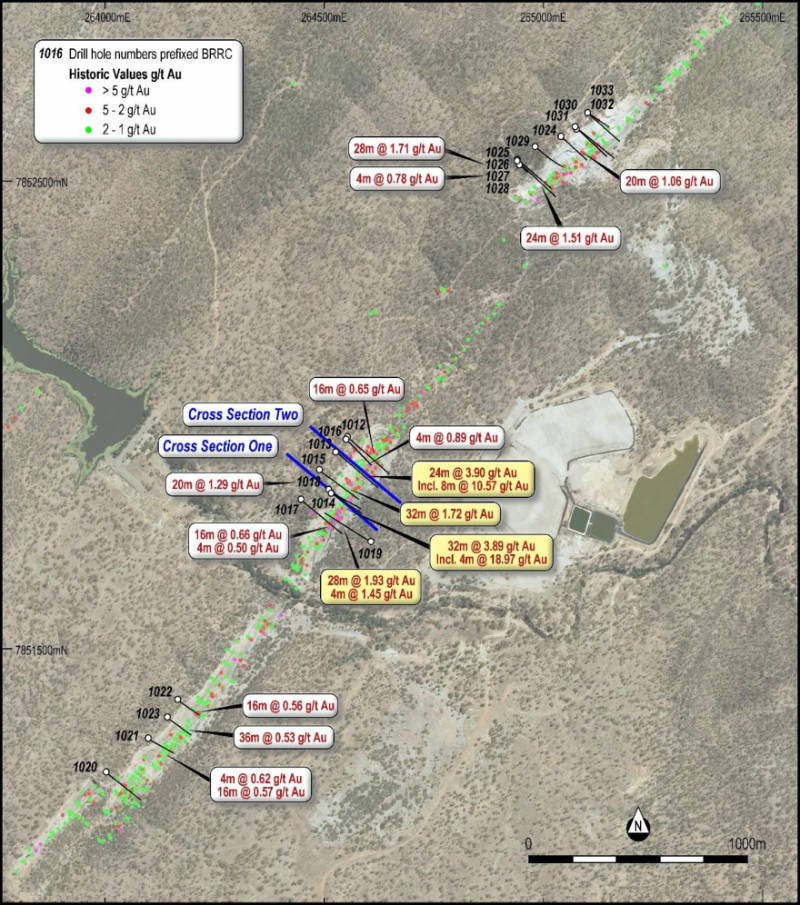 Results above 5g/t gold are generally considered to be high-grade.

“This drill program has opened up the potential at Big Rush for the delineation of a large gold resource,” Great Northern Minerals (ASX:GNM) Managing Director Cameron McLean said.

“Anomalous gold mineralisation is now documented to occur over at least one kilometre of strike and so far appears to continue at depth well into the primary ore zones.”

Initial 4m composite assays have been received from 16 of the 22 holes drilled and results from the remaining six holes are due in the next two weeks.

Assays from the 21 large diameter aircore holes drilled to assess potential economic mineralisation in a large stockpile of previously mined material are also due within the next two weeks.

Great Northern has also flagged that large metallurgical samples could be collected from this stockpile for beneficiation and screening test work to determine its potential.

Big Rush is part of a package of assets covering 695 sq km that the company acquired last year. It produced a combined +160,000oz at an average grade of 1.9g/t in the 90s.

The shallow, open cut Big Rush, Golden Cup and Camel Creek mines were all ‘in mineralisation’ when mining stopped and had never been drilled at depth.

These mines form the core of the company’s plans to develop a new multi-million ounce gold camp in Queensland and exploration to date has already provided some support for this goal.

Besides the most recent results from Big Rush, recent drilling at Camel Creek has also been positive with gold intersected in all 18 holes drilled.

This article was developed in collaboration with Great Northern, a Stockhead advertiser at the time of publishing.