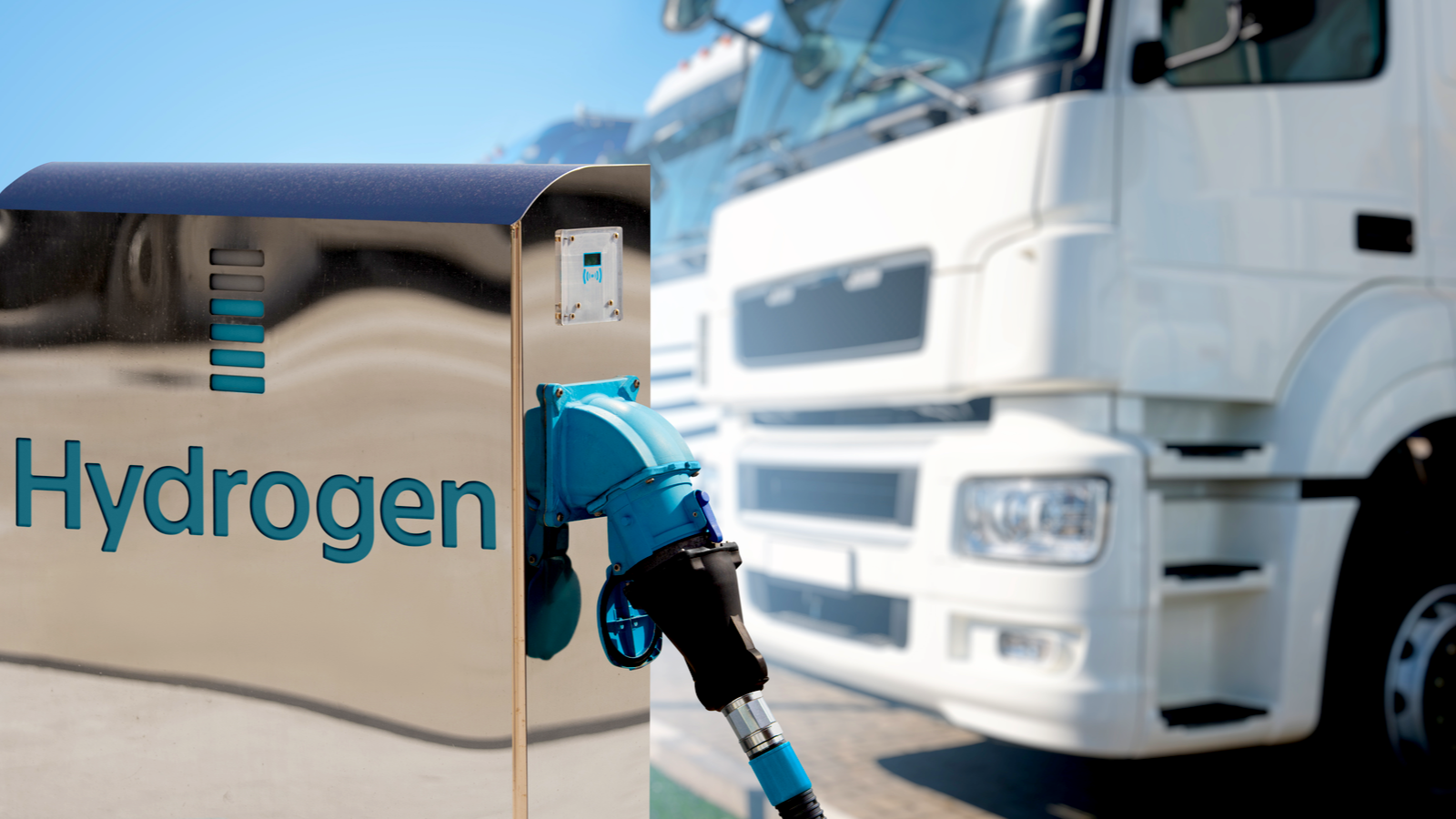 [Editor’s note: “Hydrogen Stocks Reached a Critical Point and Are Primed to Soar” was previously published in April 2022. It has since been updated to include the most relevant information available.]

They say timing is everything. And right now, the timing is perfect to look for hydrogen stocks to buy.

By “right now,” I quite literally mean right now.

We said that 2022 would be the year hydrogen comes into its own as a viable clean energy technology. And that’s mostly due to the plunging cost of its production alongside the soaring costs of oil and natural gas. (It all comes down to economics). As a result, the $11 TRILLION Hydrogen Economy will start to emerge.

Sure, its just forklifts. But you have to start somewhere. Mark my words. This is the beginning of Walmart’s entire operations — stores, trucks, forklifts, and more — shifting to hydrogen power.

See why we’re so bullish? The deal lit a fire underneath already-red-hot hydrogen stocks. Indeed, Plug Power stock popped, adding to its already absurd 900%-plus gain over the past five years. 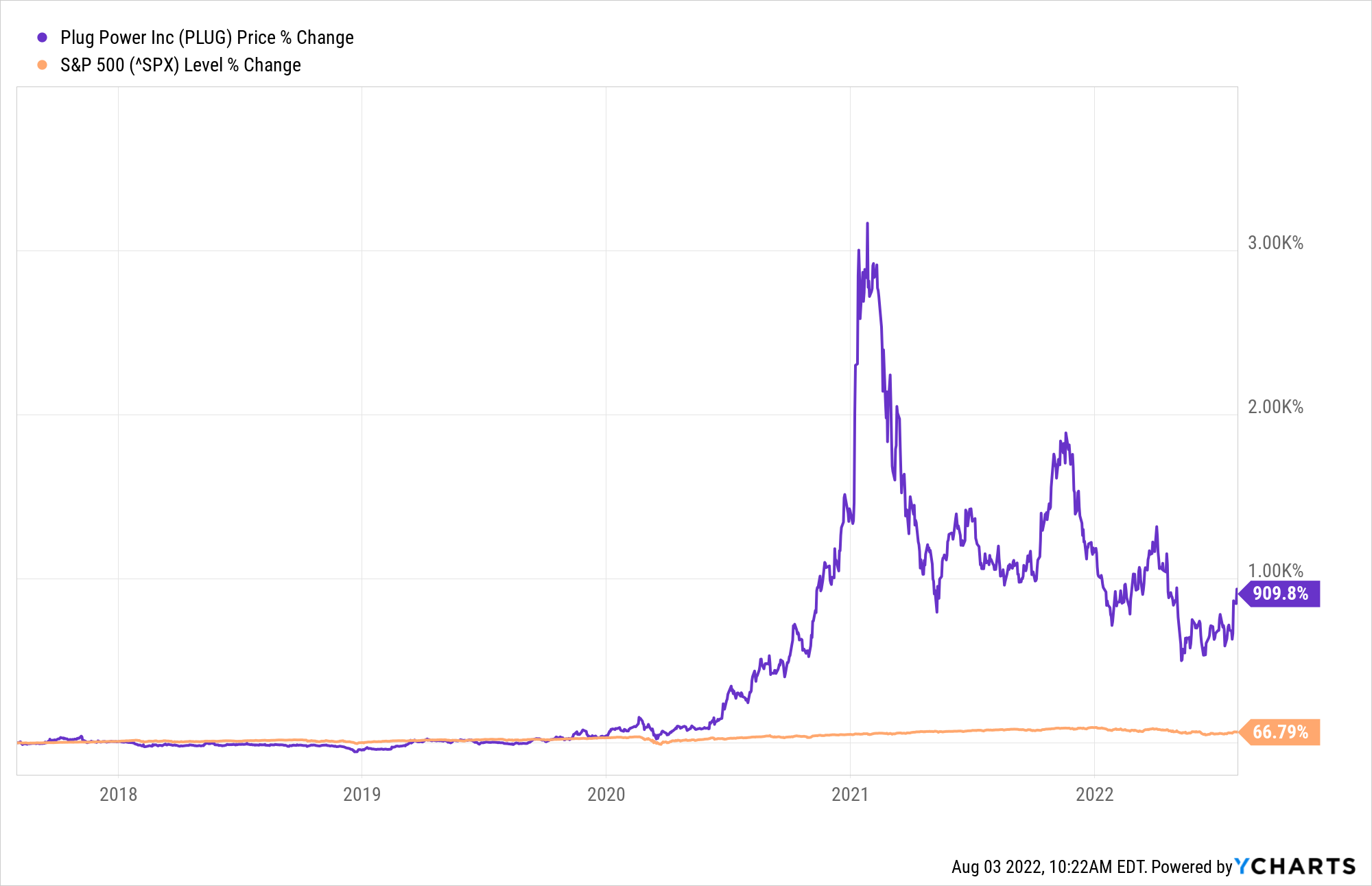 But in truth, we think this party for Plug Power — and all hydrogen stocks — is just getting started.

It’s time to buy. The next wave of the energy revolution has arrived. And just like the last wave — EVs and solar power — this will mint millionaires, too.

The only question is: Will you be one of them?

We didn’t know it was going to happen. But on the same day we said the Hydrogen Revolution was ready to kick into hypergrowth mode, the world’s largest-ever green hydrogen production deal was struck.

Context is required to understand the magnitude of this deal because it’s much more important that it may seem at first glance.

Hydrogen is the lightest element in the universe. Therefore, hydrogen fuel cells are the most energy-dense power source in the world. To that end, hydrogen fuel cells make the most sense in long-range, heavy-use situations. There, you need an energy source that packs a powerful punch and doesn’t need much downtime. And one such application is forklifts.

So, over the past several years, Plug Power has been hyper-focused on making hydrogen fuel cells for use in forklifts. Walmart has long been interested in this idea. In fact, since 2012, Walmart has bought thousands of hydrogen forklifts from Plug Power.

Recently, Plug Power has expanded its operational focus from being a hydrogen forklift company to being an all-in-one hydrogen powerhouse. That has included the creation of green hydrogen production plants.

Quick recap: Green hydrogen is H2 that’s produced from renewable energies. Funnily enough, despite hydrogen being the most abundant element in the universe, it doesn’t exist in its pure form naturally. Therefore, to produce it, we need to obtain it from other energy sources. Those sources can be fossil fuels (which produce “gray” or “blue hydrogen”) or renewables like solar (which produce “green hydrogen”).

Most of the hydrogen energy in use today is gray hydrogen. And that’s simply because the cost of producing green hydrogen has been prohibitively expensive. Ecologically, that’s problematic because gray hydrogen isn’t really a departure from fossil fuels. It’s just wrapped in a different package.

Most energy analysts have long predicted that the critical driver of the H2 Revolution hinges upon green hydrogen becoming cost-effective.

We appear to be at that crucial inflection point today.

Just look at the Walmart deal. The world’s largest retailer wouldn’t be striking a deal for 20 tons of green hydrogen per day — enough to power about 25,000 forklifts — if it didn’t think Plug Power could deliver at cost-competitive levels.

And if that’s the case, then this is just a sample of what’s to come. Walmart will test green hydrogen as a forklift fuel source. Then, it will start using green hydrogen in its delivery trucks and vans. End game, the company will use it to power stores.

It’s possible that green hydrogen costs are at the critical inflection point of becoming economically viable. And this could very well be the start to the world’s biggest retailer powering its entire operations with green hydrogen.

This may mark the beginning of a new energy revolution.

The Start of an Energy Revolution

Science seems to strongly back the claim that green hydrogen costs are at a tipping point. And it bolsters the belief over the next several years, improving economics will drive robust, widespread adoption of green hydrogen.

In other words, Walmart may be the first in a series of mega-corporations that start buying green hydrogen for fuel.

The result? A flip-flopping of the cheapest hydrogen production method.

In April 2022, due to the spike in gas prices, Europe, the Middle East, Africa and China saw green hydrogen costs drop below that of gray hydrogen. According to Bloomberg New Energy Finance, green hydrogen production is about 15% cheaper throughout Europe and 40% cheaper in China.

This marks a critical moment in time.

Green hydrogen wasn’t supposed to be cheaper than gray until 2030. But it’s already made it there. Original projections called for H2 costs to break even with fossil fuels in 2028. Though it seems that moment may come much sooner. 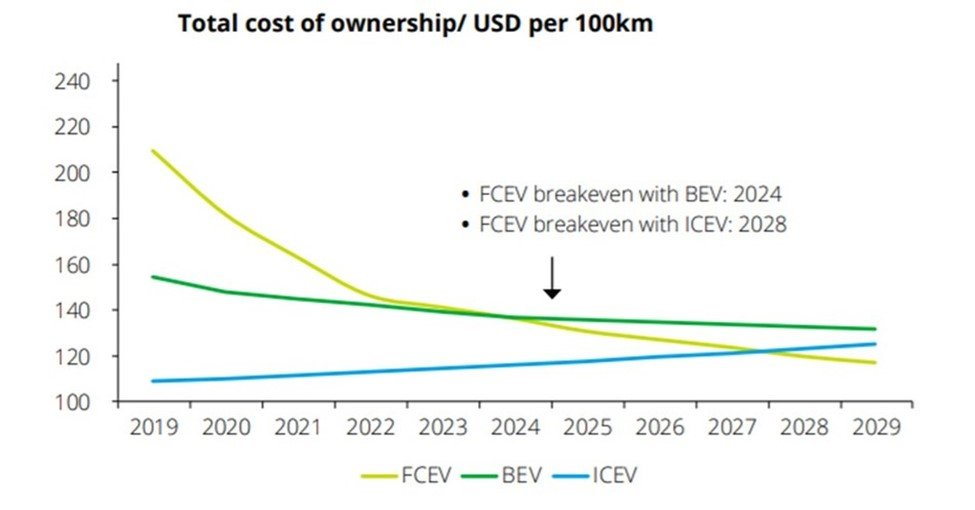 In other words, green hydrogen may soon be, if it’s not already, the cheapest energy source in the world.

The Final Word on Hydrogen Stocks

Some things in life are coincidences. This is not. This the world’s largest retailer’s strategic deal to secure green hydrogen production before a “gold rush” occurs very soon.

And this gold rush will send hydrogen stocks — and all alternative energy stocks — significantly higher.

They say timing is everything. Well, today, the timing couldn’t be more perfect for hydrogen stocks — or any alternative energy stocks, really.

With fossil fuel prices soaring and renewable energy expenses dropping, cost-parity dates for clean energies have been accelerated by years. So, too, has the entire New Energy Revolution.

There are many ways to play it — hydrogen stocks. solar or wind stocks, energy storage stocks; even battery stocks.

All represent great long-term investments that will generate huge returns over the next three, five, and 10-plus years. Find out more about those excellent investment opportunities.

I’ll give the final word to Plug Power’s own CEO, Andy Marsh:

The post Hydrogen Stocks Reached a Critical Point and Are Primed to Soar appeared first on InvestorPlace.