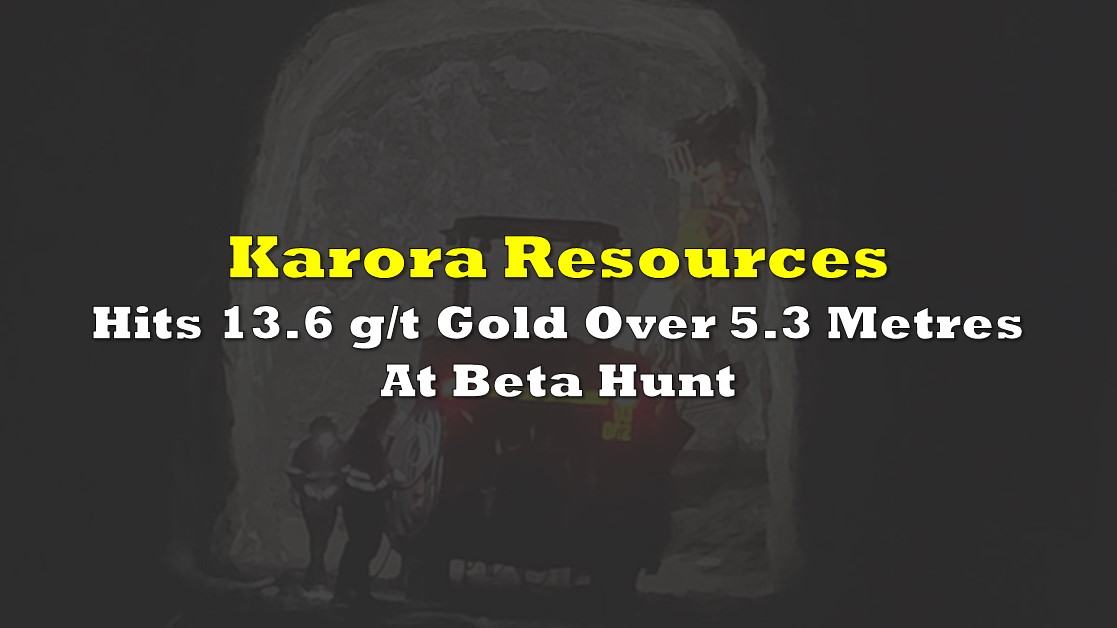 The laterst drill results from Karora Resources (TSX: KRR) are expected to have significant positive impacts on the firms current mineral resource at the Beta Hunt mine.

Karora this morning released the latest results from ongoing exploration at the Western Flanks zone at Beta Hunt, where mineralization has been encountered 150 metres below the current resource estimate for the zone. Drilling has been conducted via deep drilling as well as underground infill drilling.

Highlights from the deep drilling results include:

Highlights from infill drilling also include:

The Western Flanks zone is the largest such zone at the Beta Hunt property, with the results said to be positive for both the extension of the life of the mine as well as for near term mining potential. The shear zone is said to remain open at depth, and extends to a depth of 350 metres down-dip.

Karora Resources last traded at $3.35 on the TSX.