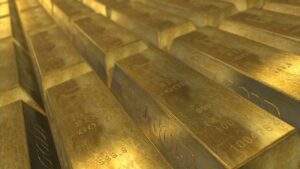 Canadian-based gold and silver mining company Kinross Gold has divested a 100% stake in its Russian assets to Russian firm Highland Gold Mining and its affiliates for $340m in cash.

In early March, the Canadian company suspended operations in Russia to comply with Western sanctions against Moscow over its military offensive against Ukraine.

The sale included the Kupol and Dvoinnoye operating mines; exploration assets, including the Chulbatkan project; and related infrastructure.

According to the deal, Kinross has received a $300m cash payment and is due to receive a deferred payment of $40m on the first anniversary of the deal closing.

Although previously the transaction’s total consideration was set at $680m, including a $100m payment upon closing, the parties made adjustments based on a review by the Russian Sub-commission on the Control of Foreign Investments.

The commission approved the deal between Kinross and Highland for a price not surpassing $340m.

With the completion of the sale, Kinross holds no further obligations or liabilities in the country.

Kinross president and CEO J Paul Rollinson said: “After the completed divestment of our Russian business, Kinross’ rebalanced portfolio maintains a substantial production outlook anchored by its two tier-one assets – Tasiast and Paracatu – as well as a strong portfolio of mines in the Americas, a growing business in Chile, and the large, world-class Great Bear project in Canada.

“We would like to thank our Russian workforce for their dedication, professionalism and hard work. Their ongoing commitment to safety and the environment, especially during the transition of our business in the country, has been commendable.”

Russian gold producer Highland Gold has operations around three main hubs in the Khabarovsk, Zabaikalsky and Chukotka regions of Russia, as well as assets in Kyrgyzstan.

The post Kinross divests Russian assets to Highland Gold at half the set amount appeared first on Mining Technology.