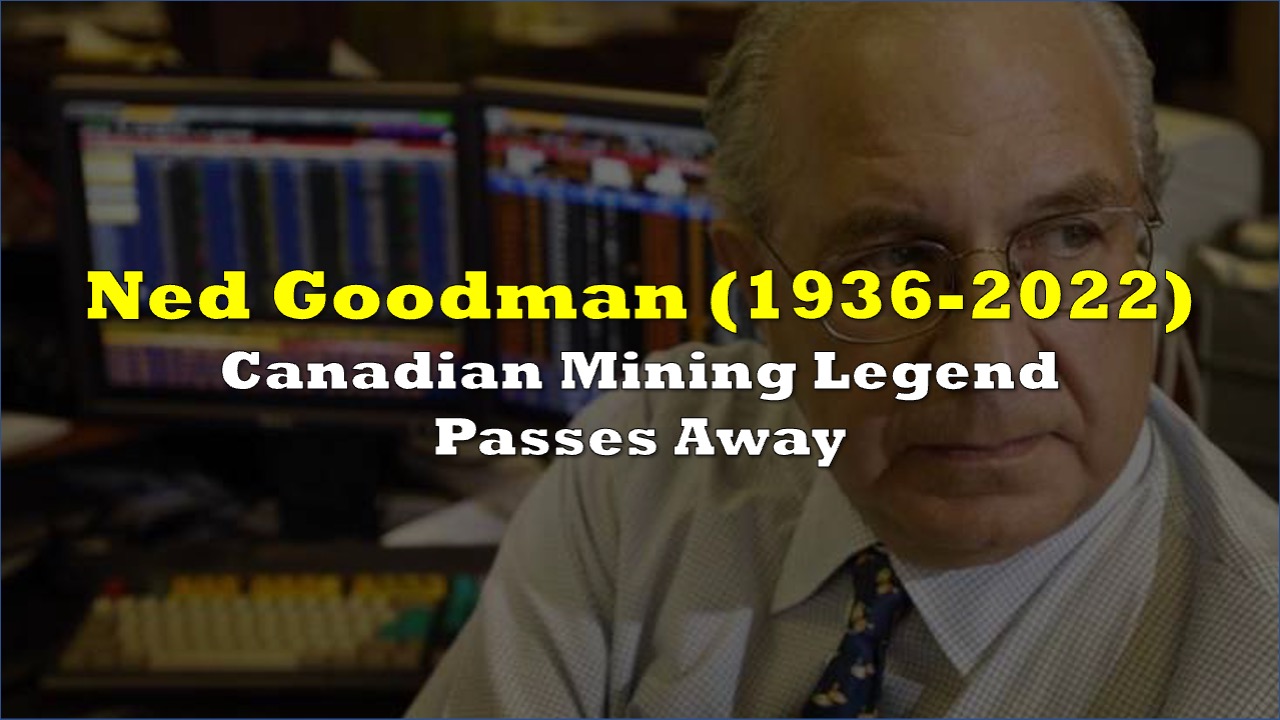 Ned Goodman, a luminary of Canadian mining and one of the leading architects of the country’s investment management industry, passed away on Sunday, August 7. He was 85 years old.

His dynamic career spanned almost half a century, with much of it spent honing and enriching the minerals industry and capital markets, making pivotal contributions as founder, merchant banker, and investment advisor.

In 1960, the Montreal native received a Bachelor of Science degree in geology from McGill University. He then went to work for Noranda, a major Canadian mining company, but was fired the same year. He went back to school and by 1962, had earned an MBA from the University of Toronto. In 1967, he received a Chartered Financial Analyst (CFA) designation. Soon after, Goodman partnered with Austin Beutel to form Beutel Goodman, a private wealth management company. The venture proved to be transformative as this was before the time of mutual funds and wealth management firms.

Goodman did not stop building. He used his acumen in finance management and knowledge of geology to nurture investment opportunities and played a crucial role in building a number of successful mining companies, most notably Kinross Gold and International Corona, where he became the largest shareholder and chairman.

His contributions are known to have influenced the re-emergence of the country’s gold-mining industry in the 1980s. He was also involved in establishing Repadre (later IAMGOLD) and was an early backer of FNX Mining Company Inc. (later Quadra FNX Mining) and its discovery and development of new nickel deposits in Ontario’s Sudbury camp.

More recently Goodman was the CEO of Dundee Corp., a mining investment company that he founded in 1991. In 1998, he established DundeeWealth, a financial services subsidiary that offered investment management and financial advisory services. DundeeWealth was fully acquired by Scotiabank in 2011.

Dundee financed many early-stage exploration companies, cementing Goodman’s role as a driving force in Canada’s mining industry. In 2012, he was inducted into the Canadian Mining Hall of Fame.

Goodman is survived by his wife of over six decades, Anita, their four sons, 16 grandchildren, and two great-grandchildren.

Information for this briefing was found via The Canadian Mining Hall of Fame. The author has no securities or affiliations related to this organization. Not a recommendation to buy or sell. Always do additional research and consult a professional before purchasing a security. The author holds no licenses.