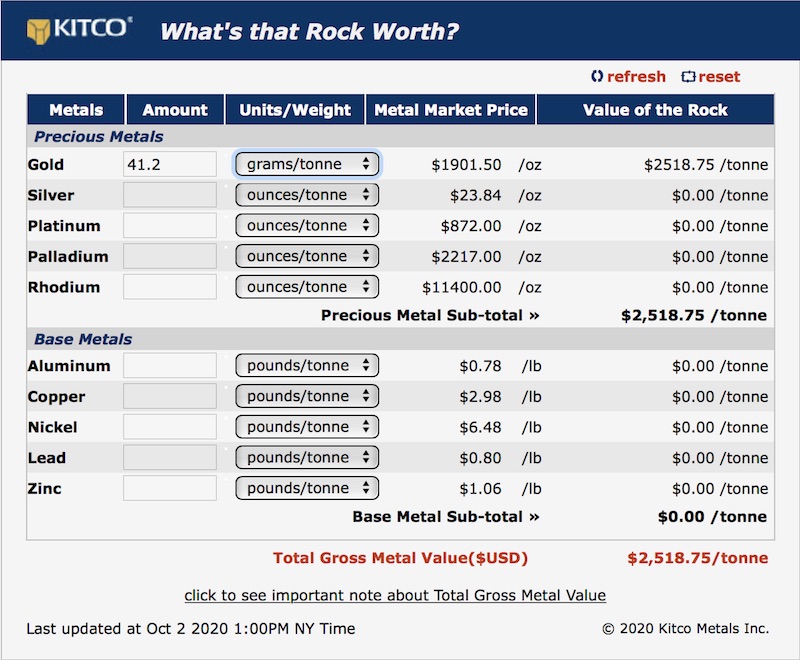 Bob Moriarty of 321gold takes a look at results coming out of the company’s drill program at its Newfoundland project.

In the last month or so I have done half a dozen interviews. In each I said that the next couple of months easily could be the most significant in US history. With the news that the President and First Lady both test positive in the PCR Corona test (which doesn’t test for Covid-19) the weird just got a whole lot weirder. As cynical as I am, no matter how cynical I get, I just can’t keep up.

So we easily could have an election, if there is one, between Pence, who can go out in the Washington DC afternoon sun and cast no shadow and Kamala Harris who is already talking about a “Harris Administration.” At least she realizes along with the rest of us that Joe Biden is senile and she is Plan B. I think that is covered in the “Gag me with a spoon” exception.

While every junior resource company in Canada would love to have those kinds of numbers, the vast majority of investors would have skipped over or totally missed the most important parts of the news release. $2500 a ton rock is nice. 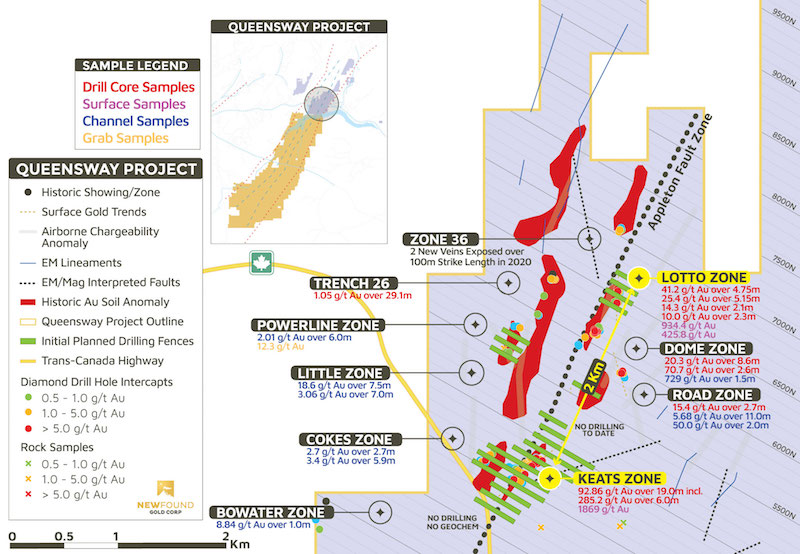 Lotto isn’t the primary high-grade zone. That’s Keats where two drill rigs are plugging away as I write. Keats’ numbers will be out soon and could be explosive if they repeat anything similar to the 92.86 g/t gold over 19 meters from the first hole. Lotto is some 2 kilometers from Keats. With a similar style of mineralization and bonanza grades, if Keats and Lotto join up, NFG is off to the races. After all, they are on the same trend. If you have 2 km of bonanza grade, well, you have a gold mine.

But just as significant is the depth where the high-grade intercepts took place. With a 46-degree dip, going down hole 70 meters puts you only 50 meters from the surface. That’s well within open pit parameters.

So what we know so far is that NFG has bonanza grade gold over what could be a 2 km stretch that would be easy and low cost to mine in an open pit.

The float on NFG is tiny with 81% of the shares in the strongest of strong hands. At today’s price NFG has a market cap of only $330 million but is sitting on $75 million in the treasury. Compare that to the market value of Great Bear at $750 million. If NFG hits similar numbers to the first hole at Keats or better look for them to join the billion dollar club.

NFG is an advertiser. I have bought shares so naturally I am biased. Do your own due diligence. There is no limit to where this company could go.