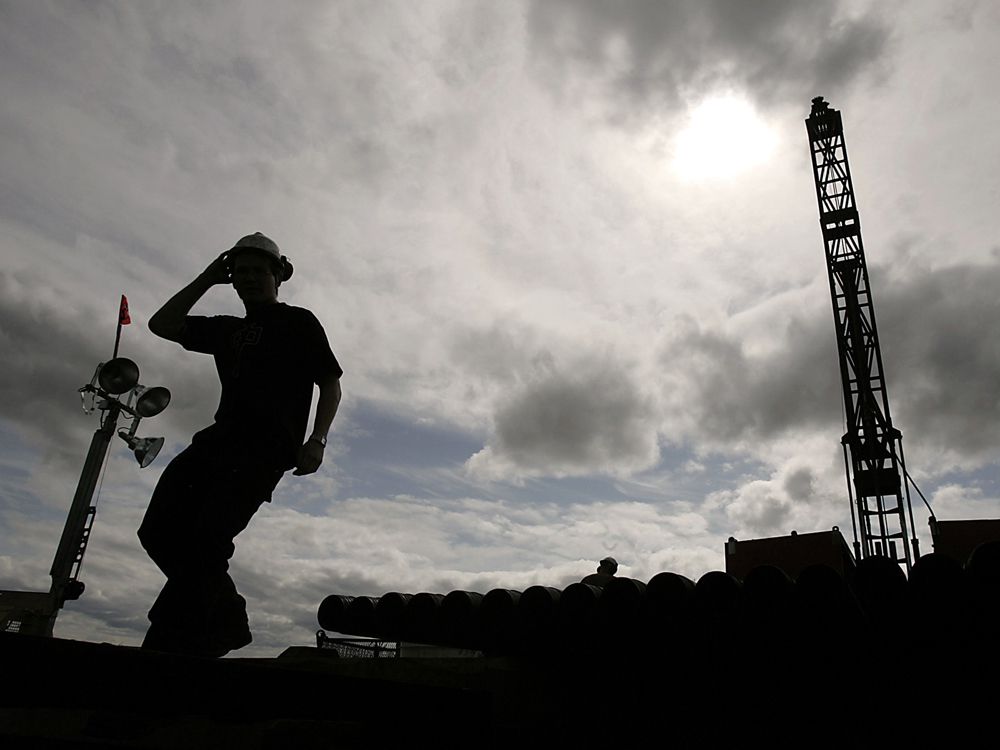 Last week, Vancouver-based Northern Dynasty Minerals Ltd. issued a press release that declared its Pebble Mine, located in Alaska’s Bristol Bay, as the “most significant” source of rhenium in the world.

Rhenium, one of the rarest elements in the earth’s crust, is prized in military and industrial applications for its high melting point yet remained unheard of to most investors until U.S. President Donald Trump included it on a list of critical elements in 2017 whose permitting should be prioritized and streamlined.

Advertising the Pebble Mine as a significant source of rhenium marks the latest strategy by Northern Dynasty to advance its long delayed, highly controversial, project — a polymetallic deposit that contains copper, gold, molybdenum, rhenium and various other metals.

Its controversy stems from its location in the headwaters of the Bristol Bay watershed, a pristine tundra connected to North America’s most productive salmon fishery, facts which have united environmentalists who want to protect the area from industrial development with political figures who would otherwise be likely to support a giant mining project, such as Donald Trump Jr. At the same time, its potential to open a whole new mining district is exactly what attracts mining companies and investors, and may be what ensures a long, protracted battle over its future.

“The headwaters of Bristol Bay and the surrounding fishery are too unique and fragile to take any chances with,” the U.S. president’s son tweeted in August.

As a sportsman who has spent plenty of time in the area I agree 100%. The headwaters of Bristol Bay and the surrounding fishery are too unique and fragile to take any chances with. #PebbleMine https://t.co/4ffLdF4Qqe

His tweet responded to Nick Ayers, former chief of staff to U.S. Vice President Mike Pence, who tweeted he does not want a Canadian company to mine one of his country’s greatest assets, and that he believes President Trump would block the project.

It is among the reasons why people both opposed and in support of the project believe the regulatory process has been politicized.

“We could be talking ten years from now, and these issues could still be going on,” said John Tumazos, an analyst with New Jersey-based Very Independent Research LLC. “I’m tired, but it’s one of the largest undeveloped copper-gold deposits in the world.”

With copper and gold prices both rising, hovering around US$2.98 per pound and US$1,911 per ounce respectively, that means investor interest in the project is likely on the upswing. “It’s a little like a Saudi Arabia for gold,” he added.

While Tumazos said he still has questions about whether the mine even makes economic sense, and if so, how it will be financed, he blamed environmentalists for politicizing the process.

In 2019, he became tangentially embroiled in controversy when the U.S.-based non-profit Earthworks asked the U.S. Securities and Exchange Commission to investigate alleged insider trading. The group alleged Northern Dynasty executives disclosed inside information about an upcoming favourable regulatory decision at Tumazos’ annual conference. Tumazos wasn’t accused of insider trading, was never charged with any wrongdoing and disputed that the information disclosed at his conference was even non-public, given that it was cast live online.

The battle over Pebble may be a harbinger of the coming political fights around mines. In an age of declining geological discoveries, when the scale and complexity of mining projects have both increased, the idea of opening a whole “new district” has growing appeal with investors.

Other examples include Noront Resources Ltd.’s proposal to open the Ring of Fire district in Northern Ontario, and Barrick Gold Corp.’s attempts to open the El Indio Gold Belt between Chile and Argentina. Although Tumazos called Pebble more special, saying it is higher grade than a typical large-scale project, he acknowledged the battles between environmentalists and mining companies are likely going to increase in the future.

“As metals become more scarce, the geologists go into more remote and more difficult places,” said Tumazos. “They also go to lower grade ore, (and) that require more tons of waste striping, there’s more tailings, that require more water, because they have to process more tons. As the ore grades drop, the environmental and social impacts become more severe.”

For the Pebble Mine, investor interest and environmental opposition both appear to be unusually intense.

Already, at least three other mining companies have studied and dropped the Pebble Mine, and yet Tumazos, who said he is not an investor in the project, believes that regardless of how long permitting, economic feasibility studies, engineering and litigation ties up the project, some mining company is likely to try and push the development.

In 2014, under the Obama Administration, the Environmental Protection Agency had imposed restrictions that would have blocked the mine from construction. But under the Trump Administration, the EPA and Northern Dynasty reached a settlement to remove the restrictions, and this summer the U.S. Army Corps of Engineers cleared the path for a permit, though the company still needs to show how it would mitigate the environmental impacts of its project.

of the company’s top executives saying the company expected to receive a permit shortly, perhaps after the U.S. Presidential election, and

said the public opposition to the project from both of Alaska’s Republican senators, Lisa Murkowski and Dan Sullivan, was not sincere.

Sen. Sullivan, who is up for reelection this year, subsequently took to Twitter to reiterate his opposition to the proposed mine, and Sen. Murkowski tweeted heart emojis and video of salmon in reply.

In my Aug. 24 statement, which I unequivocally stand by, I announced my opposition to Pebble Mine & said it should not be permitted b/c it does not meet the high standards we demand for all resource projects in AK. Any suggestion otherwise is a blatant mischaracterization

Ronald Thiessen, chief executive of Northern Dynasty, was not available for an interview.

Both he and Tom Collier, the chief executive of the company’s U.S. subsidiary, were recorded on the calls.

Collier subsequently resigned, and in a press release, Thiessen scolded Collier, characterizing his comments as “crass” and the company apologized to both Senators and “all Alaskans.”

In the tapes, the company’s executives also said the company had applied for a 20-year permit, but said the deposit could be mined for 180 to 200 years. They also say on the tapes it could make the Donlin Gold project, which is owned by other companies, economically feasible, for instance, if a 180-mile road could connect the two projects. 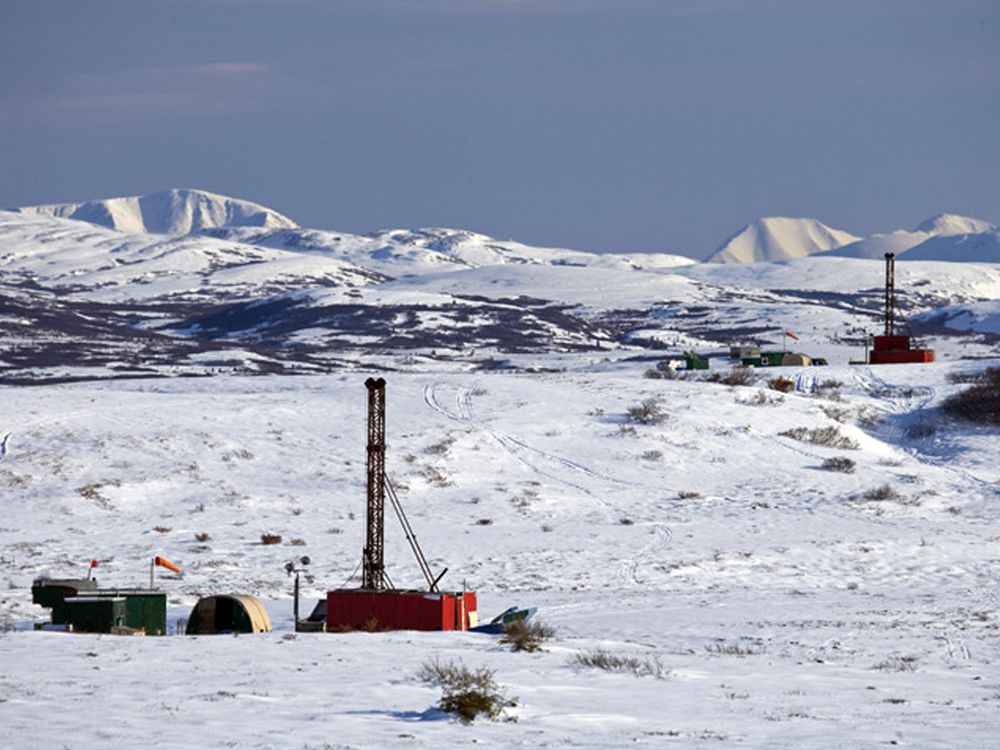 “When you flip the Pebble switch on, that means you could flip the Donlin switch,” Collier said, who added that the state of Alaska could finance the road and the port in what would be a win for both companies.

In an emailed statement, Jason Mercier, a spokesman for Novagold Resources Inc., which co-owns the proposed Donlin Mine with Barrick Gold, denied that the companies had ever discussed a road or any other type of partnership or shared resources with Northern Dynasty.

“The Donlin Gold project continues to advance on a stand-alone basis and is not engaged with any other companies,” Mercier wrote.

In the complaint to the BCSC, filed on behalf of Earthworks, solicitor and barrister Shin Imai alleged that while the company was soliciting investments in a mineral deposit that it advertised as being much larger than what it is actually seeking permits to mine, and that the closure plan submitted in the permitting process could preclude future mining.

In the immediate aftermath last May, Northern Dynasty’s stock price dropped eight per cent to 60 cents per share, although its price has since recovered and hit a peak of $2.15 per share this July and was trading at $1.45 per share on the Toronto Stock Exchange on Monday.

“They’re trying to get a permit for one thing, then it turns into something else,” said Jamie Kneen, communications and outreach coordinator at Mining Watch.

Kneen said the project has been “a political football,” and if it’s constructed and a tailings dam fails or effluent leaks, it could damage a salmon fishery that’s a major economic contributor, affecting tens of thousands of jobs and local communities.

Still, he said bids to build such remote projects, while far from the only mining projects, are becoming the norm. 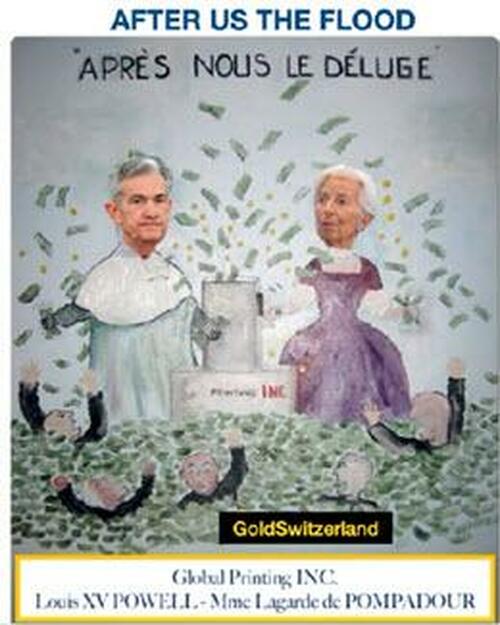