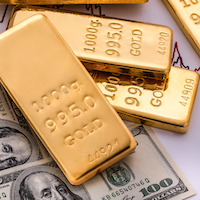 Power Metal Resources (LSE:POW) and Red Rock Resources (LSE:RRR) both enjoyed a strong lift on Tuesday after revealing yet another expansion to their joint venture (“JV”) in Australia’s Victoria Goldfields.

Through their shared outfit Red Rock Australasia, the firms have lodged applications for two new licence areas covering 215km2 in Victoria – one of the world’s most active and prospective high-grade gold mining region.

This takes the JV’s total licence application area to 919km2 of ground adjacent to the Ballarat gold mine owned and operated by Castlemaine Goldfields – a subsidiary of Liongold Corporate. Ballarat is currently producing 40,000 ounces of gold a year at an average grade of 5.6g/t gold from underground mining and has historically produced more than 13 million ounces of the precious metal.

Excitingly, all of the joint venture’s application areas have extensive evidence of gold mineralisation. In many cases, they even have recorded production and historical drilling.

In Tuesday’s announcement, Power Metal’s chief executive Paul Johnson said the expansion has granted Red Rock Australasia “critical mass” in Victoria with a broad spread of targets that could become mines. “I look forward to the coming weeks and months, when we will be providing further information to the market outlining the prospectivity of each project within the JV portfolio,” he added.

The two firms first announced their entry into the Victoria Goldfields in April, when they applied for 130km2 of ground. Several days afterwards, they added a further 581km2 to this holding.

Victoria is currently experiencing something of a modern day goldrush. Historically, work in the region has mostly been mostly alluvial – or at surface.  However, many players are now looking to follow in the footsteps of Kirkland Lake Gold, whose Fosterville gold mine has become one of the world’s highest-grade, and lowest-cost projects through underground drilling. In Q1 2020 alone, the project produced 159,864 ounces at 42.4g/t primarily from underground operations.

In Tuesday’s update, Andrew Bell, the chairman of Red Rock Resources, elaborated on his new JV’s potential to this end:

“Each license contains evidence of gold mineralisation and historic gold workings, with in many cases recorded production from previous alluvial mining or underground drives.

At a time when the Goldfields are attracting considerable new interest after a series of discoveries and the opening up of the high grade zones at the Fosterville mine, RRAL has made a strategic decision to become a regional specialist in the Victoria Goldfields with a twin focus on bringing brownfield projects back into production and discovering new mines. Often it is by producing that one makes discoveries.”

MiningMaven Ltd, the owner of MiningMaven.com, does not own a position in the stock(s) and/or financial instrument(s) mentioned in the piece.