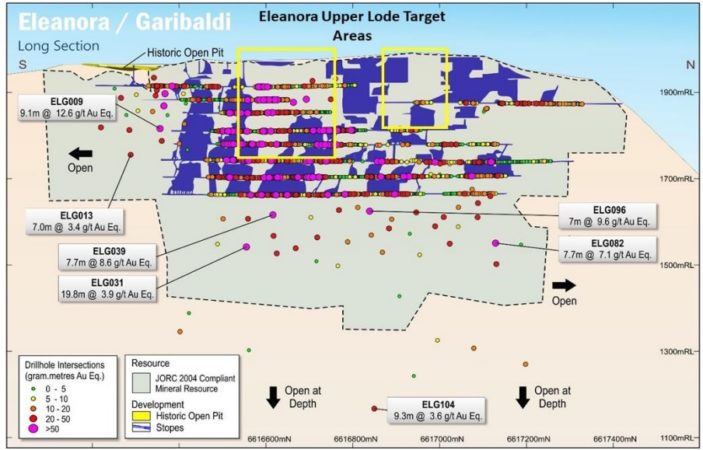 Red River Resources (RVR.AX) continues to drill away at Hillgrove and the company has now
released more assay results from its Eleanora drill program where three holes
confirmed the presence of gold mineralization.

Three additional holes at Eleanora have
been completed and shipped off to the lab while a final three holes will be
completed soon (and may already have been completed by now). Upon completion of
these additional holes, the drill rig will move to Curry’s Lode where it will
drill-test a high-grade gold-antimony area which was discovered during a
sampling program. Red River is planning a small seven hole drill program (655
meters) as a first pass exploration program at Cully’s Lode. As Red River plans
to restart the stockpile by the end of this year and aims for a full restart of
the underground mining operations by the end of next year, defining additional
satellite deposits that could provide additional mill feed will add value to
the Hillgrove project which currently has a resource of almost 700,000 ounces
of gold and 74,000 tonnes of antimony and with gold trading above A$2,500, Red
River’s initial cash flow could be very promising.

Meanwhile, the strong zinc price bodes well for the quarterly cash flow generated at the Thalanga base metals mine in Australia and the cash flows of that operation will help fund the A$5M capex associated with the restart of the Hillgrove gold project.

Disclosure: The author has no position in Red River.