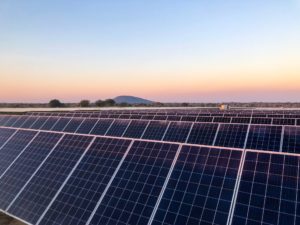 Scatec has entered into a lease agreement with mining company Torex Gold for a 8.5 MW solar plant to provide renewable power to the Morelos Media Luna and El Limon Guajes projects in the Guerrero Gold belt 180 km southwest of Mexico City.

“We are very pleased to have entered into this agreement with Torex Gold. The agreement is a landmark deal for ‘Release by Scatec,’ our flexible solution for pre-assembled and containerised solar PV delivering a low cost, clean, and reliable power solution,” says Hans Olav Kvalvaag, SVP Release at Scatec.

The initial contract term is ten years with the possibility of extension and options for buy-out starting after the expiry of year 3. The solar plant can at any time be expanded, including adding battery storage to further increase the use of renewable energy. It can also be moved to a new location if needed. The new solar plant is estimated to be completed in fourth quarter 2021 subject to permitting approvals.

“The agreement is an important milestone for us in delivering reliable and renewable power to the mining industry. We have had a good cooperation with Torex in designing the solution to adapt to challenging topography. The Release model is designed to provide flexibility both with regards to contract term and capacity, and thus has great potential in mining,” Kvalvaag continues.

The new plant is expected to reduce Torex’ Scope 2 greenhouse emissions by up to 8.6% using 2019 as the baseline year and is Torex’ first major foray into renewable energy at its operations.

“As is often the case with innovative and sustainable solutions, in addition to the environmental benefits the solar plant will provide, there will also be economic upside and benefits to the local communities. Factoring in the installed cost of the plant together with the ongoing lease fee, we expect to save approximately US$1 million per year in energy costs over a 20-year lease period, with full payback of the solar plant realised within approximately seven years,” says Jody Kuzenko, President & CEO of Torex.