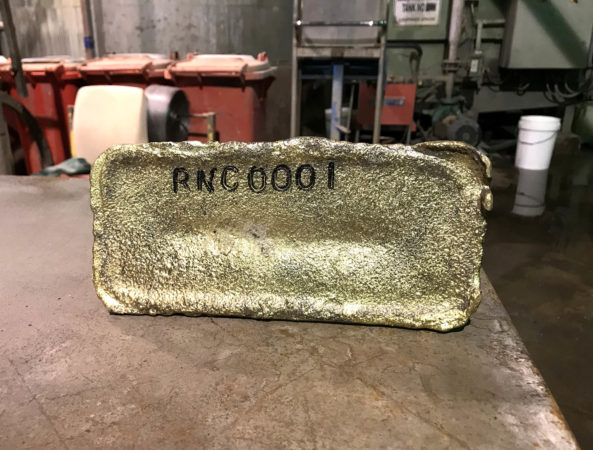 The second quarter was a busy quarter for Maverix Metals (MMX.TO, MMX). Not only did the company successfully navigate through the muddy COVID-19 waters, the company’s cash flow results remained strong thanks to the excellent gold price while the Q3 income statement will benefit from a one-time item with the successful sale of a portion of the Beta Hunt royalty to Karora Resources (KRR.TO) which wanted to reduce its royalty payments. Maverix struck an agreement with Karora whereby Maverix will receive a cash payment of US$18 million as consideration to reduce the royalty from a 7.5% NSR to 4.75%. In addition to the payment, Maverix should also benefit from additional attention and capital being devoted to Beta Hunt from Karora. To-date (and including the payment) Maverix has received US$36 million from the royalty versus Maverix’s total cost of acquiring the 7.5% royalty of US$15 million. The Beta Hunt royalty has already provided handsome returns to Maverix, and although at a reduced rate, Maverix will still bank a few million dollars per year in royalty payments from Karora.

The Q2 cash flow was strong, but the Q3 cash flow should be even stronger as the gold price continues to move up and the attributable production should increase from the Q2 levels where COVID-19 restrictions had a negative impact on the output. Meanwhile, Maverix is trading 10% lower than where it started the year, which is surprising given the gold price is up 30% since the $1528/oz at the beginning of the year.

A quick look at the Q2 production results and financial
results

During the second quarter, Maverix recorded
total attributable gold-equivalent ounces sold of 6,412, which were sold at an
average price of $1711/oz generating a margin of $1572/ounce. The attributable
output was slightly higher than in the first quarter of the year, and we are
now quite confident Maverix will record total attributable gold sales exceeding
25,000 ounces this year and very likely won’t be too far off its original
guidance (which has been withdrawn until the impact of the COVID-19 pandemic
becomes clear) which expected a total output of 27,000-30,000 gold-equivalent
ounces.

As you can see above, the main contributor to the gold-equivalent ounce sales was the Beta Hunt gold mine in Australia, which we will discuss separately later in this report.

The total revenue in the second quarter was
a record at approximately US$11M while the gross profit increased by
approximately 20% to US$6M compared to the first quarter of the year. Both the
administration expenses and project evaluation expenses decreased and this
resulted in Maverix reporting a net income of US$3.1M which is approximately
C$4M. The EPS in Q2 was US$0.03/share but this was based on the average share
count of 122.2M shares. Keep in mind the current share count is 128M shares as Pan
American Silver (PAA.TO, PAAS) used the proceeds from the sale of 10.35M
existing shares to exercise 8.25M warrants for gross proceeds of US$15.6M to
Maverix.

Our attention always goes towards the cash
flow statement as the income statement is obviously impacted by the depletion
and amortization expenses. Considering the acquisition of royalties and streams
is a sunk cost, those depletion expenses have no impact on the operating cash
flows which are traditionally much higher than the net income.

In the second quarter, Maverix reported an
operating cash flow of US$6.6M, but this excludes the US$0.5M interest payment
and includes a US$1.9M cash outflow related to the working capital position. So
if we would adjust the reported cash flow for these two changes, Maverix
generated an adjusted operating cash flow of almost US$8M.

The incoming cash flow from the gold sales
and the US$15.6M proceeds from warrant exercises by Pan American Silver allowed
Maverix to add almost US$20M in cash to its balance sheet. An additional US$10M
was drawn down from the credit line, and Maverix ended the quarter with
US$46.4M in cash and US$76M drawn down from the credit line for a net debt of
approximately US$29.6M. Subsequent to the end of the quarter, Maverix repaid
US$16M of the credit facility as there is less need for additional financial
flexibility now the initial COVID-19 scare has subsided and the operating
margins per attributable ounce of gold have never been higher.

During the second quarter, Maverix reached an agreement with Karora Resources (KRR.TO) to restructure the Beta Hunt royalty. As you may remember, Maverix owns a very profitable royalty on the Beta Hunt mine owned and operated by Karora Resources and as the latter continued to find gold at Beta Hunt, the high royalty payments (a 6% gold gross revenue royalty on top of a 1.5% net smelter return royalty on gold and nickel sales resulting in a total top line impact to Karora of 7.5% on the gold) that were agreed upon when Beta Hunt was still predominantly a nickel project were an issue for Karora as the company started to look for satellite zones that weren’t subject to the Maverix’s royalty. As Karora acquired the Higginsville open-pit mine where it could source ore to replace Beta Hunt ore, KRR flexed its muscles and provided a clear signal it wanted to renegotiate the Beta Hunt royalty structure.

This doesn’t mean Maverix just rolled over and capitulated, no. Negotiations with Karora ended up in a deal that we think is a win-win position for both parties. Karora ended up reducing the royalty payments while Maverix retained exposure to the project, ensured the continuation of cash flows, and received an upfront payment in cash.

Maverix agreed to reduce the royalty to
4.75% effective July 1st in consideration for US$18M in cash payable
in two tranches with the first US$15.5M payable in cash on closing and the
second tranche of US$2.5M payable in January 2021.

Initially, both parties agreed to a payment in cash and stock but a few weeks after the original announcement, Karora Resources released an update to the planned structure whereby Eric Sprott would acquire the corresponding amount of shares. This means Maverix will immediately receive cash payments which enhances the visibility of the incoming cash flow and reduces the market risk associated with holding Karora shares. A good solution for all parties involved.

So in return for reducing the royalty from 7.5% to 4.75% (minus 2.75%), Maverix received a total consideration of around C$24M given the current USD/CAD exchange rate. That’s interesting as this also ‘sets’ a value for the remaining 4.75%. Using the same valuation as Karora did to reduce the royalty, the current 4.75% royalty has a value of C$41.5M (just over US$31M using today’s exchange rates). That’s important as it means the book value of the Beta Hunt royalty is terribly undervaluing the economic value.

As of the end of the second quarter, the Beta Hunt Royalty had a book value of US$7.8M for the initial 7.5%. This implies a 4.75% NSR would have been valued at US$5.1M, just a fraction of the now deemed economic value based on the partial sale. This implies Maverix will record a capital gain on this Beta Hunt transaction. Selling the 2.75% royalty that has an implied book value of US$2.86M for US$18M will generate a capital gain of US$15M.

On a YTD basis, Maverix’s share price has underperformed virtually all of its peers, and there is no good reason to justify that underperformance. The balance sheet of Maverix looks very clean with net debt of just US$29.6M as of the end of June while the current gold price makes the Hope Bay expansion case more appealing and could double the royalty’s revenue to Maverix. Shandong and TMAC Resources (TMR.TO), the owner of the Hope Bay mine, are still waiting for takeover approval from the Canadian government, which is currently expected in Q4.

Q2 2020 should be the weakest quarter this
year both in terms of cash flow and attributable output, and we expect Maverix
to surf on the waves of a higher gold price in Q3 2020 as the current $2000
gold price is an excellent environment for Maverix to thrive in. The company
hasn’t issued a new production guidance yet but we would expect more clarity on
this shortly.

Meanwhile, Maverix has barely moved at all
since the start of this year, and the company’s share price performance has been
lagging its peers.

So while Maverix is trading at a lower price point than where it started the year, its peers have been trading substantially better and this could indicate Maverix could be poised for a move to catch up with its peers as the multiple on the operating cash flow Maverix is currently trading at (18 times the annualized Q2 result) is much lower than the 25-30 times cash flows other royalty and streaming companies are trading at.