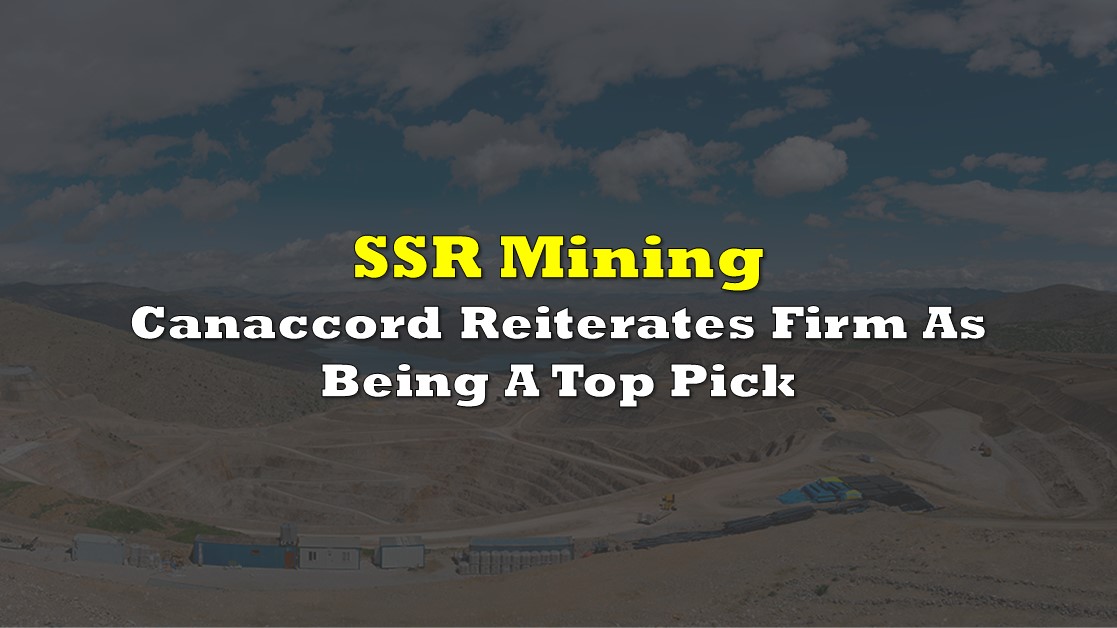 The company only has 5 analysts who cover the stock. Only one analyst raised their 12-month price target on the company, bringing the average up to $28.75. The street high comes from Cormark and sits at $36, while the lowest is $25.75. One analyst has a strong buy rating while the other 4 have buy ratings.

Canaccord raised their 12-month price target on SSR Mining to $26, up from $25, and reiterated their buy rating and it being Canaccords top pick. They say, “We reiterate SSRM as our Top Pick in the mid-cap precious metals space following yet another strong set of results, bolstered further by robust execution on the share buyback program in Q2.” They believe that the company has a good set of assets that are just showing value now which is complemented by the companies strong operations.

The company beat all of Canaccord’s financial and production estimates, which mainly came from strong grades coming out of Seabee. Below you can see Canaccord’s estimates.

Canaccord points to two mines in SSR’s portfolio to watch, the first being Copler. They say that with the flotation plant now complete, the permits to start production is expected imminently. The other is the Seabee mine, with Gap HW getting upgraded next year, while the Santoy HW is currently being drilled and the viability and maiden resource to be released in 2022.

The post SSR Mining: Canaccord Reiterates Firm As Being A Top Pick appeared first on the deep dive.