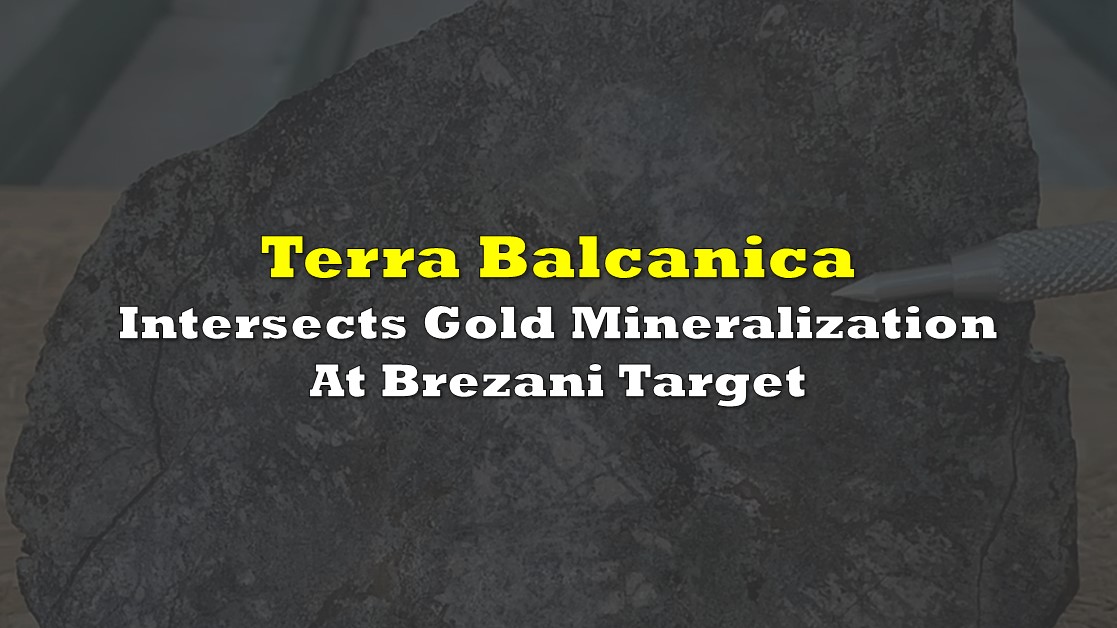 The latest assay results are in for Terra Balcanica (CSE: TERA). The company is currently in the process of drill testing its Viogor-Zanik project, found in Bosnia and Herzegovina, where it has reportedly made a gold discovery.

Intercepts released this morning come from the Brezani target, where maiden drill holes are said to have identified a gold bearing system. The discovery is said to bring a third style of mineralization into the mix at the Viogor-Zanik project, where the firm has also identified polymetallic discoveries.

Highlights from the drill results include:

The Brezzani target sits 12 kilometres southeast of the recent Cumavici discovery, and is said to coincide with a “resistive volume of rock above a large conductivity anomly.” That anomaly is believed to represent porphyry style mineralization, and currently remains untested, while also being labeled as a priority during for the 2023 drill campaign. Brezzani remains open at depth, with the recent drilling said to have terminated in elevated gold mineralization, found at a depth of 215 metres.

WATCH: Terra Balcanica: A Pivotal Year Ahead – With Aleksandar Miskovic

“The Viogor-Zanik project is clearly underexplored as we have identified a number of quality exploration targets through our detailed targeting in 2021 and we have now confirmed three different styles of magmatic-hydrothermal mineralization. The intercepted metasomatized hornfels suggests that we are in the upper part of a large retrograde skarn-porphyry system at Brezani with the gold mineralization encountered from surface and a significant potential for either a deeper porphyry or a sulphide rich Cu-Au proximal skarn mineralization,” commented CEO Dr Alex Miskovic.

Terra Balcanica last traded at $0.09 on the CSE.