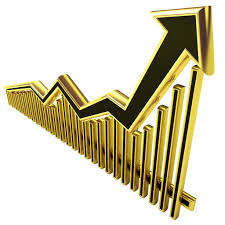 The Fed is aggressively hiking rates to curb raging inflation which is causing the USD to be overbought but, as it inevitably mean reverts lower, big gold-futures buying will be unleashed.

What follows is a severely abridged (477 words) paraphrasing of an extensive article (2485 words) by Adam Hamilton (zeallc.com) on what is expected in the months ahead regarding the price of gold and mining shares and the reasons for it.

The typically-meandering dollar benchmark, the U.S. Dollar Index (USDX), has blasted higher on forceful Fed tightening soaring 0.8% last Friday (and another 1.0% higher this past Monday) on a red-hot U.S. headline inflation report showing an increase of 8.6% year-over-year compared to expectations for an 8.3% gain which was the metric’s fastest surge since way back in December 1981, a scary 40.4-year high! Realizing this would light a fire under the Fed, traders flooded into the U.S. dollar and the U.S. stock markets plummeted almost 10% in just four trading days formally hammering it into bear-market territory, down 21.8% since its latest all-time closing high in early January.

Serious stock-market selloffs spawn flight-to-cash safe-haven dollar buying and that dollar rush accelerated when the Fed executed the biggest rate hike since November 1994! The USDX surged to 105.5 and that proved an extreme 19.5-year secular high!

Extreme over-bought-ness never lasts long, since the kinds of parabolic moves necessary to spawn it are fueled by extreme popular greed. That seduces the great majority of traders into going all-in, exhausting their capital firepower for buying which only leaves room for selling, which soon pounds unsustainable price extremes back down to normal levels. That inevitable mean reversion lower is imminent in the U.S. dollar as, even if the Fed ups its federal-funds rate another 50bp or even 75bp in late July, that won’t surprise traders who are now expecting aggressive hikes.

The Fed has never before attempted such an uber-hawkish hard pivot, launching a big-and-fast rate-hike cycle in concert with reversing quantitative-easing (QE) through unprecedented levels of quantitative-tightening (QT) so, no matter what Fed officials do next, this ultra-aggressive tightening will have little shock value going forward and that means the multi-decade-highs and extraordinarily-overbought US Dollar Index is increasingly likely to mean revert sharply lower which is super-bullish for gold so this secular gold bull’s next up-leg,  that was probably just born this week, ought to power at least 25% higher. That would propel gold to $2,259 and it could prove much larger given this dreadful inflationary backdrop. Gold prices ought to at least double before this raging inflation runs its course, which would carry it up around $3,450 sometime in the coming years! It’s hard to imagine a more bullish environment for gold.

The biggest beneficiaries of much-higher gold prices in coming months and years will be fundamentally-superior mid-tier and junior gold stocks. Their profits really leverage gold, enabling their stock prices to greatly amplify its gains. These ideal-sized gold miners are able to grow their outputs on balance while holding the line on costs, driving fat earnings. Their stock prices will soar as gold resumes powering higher.

The bottom line is this lofty extraordinarily-overbought US dollar is super-bullish for gold.