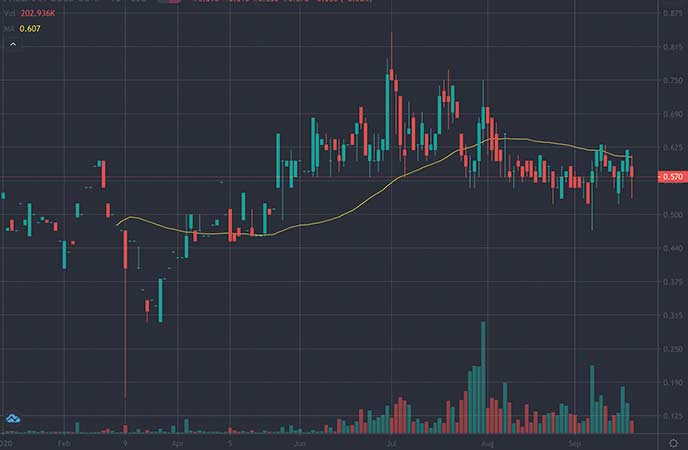 Gold Stocks to Watch Before The End Of Q3

For all investors, 2020 has been an interesting year. With COVID-19 causing the S&P 500 to drop by almost 35% in a little over a month in early 2020, investors had little hope about the future. But, after the massive bear market ended shortly after, the stock market quickly rebounded. This rebound meant that many stocks, including gold stocks, quickly shot up to their pre-COVID levels or even higher. So far in 2020, we have seen gold stocks become extremely popular alongside the return of the bull market.

Year to date, the price of gold is up by almost 30%, vastly beating out the S&P 500’s return of less than 5% during that same period. Because of this, many investors believe that gold has a great deal of opportunity to continue performing well. With investors showing bullish sentiment toward the price of gold, many gold stocks have seen a similar sentiment from investors.

One of the major factors behind this bullish sentiment is the steps that the U.S. government has taken to secure the future of the economy. By lowering interest rates to near zero in combination with an unlimited quantitative easing program, the value of the U.S. dollar is presumably threatened. With inflation being almost inevitable at this point, investors may turn to gold in higher numbers than previously imagined. With that in mind, let’s take a look at some interesting gold stocks to watch before October 2020.

Freeman Gold Corp. (OTC: FMANF Stock Report) (CSE:FMAN) may not be a gold stock you have heard of, but the company is doing a lot to produce solid forward momentum. Since the end of March, FMAN stock has shot up by over 65%. For those who don’t know, Freeman Gold focuses on acquiring land that is then developed into mining projects. In Idaho, Freeman has made its mark after acquiring the parent company of Lower 48 Resources Ltd. This acquisition gave Freeman Gold the rights to the famed Lemhi Gold Project based in Lemhi County, Idaho.

With this acquisition, Freeman Gold has access to a mine that has the potential to produce gold in the range of 1.5m to 2m ounces. Currently, there are as many as 355 holes drilled in the project. In 2019, the Fraser Institute ranked Idaho as No. 8 in the world in terms of its mining attractiveness. With the Lemhi Project, we see that Freeman Gold could have a long and bright future ahead.

Toward the end of its most recent third quarter, Freeman announced that it had acquired a back-in right from Yamana Gold over the Lemhi Project. Additionally, earlier this quarter, Freeman also acquired the Moon #100 and Moon #101 unpatented mining claims, located within the historical resource area of its Lemhi project. The Moon Claims are in the immediate vicinity of historical drill holes 86065, 93002 and 93005 which contain significant gold mineralization including both broad (193.55 meters of 1.8 grams per tonne gold (‘g/t Au’)) and high grade (57.91 meters of 4.09 g/t Au) gold intercepts.

Kinross Gold Corp. (K Stock Report) is one of the leading Canadian gold mining companies. Recently, BMO Capital announced that it had raised its rating to outperform with a price target of roughly $14.25 per share.

This is due to some positive shifts in Kinross’s operations that it announced for the near future. The company stated that it plans to increase its production by 20% throughout the next three year period. In addition, it announced that it should be able to pull in a greater amount of cash flow while decreasing its costs in the same period.

Kinross said that it will accomplish this through a “three-year major capital reinvestment phase.” That update has brought a lot of bullish sentiment into Kinross Gold which comes right alongside the increasing price of gold. In addition, after a 7-year hiatus of dividends, the company has announced that it will be paying out roughly $0.03 per share quarterly. This number shows an annual yield of roughly 1.2% at its late-September share price. As a leader in the gold mining industry, Kinross Gold represents the top tier of gold stocks to watch.

Eldorado Gold Corporation (ELD Stock Report) is another top gold stock to watch. Through its subsidiaries, Eldorado engages in many aspects of the gold mining industry. This includes exploration, development, production and the sale of mined products.

[Read More] What Are The Best Silver Stocks To Watch In September 2020? 4 To Know

Interestingly enough, Eldorado has operations in many countries around the world. This includes Canada, Turkey, Greece, Brazil and more. Although it does produce silver, lead, zinc and other metals, Eldorado primarily engages in the production of gold. As of late 2020, the company operates five mines. This includes the Lamaque Mine in Canada, the Olympias and Stratoni mines in Greece, and the Kisladag and Efemcukuru mines in Turkey.

In the past six months, shares of ELD stock have shot up by over 120%. While this is common in the gold mining industry since the start of COVID, it is still a strong gain to consider. As of late September, Eldorado has a market cap of roughly $2 billion. In addition, it reported an incredibly strong second-quarter result. All of this information has led investors to believe that Eldorado may be undervalued at its current share price. But, investors should use the information available to make that decision on their own.

IAMGOLD Corp. (IMG Stock Report) is another leader when it comes to mining gold and other resources. The company states that it is involved in the exploration, development and production of several gold producing mines around the world. As of September, IAMGOLD operates several mines including the Westwood mine in Quebec, the Cote Gold project in Ontario, the Rosebel Mine in Suriname, the Essakane mine in Burkina Faso and more.

Since March, shares of IAMGOLD have shot up by as much as 77%. This has led to many investors taking note of the company. Year over year, IAMGOLD has seen its revenue grow by over 15% which is quite substantial. In addition, the company has improved its year over year cash on hand amount by roughly 36%. With a profit margin of around 9%, IAMGOLD is a major competitor in the small cap gold mining industry.

If all that wasn’t enough, the company also beat its EPS expectations in its latest second quarter by almost 3%. With a solid amount of exposure to the gold mining industry, many investors believe that IAMGOLD is quite a diversified gold stock to watch. If we look at the 3-month trend of IAMGOLD stock’s price, we see some great fluctuations and volatility. But, on a longer-term basis such as the five year period, IAMGOLD has remained relatively stable. With this information, investors should be able to decide whether or not IAMGOLD is a gold stock to watch.

The post Top Gold Stocks To Add To Your Watch List This Week appeared first on Gold Stocks to Buy, Picks, News and Information | GoldStocks.com.