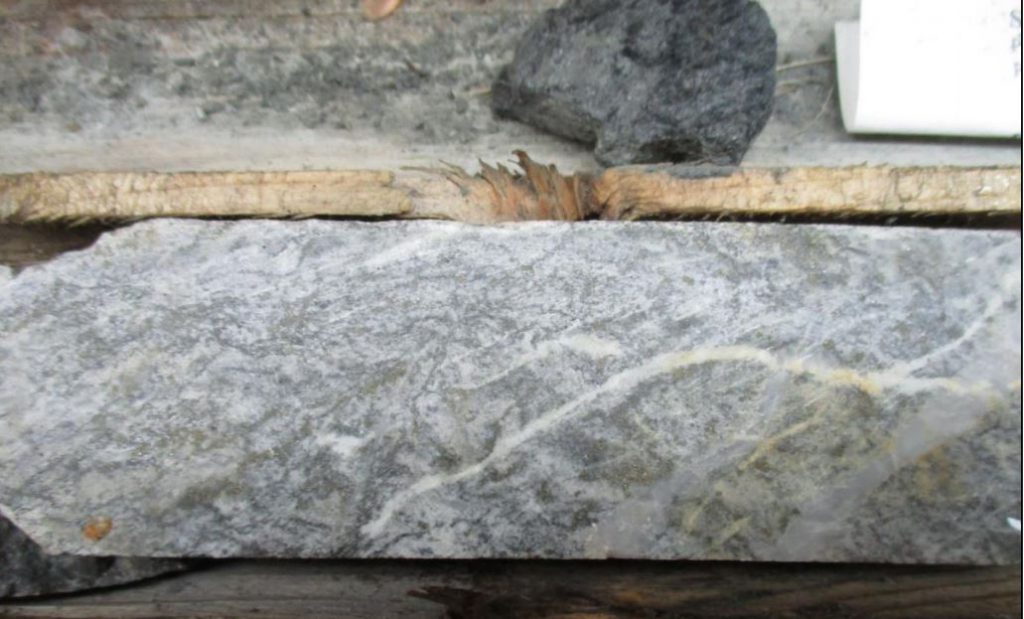 Mistango River Resources Inc. [MIS-CSE] has identified multiple gold intercepts at its Omega Gold Project McVittie Township, Ontario, adjacent to the town of Larder Lake, including one that yielded 13.83 g/t gold over 1 metre in hole OMG22-006. Mistango will follow up on these gold intercepts at the Omega Gold Project in a subsequent drill program.

Mistango is planning to follow up this program at Omega to expand the known high-grade zones and test for additional gold zones. Mistango will seek to drill five 500-metre holes in the Southwest Extension. This area was not part of the winter program due to permitting challenges, which have since been resolved. This round of drilling will test beneath previous high-grade intercepts on Omega.

The Omega Project consists of two adjacent and contiguous blocks of properties; one block that includes the Omega Mine Resource and another block to the southwest of the mine properties that is referred to as the Southwest Zone. The Omega Mine historically produced gold during two periods, first in the 1920’s and again from 1935 to 1947. The project has all-season roads, access to an electrical power grid, and its location within a large and active gold mining district.

Preparation for a new drill program on Mistango’s Kirkland Lake West Project is set to begin. This program will follow up on January’s 86.2 g/t gold intercept in hole BAL21-024 at 922.81 to 923.31 metres. The plan is to wedge off of hole BAL22-025 and to test the mineralization 100 metres below and 100 metres east and west of the most recent high grade intercept. Mistango will also drill unfinished drill holes from the Winter drill program into the same geophysical anomaly. Lastly, the team will drill beneath BAL21-021 as the grade appears to increase with depth. The Company hopes that this drill program will test the continuity of mineralization from the adjacent Macassa mine to Mistango’s Kirkland Lake West mine.

The Kirkland West Project is adjacent to Agnico Eagle Mines Ltd. [AEM-TSX, NYSE] Macassa Mine and includes two main zones, the Baldwin Zone and the Eby Zone that are distinguished by different geological settings. The Baldwin Zone includes land holdings in the western Teck, Grenfell and Eby townships and shares a similar geological setting with the Kirkland Lake mining camp.

As a part of Mistango’s $60 million strategic partnership with Agnico Eagle, Mistango is preparing its exploration and drill budgets for 2023.