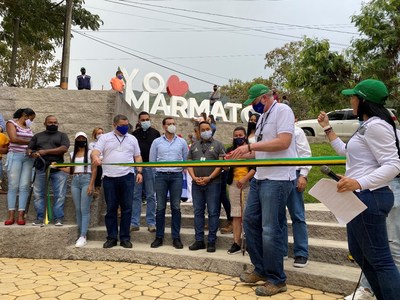 Aris Gold (TSX:ARIS) and GCM Mining have announced a signed merger deal that will make the combined company the largest gold mining company in Colombia. GCM will acquire Aris Gold for all of the remaining shares it does not already own. The company will purchase the remaining outstanding shares at an exchange ratio of 0.5 of a GCM share for every Aris Gold share. The merged company anticipates a balance sheet of $397 million in cash and $260 million in additional committed funding. Once the transaction is completed, it will become a large-scale gold mining company that the companies have said will be “top-of-the-class” among the junior producers in the Americas. The deal is currently scheduled to close following the companies’ shareholder meetings which are scheduled in mid-September 2022.

Once combined, it will also be Colombia’s biggest company and will continue to operate under the Aris Gold name, headquartered in Vancouver, Canada. The total consolidated business will have a mix of exploration, development, and production assets across the Americas and will be led by Neil Woodyer as CEO and director. The company’s project portfolio will ultimately span Soto Norte, Marmato Mine, and Segovia operations in Colombia, the Juby project in Ontario, Canada and in Guyana, the Toroparu project. The final merged company expects to have proven and probable mineral reserves of 3.8Moz of gold and 18.3Moz of measured and indicated mineral resources of gold.

In a press release, Aris Gold chairman Ian Telfer commented:  “The combined group creates a top-in-class company with multiple tier one assets. After Aris Gold became the operator of the Soto Norte joint venture, joining forces with GCM became a logical next step. Our increased scale will also broaden our future opportunities to continue building a +1 million ounce (oz) producer over the next few years.”

GCM executive chair Serafino Iacono commented: “Each team has unique strengths with GCM being the Colombian leader for responsible, sustainable mining practices. Together with Aris Gold’s Board and management, the combined group brings a track record of building sizable and successful mining companies; this transaction further diversifies the company’s portfolio and reaffirms Colombia as an area of focus. While I am stepping down from a day-to-day executive role, I will remain a director and adviser on matters in Colombia, as well as an enthusiastic security holder.”

Highlights of the transaction are as follows: