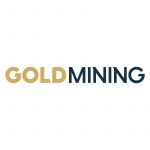 GoldMining Inc. [GOLD-TSX, GLDG-NYSE American] said Thursday it has discovered the extension of its Garrucha target at the La Mina project, which is located in Antioquia, Colombia.

The company said the discovery is confirmed by initial assay results from the first two holes of a six-hole (3,600-metre) drilling program at La Garrucha, which is located less than one kilometre to the east and immediately adjacent to existing mineral resources at the La Mina project.

In January, 2022, the company released a preliminary economic assessment, which it said provides a compelling base case assessment for a mining operation with additional potential available through proposed exploration of the adjacent La Garrucha deposit.

The PEA envisaged an open pit mining scenario sourcing material from the La Cantera and Middle Zone deposits. It forsees production of over 1.0 million gold equivalent ounces over a 10.4-year mine life, with an annual average of 102,000 ounces. The all-in-sustaining cost is estimated at US$698 an ounce (net of by-product credits).

Drill-ready targets on the adjacent La Garrucha deposit were not included in the PEA.

GoldMining CEO Alastair Still said results released on Thursday build upon the La Mina PEA. “Our team believes that the Garrucha target remains open for expansion and is shaping up as a third possible porphyry deposit which could contribute potential additional resources to lead the growth of the La Mina Project,” Still said.

The PEA outlines a proposed operation that is designed to produce a single copper concentrate containing gold and silver credits with minimal deleterious elements.

The company said the relatively low capital cost of $299.5 million is the result of the project’s proximity to established infrastructure, including roads, power and available workforce.