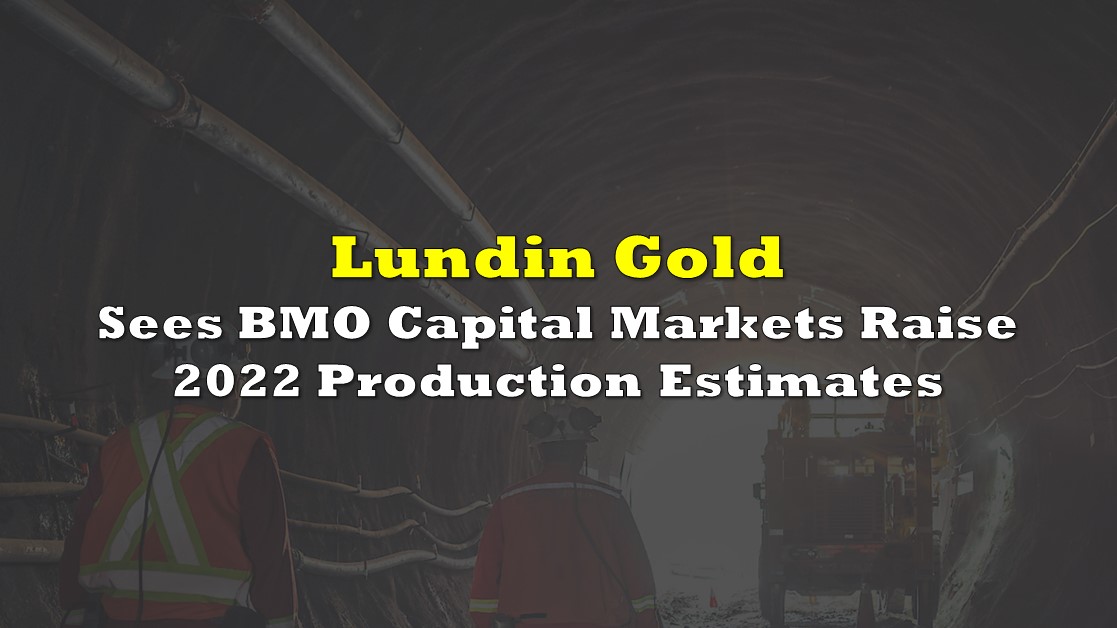 Last week, Lundin Gold Inc. (TSX: LUG) announced its second-quarter production results. The company said it produced 111,890 ounces of gold, made up of 75,730 ounces of concentrate and 36,160 ounces of doré. This is a slight increase in total production from the second quarter of 2021, when they produced 108,799 ounces of gold.

Lundin Gold currently has 9 analysts covering the stock with an average 12-month price target of C$14.58, or an upside of 72%. Out of the 9 analysts, 7 have strong buy ratings while the other 2 have hold ratings. The street high sits at C$15.50 from 2 analysts and represents an 82% upside to the current stock price.

In BMO Capital Markets’ note on the production results, they reiterate their outperform rating and C$15 12-month price target on the stock, saying that the company beat their estimates and they are expecting the second half of 2022 to continue with strong production results.

On the production results, BMO expected Lundin to produce 107,000 ounces, saying that this is the eighth quarter that the company has exceeded its expectations. They attribute the beat to a slightly better-than-expected grade, as the company reported 10.3 grams per tonne versus their 10 grams per tonne estimate.

Additionally, they expect that Lundin will continue to showcase strong production results, saying that the second quarter production puts the company to meet or exceed its full-year guidance of 405,000 to 445,000 ounces. BMO says, “After record production in Q1/22 and a solid Q2, we continue to expect that LUG will moderately exceed its guidance — we are increasing our 2022 production estimate to 454koz from 449koz.”

Lastly, BMO believes that the Ecuador protests have caused a minimal impact on the companies production, saying that the strikes ended on June 30 and “appeared to only moderately impact LUG’s gold sales.”