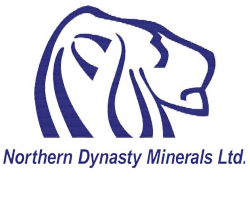 Shares of Northern Dynasty Minerals Ltd. traded more than 22% higher after the Vancouver mining firm reported it entered into a life-of-mine royalty agreement for non-core metals which may provide up to $60 million in proceeds.

Vancouver explorer and developer Northern Dynasty Minerals Ltd. (NDM:TSX; NAK:NYSE.MKT), which through its wholly owned subsidiary Pebble Ltd. Partnership is focused on advancing the Pebble Project in southwest Alaska, today announced that “it has entered into an agreement with an investor to receive up to $60 million over the next two years, in return for the right to receive a portion of the future gold and silver production from the Pebble Project for the life of the mine.”

The company stated that upon signing the agreement it received the first initial payment of $12 million from the investor (royalty holder).

The Pebble Partnership is a U.S. entity that is solely focused on advancing the world-class Pebble deposit towards permitting, construction, and development into a modern mining operation.

The Pebble Project is considered to be one of the world’s largest undeveloped copper-gold-molybdenum-silver-rhenium resources with an estimated measured and Indicated resource of 6.5 billion tonnes. According to the most recent estimates, the Pebble Deposit is said to contain 57 billion pounds copper (57Blb Cu), 71 million ounces gold (71 Moz Au), 3.4 Blb molybdenum (Mo), 345 Moz silver (Ag), and 2.6 million kilograms rhenium (2.6 Mkg Re). In addition, the deposit includes an Inferred resource of 4.5 billion tonnes thought to host 25 Blb Cu, 36 Moz Au, 2.2 Blb Mo., 170 Moz Ag, and 1.6 Mkg Re, along with the added potential for palladium (Pd) extraction which also is evident in the deposit.

Northern Dynasty Minerals’ President and CEO Ron Thiessen stated, “It has become clear to us that to develop a world-class mineral deposit like Pebble requires time, patience, and sufficient liquidity to successfully navigate the established legal process and continue ongoing efforts to work with the people in the region … This financing gives us the financial wherewithal to keep fighting against what we consider to be unfounded interference by U.S. Federal Government agencies in an otherwise well-established, legal permitting process, as well as to deal with challenges from well-funded parties from outside the area that lack scientific or other factual studies to support their opposition.”

The company stated that under the terms set out in the Agreement that upon signing the Royalty Holder made an initial required payment of $12 million. In return, the investor will be paid 2% of the payable gold production and 6% of the payable silver production from the Pebble Project based upon a predetermined formula that provides that “in each case after accounting for a notional payment by the Royalty Holder of $1,500/oz Au and $10/oz Ag, respectively, for the life of the mine.” Northern Dynasty advised that in the event that future spot prices rise to higher than $4,000/oz Au or $50/oz Ag, the firm would share in 20% of the excess price for either metal.

The report noted that the agreement provides the Royalty Holder with the option to invest additional funds in $12 million increments up to a total of $60 million under the same specified terms for two years after signing. If the investor decides to exercise these rights, they would be allowed to acquire up to 10% and 30% of the payable gold and silver production, respectively.

The firm’s EVP of Corporate Development Adam Chodos commented, “It was important to us that we improve our liquidity without issuing equity at what we consider depressed prices. We are pleased to reach an agreement that can raise significant capital over the next two years in return for the right to buy a small portion of future, non-core gold and silver production from the Proposed Project while keeping 100% of the copper production.”

CEO Thiessen added, “As I have said many times before, a large amount of copper is critical for the generation and transmission of electricity, and we believe the world needs to develop the few world-class copper assets that have been discovered in order to have any chance of meeting its green energy goals…The Pebble Project represents an enormous amount of value, both to Alaskans and to the rest of the U.S., and we believe that value should increase significantly as the expected supply/demand imbalance leads to future copper price increases.”

Northern Dynasty is a Vancouver, B.C.-based mineral exploration and development firm. The company’s primary asset is the Pebble Project in Alaska which it manages thru its 100% owned Pebble Partnership domiciled in Anchorage, Alaska. The firm indicated that the Partnership owns a 100% interest in a contiguous block of 1,840 mineral claims covering approximately 274 sq. mi. in Alaska which includes the Pebble deposit. The company claims that the Pebble property is “the world’s largest undeveloped copper-gold-molybdenum-silver-rhenium resource.”

2) The following companies mentioned in this article are billboard sponsors of Streetwise Reports: None. Click here for important disclosures about sponsor fees. As of the date of this article, an affiliate of Streetwise Reports has a consulting relationship with None. Please click here for more information. The information provided above is for informational purposes only and is not a recommendation to buy or sell any security.

3) Comments and opinions expressed are those of the specific experts and not of Streetwise Reports or its officers. The information provided above is for informational purposes only and is not a recommendation to buy or sell any security.
4) This article does not constitute investment advice. Each reader is encouraged to consult with his or her individual financial professional and any action a reader takes as a result of information presented here is his or her own responsibility. By opening this page, each reader accepts and agrees to Streetwise Reports’ terms of use and full legal disclaimer. This article is not a solicitation for investment. Streetwise Reports does not render general or specific investment advice and the information on Streetwise Reports should not be considered a recommendation to buy or sell any security. Streetwise Reports does not endorse or recommend the business, products, services or securities of any company mentioned on Streetwise Reports.
5) From time to time, Streetwise Reports LLC and its directors, officers, employees or members of their families, as well as persons interviewed for articles and interviews on the site, may have a long or short position in securities mentioned. Directors, officers, employees or members of their immediate families are prohibited from making purchases and/or sales of those securities in the open market or otherwise from the time of the decision to publish an article until three business days after the publication of the article. The foregoing prohibition does not apply to articles that in substance only restate previously published company releases. 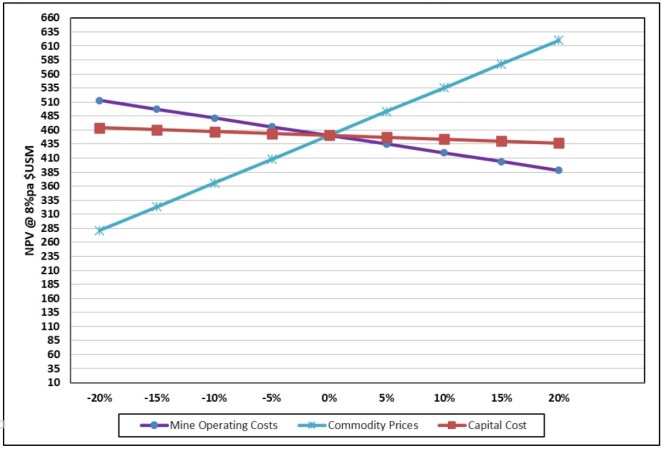 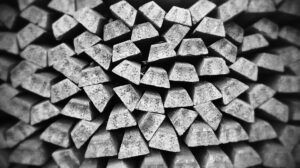