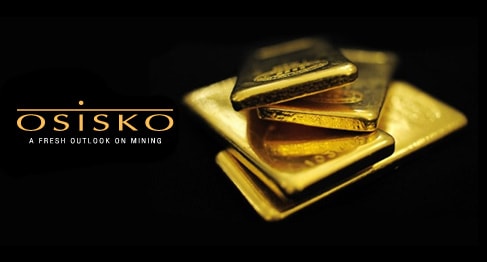 Osisko Development Corp. [ODV-TSXV] has released a preliminary economic assessment (PEA) for its flagship Cariboo gold project in British Columbia that targets an initial gold pour in the first quarter of 2024.

The PEA illustrates potential economics for a low cost, large scale underground gold mine, with industry-leading operating costs. It envisages total gold production of 2.8 million ounces of gold over a 12-year lifespan, or average annual production of 236,000 ounces with an all-in-sustaining cost per ounce of US$962 an ounce.

However, the PEA advocates a phased construction approach with initial construction enabling a 2,000 tonne-per-day operation, before expanding to 8,000 tonnes per day.

The project is located in the historic Wells-Barkerville mining camp and consists of three different sites, including the Mine Site Complex near the District of Wells, the Bonanza Ledge site and the QR Mill.

The PEA is based on the updated underground mineral resource estimate from the 2021 diamond drill campaign and current costs and economic estimates.

Osisko Development is a company that was set up to hold a basket of assets that were spun out by Osisko Gold Royalties Ltd. (OR-TSX, OR-NYSE).

“The PEA builds on previous technical work while incorporating the results of extensive drilling together with several improvements and optimizations,’’ said Osisko Development Chair and CEO Sean Roosen.

“The project provides an attractive potential gold production profile of approximately 297,000 ounces per year when operating at 8,000 tonnes per day over an 8-year period, making it one of the premier gold development projects in North America and key socio-economic contributor to the Cariboo region, particularly in Wells, Quesnel, and surrounding areas, and the Province of B.C.,’’ he said.

Roosen said the PEA highlights a phased approach with an initial project able to produce 75,000 ounces per year at low capital cost, but most importantly providing access to the deposits from underground to do further exploration and seek to unlock more potential value outside the current mine design that has an average mine depth of 350 metres. The initial capital requirement is estimated at $121.5 million.

“We believe this is a more prudent approach in the actual economic context without compromising the full potential of the Cariboo Gold Project.’’

A net smelter royalty of 5.0% payable to Osisko Gold Royalties Ltd. is the only royalty that applies to the project.