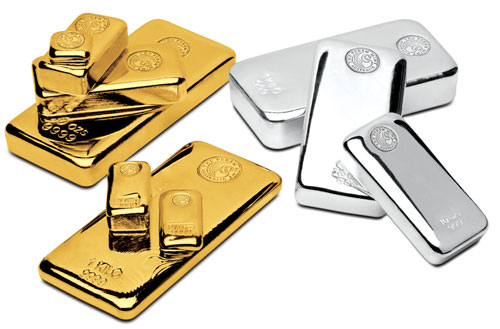 Over the last month, the #goldprice has staged a significant recovery from September lows.

After falling below US$1,620 on three occasions since September, the metal is #trading near US$1,790 as we write, a recovery of nearly 11%.

Gold prices are now flirting with the US$1,800 level again as the dollar softens ahead of a key round of inflation data, OANDA analyst Ed Moya said this morning.

“It starts on Friday (US time) with an expected deceleration with wholesale price gains and later that morning the University of Michigan inflation expectations that are expected to remain steady,” he says.

“On Tuesday, we will get the November Inflation report that should see price pressures continue to ease and on Wednesday we get the Fed.

“The FOMC is expected to downshift to half-point pace but traders will care to see what they have to say about the trend of inflation and where rates could peak.”

Gold looks like it will find a home around the US$1800 level until we have better indications with the path of prices, Moya says.

“Key resistance remains the US$1830 level with decent support at the US$1750 region.”

Is this rally the real deal?

While recent momentum might suggest that gold is staging a structural turnaround into 2023, Metals Focus says this rally is “unlikely” to be sustainable.

It says much of the action has been exaggerated by the positioning of longs and shorts in the market before events, like a weak US CPI report, triggered short-covering or liquidations.

A short position is generally the sale of a stock/asset you do not own. Investors who sell short are betting the price of gold, for example, will decrease.

If the price drops, they can buy it back at the lower price and book a profit. But if the price rises and they’re forced to buy it back later at the higher price, they incur a loss.

‘Short covering’, in this case, refers to buying back borrowed gold to close out an open short position potentially at a loss, which forces the price even higher.

“Given the aggressive rate hikes this year, CME data suggests that money managers had maintained a net-short position on gold [expecting it fall] for ten consecutive weeks starting in early September. This in turn was led by the aggressive long positioning in the US dollar [expecting it to rise].

“Given the extended positioning both on the long side (for the dollar) and the short side (gold), much of the recent price moves in gold have been triggered by short covering rather than fresh buying,” Metals Focus says.

“To put this into context, gross money manager shorts (as of 29th November) have slumped by 60% since their peak of 11.7Moz at end-September,” Metals Focus.

“By contrast, gross longs have risen by just 16% during the same period.”

Metals Focus is also bucking the trend with its bearish predictions for gold in 2023.

“We believe that this rally is unlikely to be sustainable as the yellow metal has to contend with rising real yields in 2023, which will raise the opportunity cost of holding gold and, in turn, undermine investor sentiment once the ongoing relief rally in global financial markets fades,” it says.

As do a slew of experts in our biblically long (but indispensable) Commodity Predictions For 2023 yarn.

So, who’s right? Only time will tell.

The post Gold Digger: Is this precious metals rally the real deal? appeared first on Stockhead.