C2C Gold Corp [CTOC-CSE] has named Janet Sheriff as interim CEO following the resignation from Lori Walton, who stepped down for personal reasons, the company said.

The board has established an executive committee to select a new CEO. Meanwhile, Walton will continue to serve as a director and consultant. The aim is to provide continuity while the company advances its gold exploration projects in Newfoundland.

C2C shares were unchanged at 25 cents and currently trade in a 52-week range of 58 cents and 13 cents.

C2C Gold is a mineral exploration company with a focus on the acquisition and development of mineral projects in Newfoundland. The company holds the Millertown, Badger and Barren Lake projects, which are all located in the Central Newfoundland Gold Belt, where C2C previously held 4,419 claims covering a 100- kilometre-long structural trend.

The company has said the acquisition of this ground by staking is part of a strategic initiative to grow C2C into a leading company in Newfoundland’s rapidly emerging gold exploration boom.

The company also holds one of the largest land packages, with several prominent projects, within the prolific White Gold and Klondike districts of the Canadian Yukon

“C2C is now preparing to commence its 2022 season with several drill ready targets and we will continue, with our technical team, to unlock the potential value of our projects in the Central Newfoundland gold belt,’’ Sheriff said.

C2C was recently granted an option to acquire a 70% interest in a basket of claims in the central Newfoundland gold belt, a move that added to its existing substantial holdings in the region.

The South Tally property is contiguous with the southeast boundary of C2C’s Barrens Lake property.

Buchans holds interests in zinc, lead and silver properties in Newfoundland via its shareholding in Xtierra Inc. [XAG-TSXV].

In order to exercise the first option, C2C agreed to issue 100,000 shares to Buchans and fund $1.5 million worth of exploration expenses on the properties. 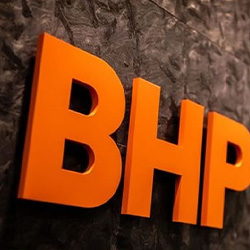