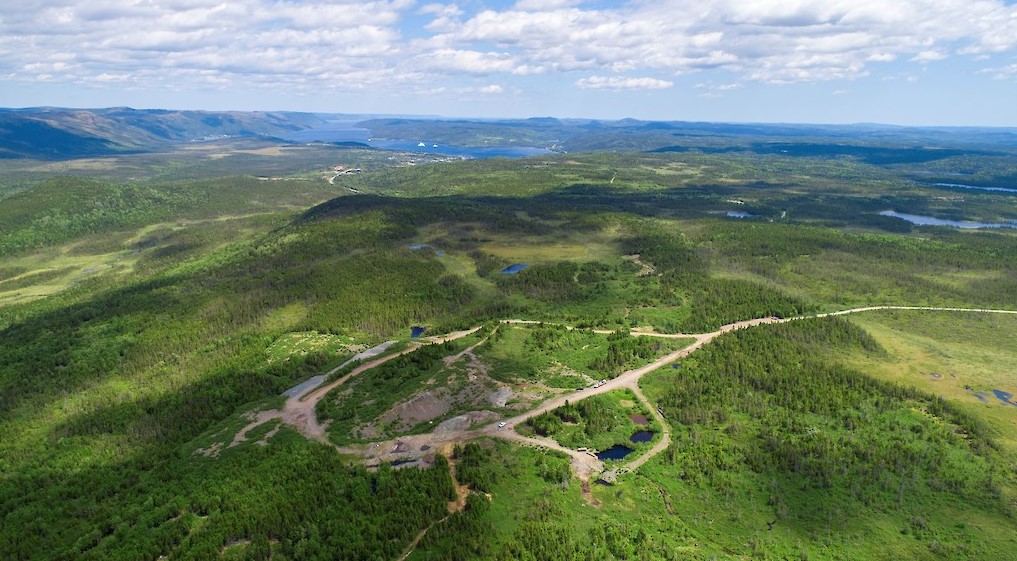 Maritime Resources Corp. [MAE-TSXV] provided an update on exploration activities near the 100%-owned Hammerdown gold project in the Baie Verte mining district of Newfoundland and Labrador, Canada, near the towns of King’s Point and Springdale.

Maritime is currently conducting a 5,000-metre diamond drill program near Hammerdown, focusing on near-mine exploration targets along the 3-kilometre trend between the Orion project and the Golden Anchor zone

Garrett Macdonald, president and CEO, commented, “Maritime’s 5,000-metre fall 2022 exploration program is approximately 50% complete, with 13 drill holes drilled at the Area 22 target and 6 drill holes at the Orion deposit. Initial results form both areas are very encouraging with new mineralization encountered at Area 22 stretching over 500 metres in strike length, 100 metres vertically and remaining open in all directions. At the Orion project, the results have improved the continuity of a high-grade mineralized shoot within the larger deposit. Since the completion of the positive feasibility study for the Hammerdown Gold Project, the company’s exploration team has focussed on identifying near mine exploration targets that could extend the project’s mine life. These results are very positive for our plans and we look forward to additional results in the new year.”

Exploration at Orion is currently focused on additional definition drilling in the deposit’s central corridor to test for possible plunging high-grade mineralized shoots. To date, six drill holes have been completed and assay results have been received for three.

Sampling of existing and historic drill holes is ongoing and has identified additional mineralized lenses within the deposit. These additional lenses have proven to be inconsistently sampled in prior drilling and additional infill sampling has been conducted on available drill cores in drill holes BB-20-104, BB-20-106, BB-20-107 and BB-20-114. This resampling identified appreciable gold grades in all 4 holes. Sampling of drill hole BB-20-114 returned an updated composite grade of 2.98 g/t gold over 8.4 metres from 22.5-30.9 m, including a newly sampled discrete quartz vein returning 93.85 g/t gold over 0.2 metres.

Maritime holds a 100% interest – directly and subject to option agreements entitling it to earn 100% ownership in the Green Bay Property. This includes the former Hammerdown gold mine and the Orion gold project plus the Whisker Valley exploration project, all located in the Baie Verte Mining District near the town of King’s Point, Newfoundland and Labrador.

The Hammerdown Gold Project is characterized by near-vertical, narrow mesothermal quartz veins containing gold associated with pyrite. Hammerdown was last operated by Richmont Mines between 2000 and 2004. The company also owns the gold circuit at the Nugget Pond metallurgical facility in Newfoundland and Labrador, the Lac Pelletier gold project in Rouyn Noranda, Quebec and several other exploration properties in key mining camps across Canada.